Paula Chow, who has led the Davis International Center since its founding in 1974, plans to retire at the end of this academic year on June 30. 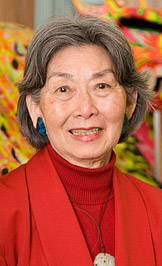 What started for Chow as volunteer work grew into first a part-time job and then a full-time position. "I never thought of it as a job," she said recently in an interview. "It was always open-ended. Then every year, I didn't want to leave. It's really been a ride." Read more. 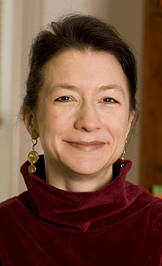 University offices that interact with Princeton's international students and scholars are undergoing a major restructuring this year that is intended to provide improved and more comprehensive services.

The reorganization has several components, including:

• The staff of the Office of Visa Services will move from the Office of the General Counsel to the Davis International Center on July 1.

• All of these offices will move under one roof at 36 University Place in the fall.

"By creating a more centralized structure for international student and scholar services, we're striving to avoid duplication of services for some constituencies, address the need for more services for other groups, ease communication between service units and academic departments, and ensure the highest level of effectiveness among all service units by clarifying the functions and goals of each unit and applying a comprehensive, strategic approach," Davies said.

The plan is the continuation of work begun in October 2007 by Princeton President Shirley M. Tilghman and Provost Christopher Eisgruber when they proposed initiatives that map out an international vision for the University. One result was the hiring of Davies, who worked with history professor Jeremy Adelman, the inaugural director of Princeton's Council on International Teaching and Research, to develop a plan for better serving Princeton's international students and scholars.

"As an amalgamation that's evolved over the years, our international student and scholar services have relied on … the goodwill of staff who have met needs as they have arisen, often beyond the call of their duties," the plan states. "Thus far, this 'shadow system' has worked reasonably well, but it is unfit for the changes that are now afoot in the University -- the converging pressures to economize on our resources and to deliver professional services to growing numbers of international students and scholars with increasingly complex and varied backgrounds and needs."

For example, when the international center was founded by volunteers in 1974, it served primarily the 300 graduate students from other countries who were on campus at the time. Undergraduate international students numbered fewer than 200.

Beginning in 2001, international undergraduates began being admitted to Princeton on a "need-blind" basis, just as U.S. and Canadian students already had been, meaning that admission decisions did not take ability to pay into account. That change, in combination with other financial aid enhancements, such as the University providing additional support for term break expenses for international students who can't travel home, has increased Princeton's undergraduate international enrollment. Today, the University hosts some 500 undergraduates, 1,000 graduate students and 700 visiting scholars from more than 100 countries.

Davies and Adelman have consulted with a variety of constituents in shaping their plan, including students, staff, faculty, alumni and members of the Friends of the Davis International Center. They also looked at best practices used at other institutions.

Today's complicated immigration regulations and processes have changed that, according to Davies. "By incorporating the role of the international undergraduate adviser into the Davis International Center, we can ensure that the University is consistent in its application of the rules and regulations applying to all non-immigrant students and scholars, without losing the special relationship that undergraduate international students have with their own designated adviser," she said.

Yves Plancherel, a graduate student in geosciences from Switzerland who is president of the Council of International Graduate Students, said that having one office "that understands the difficulties and that can help coordinate these very specific procedures will be a huge benefit to the University, a relief for the support staff of academic departments and an invaluable resource for international scholars of all levels (students to visiting faculty) coming to the University."

Davies predicted that other benefits will emerge. "Better coordination can also provide academic departments with a single point of contact for all aspects of international student and scholar services and can allow for a more holistic understanding of the special needs of Princeton's international students and scholars," she said.

The staff is looking forward to the increased visibility and possibility the reorganization represents. "This transition outlines Princeton's priority for campus internationalization," Baldwin said. "More importantly, it demonstrates an intentional commitment to students, faculty, staff and other visitors from abroad. While this will certainly broaden our global connectedness, I am most excited about the opportunities it will create to celebrate the cultural richness that Princeton embraces."

Another part of the plan was revising the mission of the Davis International Center.

"In the past, the Davis International Center served a critical need that was not met by any other office on campus: celebrating the diversity and cultural richness that international students and scholars bring to our campus, and providing social support for these same constituencies," Davies said. "Over time, though, a number of other units have been created that duplicate some of these services, especially for undergraduates, including the residential colleges, units of the Office of the Dean of Undergraduate Students, the Office of Religious Life and the Carl Fields Center."

At the same time, she said, other international services are not offered by any office on campus, including coordinated student and scholar orientation, advocacy (assistance with off-campus housing and other practical needs) and expertise-based consulting (in the area of international student cultural adjustment and related intercultural development issues).

These areas now will be a primary focus of the Davis International Center director. Chow supports the restructuring and believes that having better coordination and additional help should enable the director to spend more time planning for the future. "This reorganization will allow the director of the center to focus on strategy and to think about how the University can be more cosmopolitan," she said.

Rachael Alexandroff, a sophomore from Canada who is president of the International Students Association of Princeton, said that the planning process "has given us a valuable opportunity to reflect on the goals of international programming at Princeton and to ensure those goals are being met as the number of international students on campus continues to grow.

"Providing more services in a single location will not only allow for greater ease of access but will also increase communication among those planning programming and services for international students," she continued. "Students can therefore look forward to a more coordinated effort from the center that will enable it to offer a wider variety of programs that are better able meet the diverse needs of the international student body on campus."

Veda Sunassee, a senior majoring in politics from Mauritius, hopes the new location creates some synergies among members of the international community. "The hitherto decentralized system made it extremely hard for internationals and internationally minded undergraduate and graduate students as well as visiting scholars to interact," he said. "Putting all the services and resources needed and used by this section of the Princeton community in one place should hopefully address this problem."

The new location at 36 University Place was selected because it will allow all of these services to be under one roof -- something that was not possible in the Frist Campus Center, where the Davis International Center currently is.

"Having these offices in close proximity is also a step toward the goal of creating a single international hub, a building that will house all international offices and all internationally-focused academic programs, located in a central part of the campus -- a tangible symbol of the institution's commitment to internationalization," Davies said.

Plancherel said he hopes the restructuring will establish a more effective global relationship for Princeton.

"Princeton University currently offers an unparalleled academic experience, but the social, cultural and political reality around us can sometimes impose barriers to the diverse cross-cultural intellectual exchanges that are necessary to remain an academic leader in the 21st century," he said. "I see the international initiative as the necessary bridge that will allow Princeton to efficiently connect with the world."

Perspective on: Internationalism at Princeton

Adelman to direct new Council on International Teaching and Research