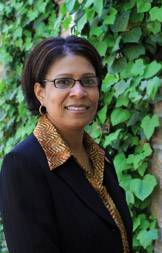 In response to recommendations by the University's Diversity Working Group, President Shirley M. Tilghman has implemented a number of changes intended to make Princeton a more diverse and welcoming workplace for people of all backgrounds.

"One of the working group's key recommendations was that Princeton should increase its administrative capacity and leadership in areas related to staff diversity," she said in an e-mail message to faculty and staff. "Provost [Christopher] Eisgruber and I agree with this recommendation, and we are accordingly providing new resources that we expect will improve communication and outreach regarding diversity-related issues and will increase Princeton's ability to recruit, hire and retain a more diverse staff."

The Diversity Working Group was formed by Tilghman in fall 2004 to identify strategies and potential barriers that affect the recruitment, hiring, retention and promotion of a diverse work force at Princeton. The group, which has focused its efforts on people of color among non-faculty employees at all levels, issued an interim report last fall that described several initial steps the University could take to increase the diversity of its staff. The report also recommended efforts to ensure a long-term commitment to supporting a staff that reflects a broad range of talents and perspectives.

In her e-mail, Tilghman noted that several of the recommendations in the group's interim report were implemented immediately. For example, the University's new diversity Web site is up and running, providing information to help facilitate diversity-related initiatives on campus.

The University also has launched an expanded mortgage program for low- to moderate-income employees that has generated an enthusiastic response. In addition, the Office of Human Resources, under the leadership of Vice President Lianne Sullivan-Crowley, has developed a broad range of new training programs intended to ensure that employees from all backgrounds have an opportunity to flourish at Princeton.

Tilghman said the interim report has "catalyzed ongoing discussions around campus," including serving as a focus for meetings of the president's cabinet, the Administrative and Academic Managers Group and the Council of the Princeton University Community.  These new changes are the result of the working group's recommendations and positive feedback on its proposals from across the University.

"The Diversity Working Group's interim report noted that the associate provost for institutional equity has provided leadership that is critical to the visibility and vigor of the University's efforts regarding diversity," Tilghman wrote in the e-mail. "Vice Provost Reed's new position will underscore the significance of diversity in her portfolio and will recognize the expanded leadership responsibilities that she will carry in the future."

Reed has been a member of the provost's staff since September 2004. She previously served for a year and a half as assistant dean for graduate education in the Woodrow Wilson School of Public and International Affairs. She also has 20 years of administrative experience at the University of Maryland, the University of Chicago and Oberlin and Calvin colleges.

In her current role, Reed functions as Princeton's affirmative action officer. She works with the offices of the dean of the faculty and human resources to develop and improve programs to increase Princeton's ability to attract, hire and retain a diverse work force and works with several other offices to advance Princeton's vision of inclusiveness for all of its members. She also serves as liaison to the University ombuds office.

In her expanded role, Reed will supervise the director of equal opportunity programs and services, the new position in the Office of the Provost. This person will have primary responsibility for ensuring compliance with nondiscrimination laws and will play a central role in the development of programs and services that support the University's commitment to equity, diversity and community in a context of academic excellence. As part of her responsibilities to oversee efforts designed to make Princeton accessible to and inclusive of all persons, Reed also will supervise the newly created Office of Disability Services.

"Terri has provided essential leadership in our efforts to provide a work environment where employees of all backgrounds can thrive," said Mark Burstein, executive vice president, who co-chairs the Diversity Working Group with Janet Dickerson, vice president for campus life. "Her promotion will not only increase the authority invested in this effort, but will also locate the University's diversity initiatives within the context of other important initiatives such as disability services."

The added position in the Office of Human Resources will help to improve the University's capacity to retain and recruit individuals from minority backgrounds by expanding and enhancing relationships with community partners and with minority-serving agencies and professional organizations. It will report to the vice president for human resources.

The Diversity Working Group is in the final stages of selecting a consulting firm to conduct a systematic assessment of the cultural norms that support and drive behaviors impacting diversity goals as well as of staff perceptions about their experiences at Princeton. The goals of the audit are: to improve employment policies and practices, so that individuals from all racial and ethnic backgrounds have an equal chance of participating and thriving in the University's work environment; and to create a work environment that manages the challenges and takes full advantage of a work force of individuals with differing perspectives and talents.

The Diversity Working Group also is continuing its other work and expects to submit a final report to Tilghman by the end of the summer. The group encompasses 20 staff members and administrators from a range of departments, levels and backgrounds.

Lianne Sullivan-Crowley will retire as vice president for human resources