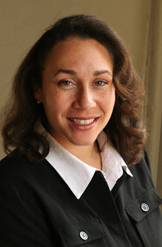 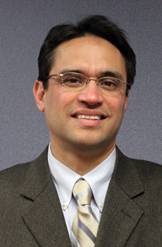 The new positions were approved last year by President Shirley M. Tilghman in response to recommendations by the University's Diversity Working Group intended to make Princeton a more diverse and supportive workplace for people of all backgrounds.

Lawson has worked for three years as an equal opportunity specialist for Home Depot USA, advising regional officers, directors and managers on employment law issues. She also served for five years as an in-house staff attorney for the New York City Board of Education. In addition, she has worked in private practice as a labor and employment attorney. For the last three years, she has had her own practice in Princeton.

"We are pleased that Cheri has agreed to join our staff," said Reed. "Her experience dealing with employment law issues and building trusting relationships across boundaries made her the top candidate. Her former colleagues and supervisors agree that she is a skilled attorney, adept administrator, team player and, maybe most importantly, a spectacular person."

Martinez will be responsible for managing and guiding efforts to conceptualize, define, assess, nurture and cultivate diversity as an institutional commitment and to bridge the multiple constituencies that make up the Princeton community. These efforts will include practices to address issues of retention and recruitment of a diverse staff, among many other initiatives.

Martinez came to Princeton from the Massachusetts Institute of Technology, where he had been a recruitment/diversity specialist since 2002. He also served as an outreach specialist on MIT's Diversity Management Team. Previously, Martinez worked at United Parcel Service as a recruitment supervisor and at WBTS Inc. as a consultant in training and development.

He is a graduate of Excelsior College in Albany, N.Y.

"Robert brings great experience and a fresh approach to the issues of retention and recruitment to the University," said Lianne Sullivan-Crowley, vice president for human resources. "He is a great addition to the team of human resources professionals dedicated to diversity and inclusion in our workforce."

Lianne Sullivan-Crowley will retire as vice president for human resources