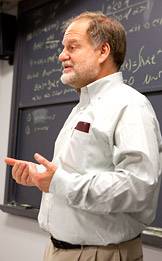 Henry Farber, Princeton's Hughes-Rogers Professor of Economics, is an expert in labor economics whose research analyzes trends in the labor market over the past 30 years. In the current economic downturn, he said, workers have stayed unemployed longer than in previous recessions. Farber sees "no signs of a brisk recovery" in the labor market, which always lags behind other economic indicators.

Though the Great Recession officially ended in June 2009, the U.S. unemployment rate has remained above 9 percent. What are some of the reasons for the weak job market?

Bottom line -- people aren't spending so firms are not hiring. Of course, it's always the case in recessions that firms lay off workers; they figure out how to be more productive, and productivity -- at least in the early parts of a recession -- actually grows. Firms have learned to work a bit more productively so they don't feel they need more workers, or they're afraid to hire more workers. The added factor this time around is that this recession is so broad-based that individuals generally are holding back from spending; their savings rates are at rather high levels. As a result, firms say, why should I hire more workers? People aren't buying things.

It's a vicious cycle, where the way to get people to buy things is to hire more workers, and the way to hire more workers is for people to buy more things, which is why we needed and probably still need a very aggressive stimulus package that pumps money into the economy and has firms hiring workers. I see no signs of a brisk recovery in the labor market, and the labor market always lags in recessions. It's the last thing to fall in the beginning and the last thing to come back at the end. 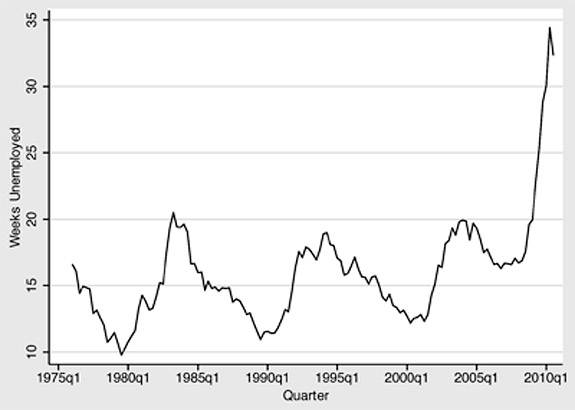 Farber's research on unemployment duration indicates that workers who lost jobs in the recent recession are much less likely to have found new jobs than in earlier recessions. (Graphic by Henry Farber)

What is the outlook for those workers who have lost jobs during the recent recession?

The outlook appears to be quite a bit worse than in earlier recessions. The latest data, which covers the period of the recession through 2009, shows that the workers who lost jobs in this recession are much less likely to be employed than in any earlier recession we have data on. Only about half of workers who report having lost a job between 2007 and 2009 were employed in January 2010. In any recession I have data on, and that goes back to the early 1980s, the re-employment rate never fell below 60 percent. The unemployment durations are staggeringly long, twice what they were. 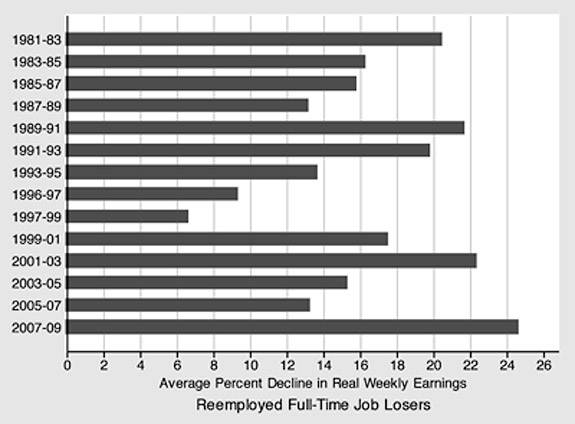 This figure indicates the average percentage decline in real weekly earnings for workers who have been re-employed after losing their jobs. (Graphic by Henry Farber)

What does your research show about trends in job security in the United States?

I would say that a decline in job security in the U.S. has been going on for at least 20 years. Companies have moved toward a mode of operation where they have a smaller core of long-term employees. In earlier times, when a recession came, you tended to try to protect your core. Now, firms may feel they have less of a core to protect. As a result, they engage in layoffs a bit more easily than they did in the past.

What are some of the causes, over the long term, for declining job security?

One cause stems from around 1980, when the U.S. eliminated mandatory retirement. The government made it illegal for employers and employees to engage in a voluntary agreement where you'd work for a firm and leave when you were 65. The ability of workers to continue working past age 65 can make long-term employment relationships less valuable to firms because they need renewal where they can hire younger workers and where workers who have had a long and productive career can be phased out.

The other part of it is that the world has become more competitive. In 1960, Americans bought American-manufactured goods for the most part, and the firms that produced those goods had a protected market. Now, in a more competitive world, U.S. capital is very mobile and flows all over. In China, U.S. companies own a fair amount of productive capacity and they employ Chinese workers to build things. It's more profitable for them. What U.S. workers have to offer employers is, frankly, less rare than it used to be. There are good work forces in lots of places. 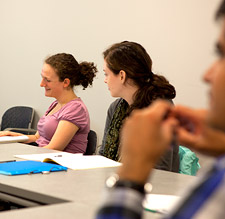 From left, Paige Shevlin and Aisling Cleary are among the students in Farber's graduate class, "Economics of Labor," which focuses on the theoretical framework underpinning economists' understanding of the labor market.

How much does job security differ for various parts of the work force?

It's pretty dramatic. Between men and women, the trend in declining job security is most evident for men -- it's just stark. For women, that trend was offset for a long time by their increased commitment to the labor force. Forty years ago, women would routinely leave the labor force to have children and maybe come back later when their children were older. Nowadays, those absences, if any, are fairly brief. Many more women stay and don't give up their jobs, so the trend for women is to have more stable employment than in the past. They have been doing this in the teeth of this storm of declining job structures that are not oriented toward long-term employment, so what we have seen for women was an increase in job security for a while, followed by some minor decreases.

The other interesting fact is that declining job security is completely restricted to the private sector. If anything, job security is much greater in the public sector than it was 30 years ago. I find that rather remarkable, and it feeds into the current debate about the appropriate size of government. 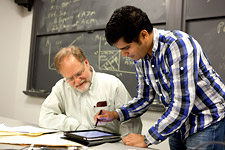 Farber, whose research examines issues and trends in worker mobility, wage dynamics and labor unions, confers with graduate student Neel Sukhatme after a session of the "Economics of Labor" class.

You are teaching two courses this semester. Have your students become more interested in the labor market and economics over the last few years?

Generally, enrollments in economics are at record levels at Princeton. Our total enrollments in undergraduate economics classes this term is up 26 percent from the same term last year. Enrollments of freshmen and sophomores are at record levels. I think the students' interest is genuine and has been piqued by the recession. Economics is in the news every day. People want to know who's right and what's going on. It's something they can relate to because they see it around them. They probably all know people who have lost their jobs. I have three children, two of whom have lost jobs in this recession.

In my economics classes, I try to teach students to think like economists. What I try to do is point out the real intellectual content and demonstrate how this is a very useful way of seeing the world. It's not just about how to make money. This is a way of being a good citizen and understanding important issues that are at the forefront of public debates. That's central to my personal teaching philosophy.