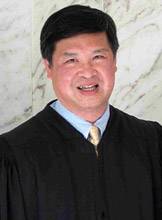 Photo courtesy of the U.S. Court of Appeals for the 2nd Circuit 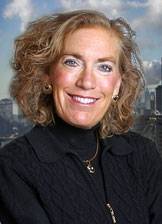 Princeton University will present its top honors for alumni to Denny Chin, a federal judge who has overseen high-profile cases including the trial of financier Bernard Madoff, and to Elaine Fuchs, a cellular biologist who has conducted pioneering research on human skin diseases.

Chin, who earned a bachelor's degree in psychology from Princeton in 1975, has been chosen for the Woodrow Wilson Award. Fuchs, who received her Ph.D. in biochemical sciences from the University in 1977, will receive the James Madison Medal.

They will be presented with their awards and deliver addresses on campus during Alumni Day activities on Saturday, Feb. 26. Fuchs will speak on "Skin Stem Cells: Their Biology and Clinical Promise" at 9:15 a.m., and Chin will present a lecture titled "The Life of a Judge: From Megan's Law to Bernie Madoff" at 10:30 a.m. Both talks will take place in Richardson Auditorium of Alexander Hall.

Chin has been a federal judge since 1994, beginning with his appointment by President Bill Clinton to the U.S. District Court for the Southern District of New York. He has served since April 2010 on the U.S. Court of Appeals for the 2nd Circuit, to which he was appointed by President Barack Obama.

Chin has overseen a range of civil and criminal cases, several of which received national attention. In June 2009 Chin sentenced Madoff to a maximum sentence of 150 years in prison for orchestrating a massive investment fraud. Chin also has written decisions in or presided over prominent cases involving the constitutionality of the Megan's Law sex offender registry, regulations of immigration detention and a grand jury investigation into the circumstances of some of Clinton's presidential pardons.

"Both professionally and personally, Denny Chin's life exemplifies the very best of public service," said Christina Paxson, dean of Princeton's Woodrow Wilson School of Public and International Affairs. "It is not just that he is a remarkably talented judge. In addition, he has taught law students, conducted extensive pro bono work and supported numerous nonprofit organizations that provide services to low-income communities. His dedication to public service, broadly defined, makes him a wonderful choice for the Woodrow Wilson Award."

Chin has published extensively and has been recognized frequently for his work. In 2006 he received the Sanctuary for Families' Abely Award for Leading Women and Children to Safety and the Fordham Law School Alumni Association's Medal of Achievement. In 2005 he was the recipient of the Asian American Justice Center's Distinguished Service Award and the New York State Division of Human Rights Lifetime Achievement Award.

Fuchs, who is the Rebecca C. Lancefield Professor in Molecular Genetics and Cell Biology at Rockefeller University, has been lauded for her groundbreaking discoveries in the field of skin biology. Her many honors include the National Medal of Science, which was presented to Fuchs in 2009 by Obama in recognition of "her pioneering use of cell biology and molecular genetics in mice to understand the basis of inherited diseases in humans and her outstanding contributions to our understanding of the biology of skin and its disorders, including her notable investigations of adult skin stem cells, cancers and genetic syndromes."

In her studies of skin, Fuchs pioneered the technique known as "reverse genetics," in which a researcher examines how a protein functions and determines the diseases that result when that protein is defective. Traditionally, researchers would select a disease of interest and identify the gene responsible for it. The unconventional approach employed by Fuchs now is widely used by scientists seeking insights into the genetic basis of human diseases.

Fuchs currently is working on the gene expression of embryonic and adult skin stem cells that determines when they divide and the types of cells they become, which could lead to advances in knowledge about the organization of stem cells in other body tissues, with implications for numerous medical conditions.

"Her molecular expertise and innovative approaches allowed her to quickly become a pioneer in the important field of skin biology," said prominent cellular biologist Bruce Alberts, a former Princeton faculty member who taught Fuchs during her graduate studies. Her work "exemplifies the very highest quality of what is referred to as translational research, and I view her as a model scientist for others to follow," he said.

Alberts, who is the editor-in-chief of Science magazine and a professor emeritus at the University of California-San Francisco, also noted that "Elaine has played an important part in building the next generation of outstanding scientists, being an especially outspoken and powerful mentor for large numbers of female scientists."

Fuchs has been an investigator at the Howard Hughes Medical Institute, one of the highest honors in biomedical research, since 1988. Among other awards, she has received the L'Oréal-UNESCO Award in the Life Sciences, which recognizes exceptional women scientists, and the Federation of American Societies for Experimental Biology Award for Scientific Excellence. She is the president of the International Society for Stem Cell Research.

In 2001 Fuchs was named by the Princeton Alumni Weekly as one of the 100 notable alumni of Princeton's Graduate School in honor of the school's centennial.