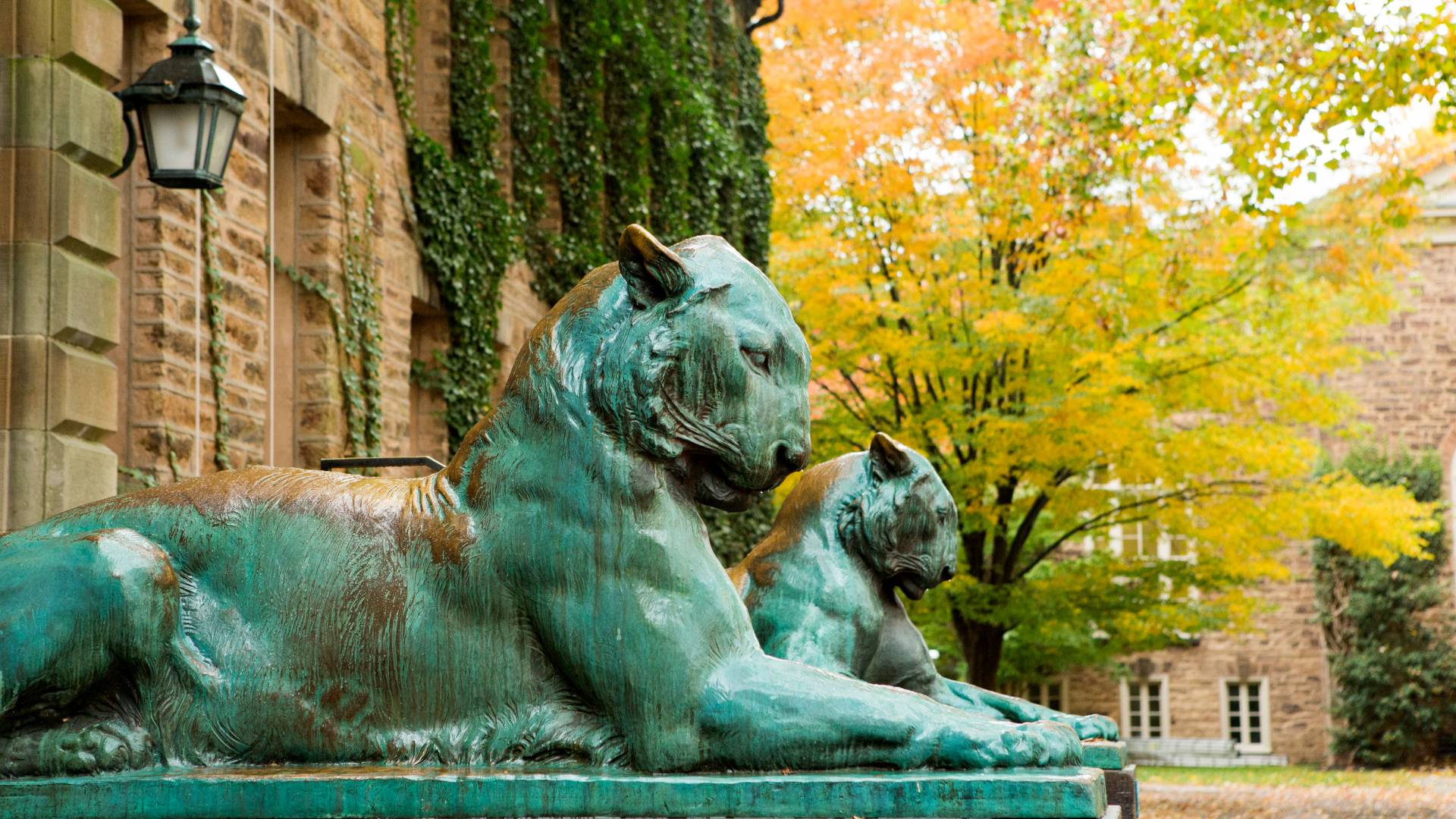 Princeton will commission eight new portraits of alumni and former faculty and administrators to reflect the diversity of the University community. The expansion of the University portrait collection already includes the portraits commissioned last year of Toni Morrison in Morrison Hall and of Sir Arthur Lewis in Robertson Hall. 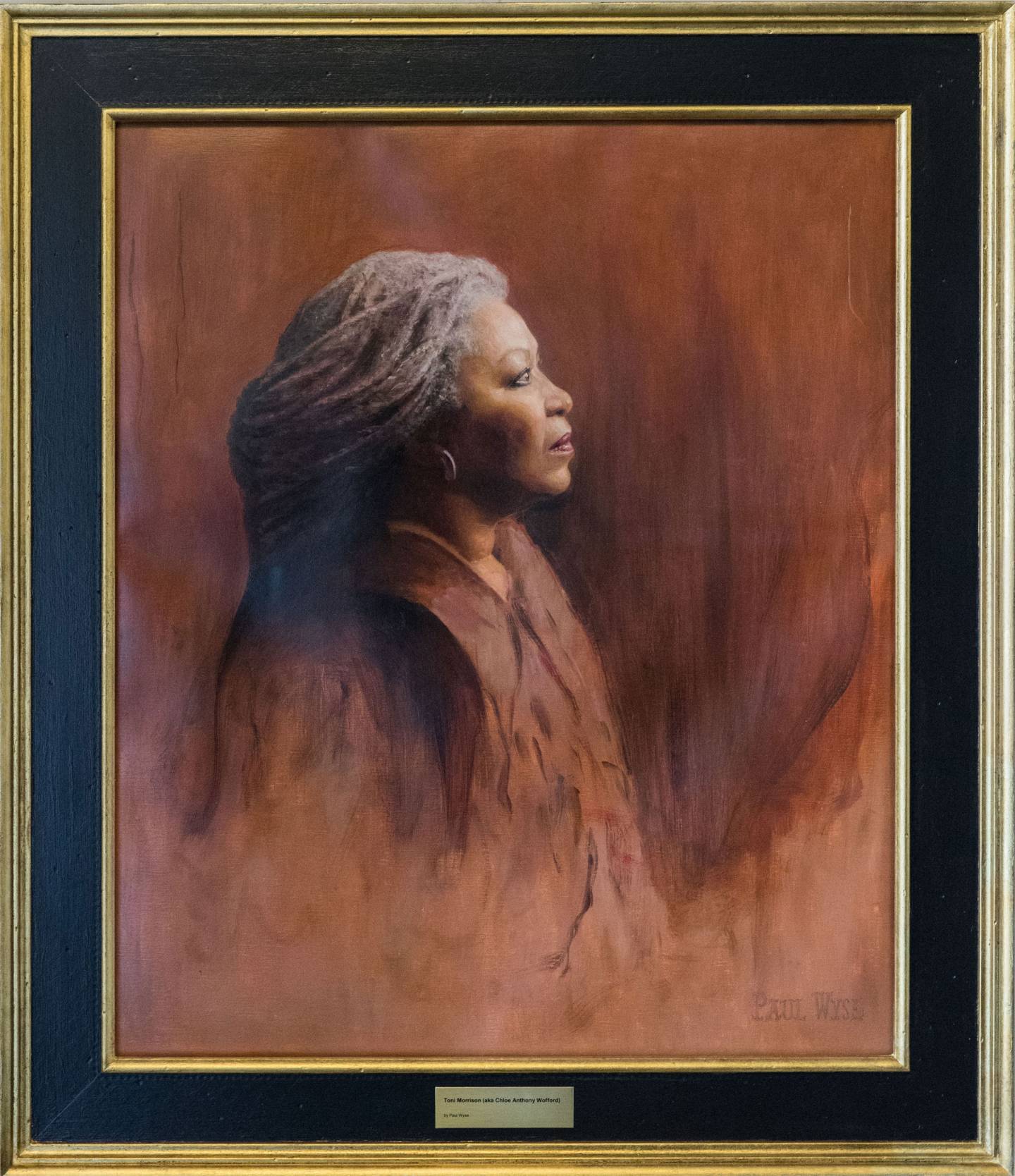 A portrait of Toni Morrison is displayed inside the north entrance of Morrison Hall, the building formerly known as West College that was renamed in her honor in 2017. Morrison is the Robert F. Goheen Professor in the Humanities, Emeritus, and the recipient of the 1993 Nobel Prize in Literature. Her portrait is one of 10 new portraits that have or will be added to Princeton’s portrait collection to reflect the diversity of the University community. [Portrait by Paul Wyse, after a photo by Timothy Greenfield-Sanders]

The new portraits will recognize individuals who, over the past 75 years, have been preeminent in a particular field, have excelled in the nation’s service and the service of humanity, or have made a significant contribution to the culture of Princeton.

“I’m delighted to honor these extraordinary individuals who have excelled in a range of fields and served the University, our nation, and humanity in powerful and lasting ways,” President Christopher L. Eisgruber said. “By reflecting our shared values and illuminating our history more fully, the new portraits will serve as an important expression of the welcoming community that we are today as we aspire to become even more diverse and inclusive in the future.”

The University formed the Portraiture Nominations Committee (PNC) in fall 2017 to solicit and review suggestions for new University portraits. The PNC is part of the Campus Iconography Committee (CIC), which is overseeing a number of efforts to update and diversify campus art and iconography.

The expansion of the portrait collection is one of several University initiatives to tell Princeton’s history more fully and diversify campus spaces.

PNC member Laurence Morse, who earned his Ph.D. from Princeton in 1980, said it was gratifying to be part of the work to broaden campus art and iconography.

“Princeton today is a place that is increasingly rich in its diversity,” he said. “Yet, as one makes one’s way around the campus, in and out of academic buildings, residence halls, under arches and through various passageways, the current iconography and representations of the University’s ‘family,’ and those who have contributed to making it the great institution that it is, are decidedly singular.”

Morse said he hopes new portraits, photographs and other art will “represent both a more inclusive, fulsome embrace of Princeton’s rich past, but also its increasingly rich and diverse present in ways that make all who live, breathe and toil there feel that they are indeed welcome, and at home.” 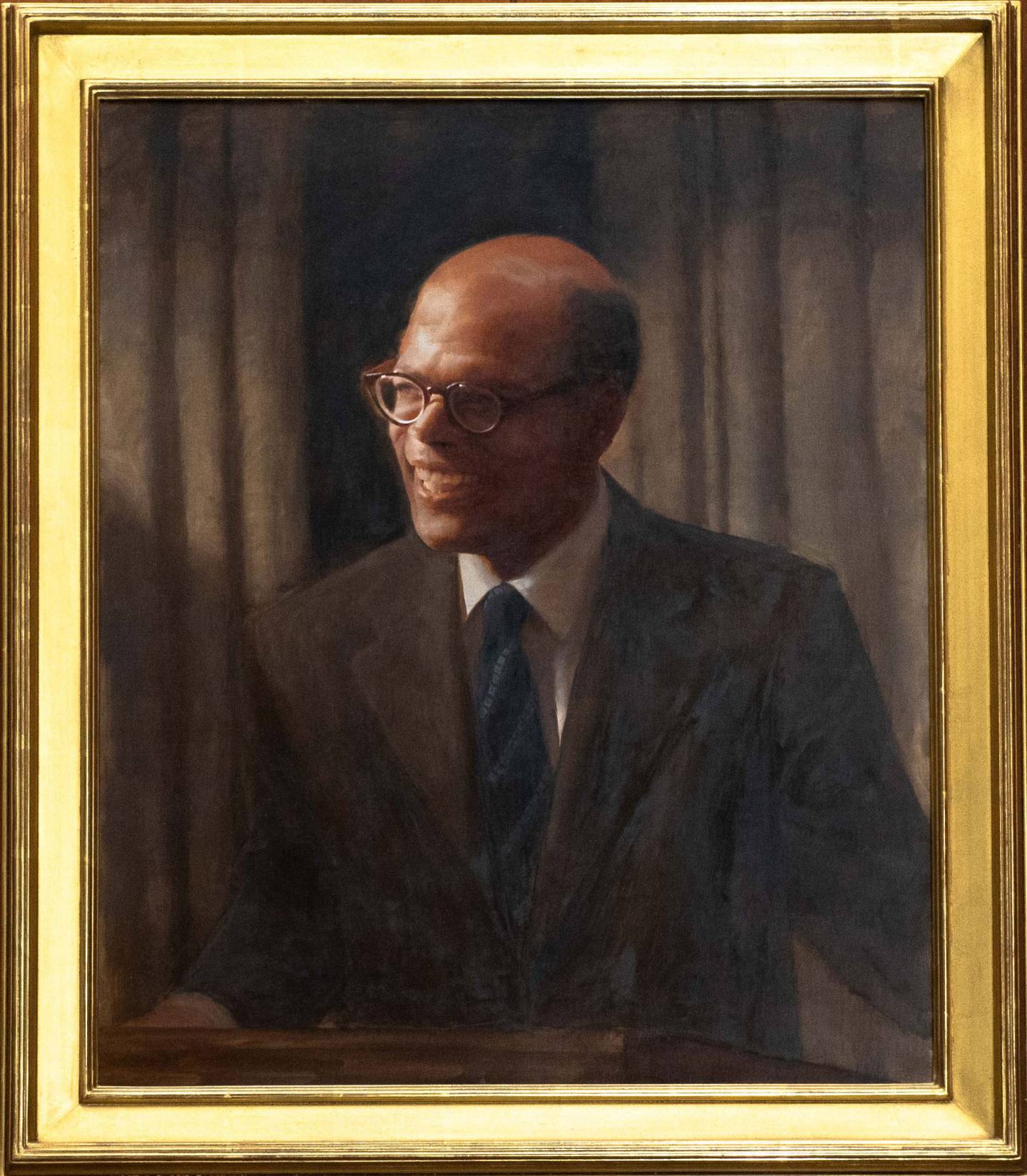 A new portrait of Sir Arthur Lewis is displayed in Arthur Lewis Auditorium, the most prominent teaching and public lecture space in the Woodrow Wilson School’s Robertson Hall. Lewis, one of the 20th century’s leading economists, taught courses in economic development and economic history at Princeton from 1963 to 1983, and was the University’s first black full professor. [Portrait by Daniel Adel, after a photo by Robert Matthews]

A summary of all 10 individuals featured in new portraits follows, and more information also is available on the portraiture website.

The campus portrait collection is maintained by the University Art Museum. The collection was established by John Maclean when he was vice president of Princeton in the mid-19th century.

“As University archivist, I know that Princeton’s history, especially in the last 50 years, is more diverse than the campus portraits depict,” said Daniel Linke, a PNC member. “I was glad to be part of this effort to better reflect our heritage.”

PNC member Ryan Ruskin, a Class of 1990 graduate, said the new portraits, like many other campus initiatives over the years, will be positive additions to Princeton traditions.

“Campus portraiture will now more accurately reflect the evolution and ever-growing diversity of the student body and alumni community, in much the same way as the P-rade does,” he said. “More current students will recognize aspects of themselves in campus portraiture. Presenting and including more diversity in this way, we hope, will offer additional inspiration and motivation for all Princeton students.”

The next step in the portraiture process is selecting artists for the eight new portraits. The University anticipates the portraits will be completed over the next two years. The location of each portrait is to be determined and will be informed by the portrait subject. The Campus Art Steering Committee will lead this process.

Once the portraits are done, the CIC will create a web-based mobile walking tour of the portrait locations.