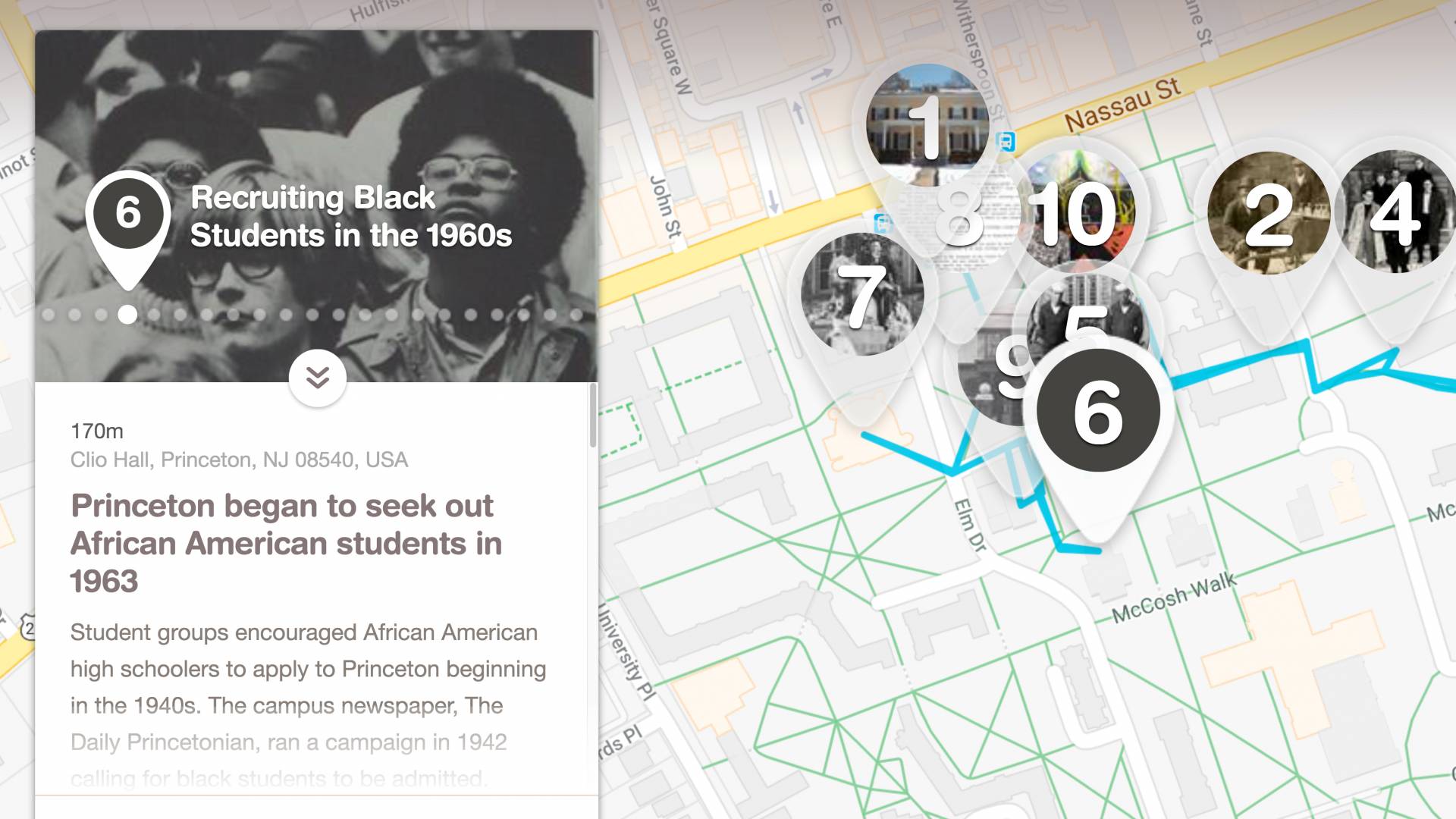 A new online, mobile-friendly walking tour “Stories of African American Life at Princeton” aims to tell a more complete narrative of the University's past. The tour is in a beta test phase and users are encouraged to submit feedback to help improve the tour experience.

Map image courtesy of the Office of the Executive Vice President; photo from Princeton Bric-a-Brac, 1972 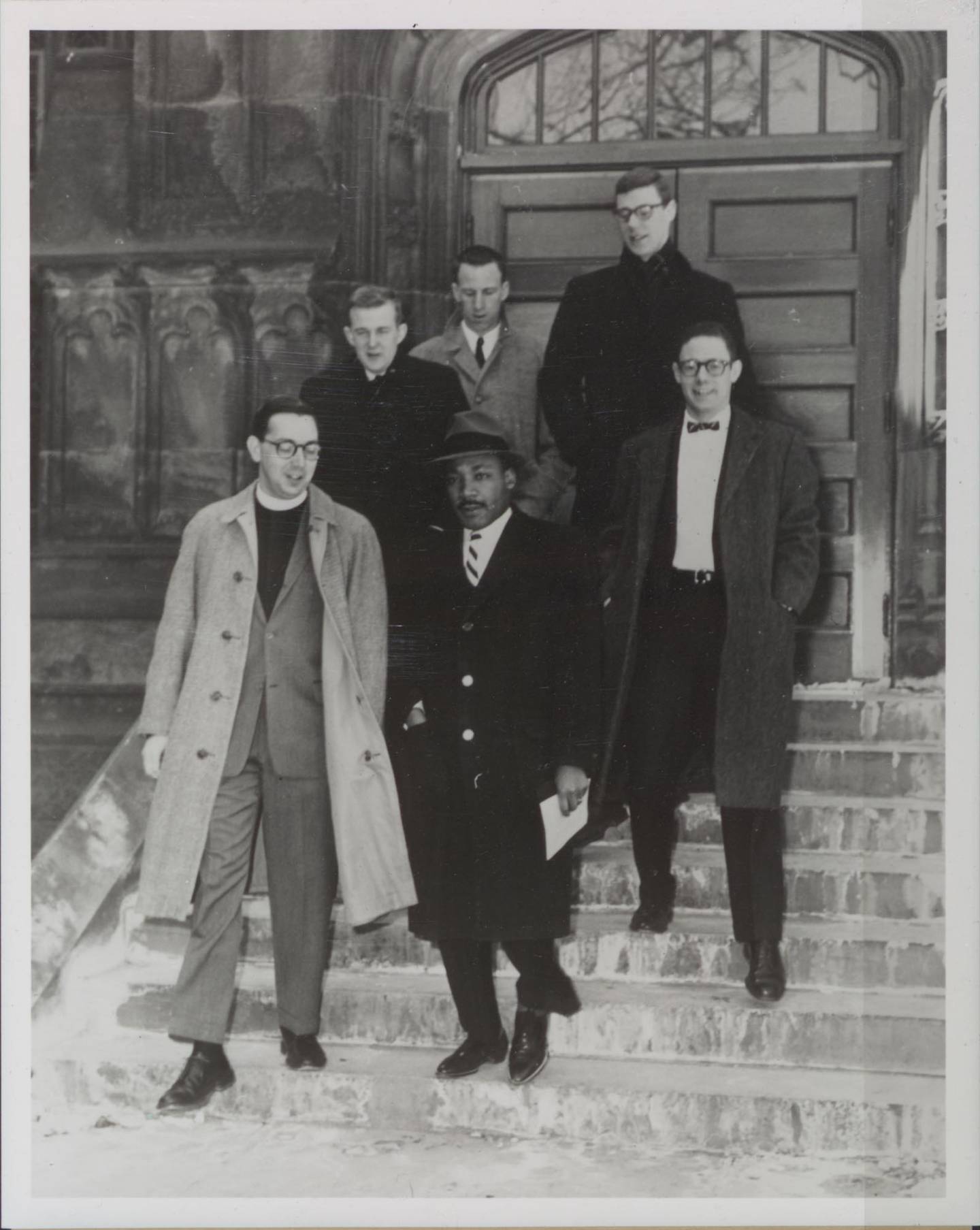 The series “Making Visible What Has Been Invisible” will illuminate lesser-known histories of the University in order to tell a more complete narrative of Princeton’s past.

The African American history tour is web-based and mobile friendly. Viewers don’t need to be on campus to experience the tour, which is best viewed using Firefox or Google Chrome browsers. The tour is in a soft-launch phase and viewers are encouraged to submit their feedback to help improve the tour experience.

“I am absolutely delighted to witness the launching of this tour on African American history at Princeton,” said Wallace Best, professor of religion and African American studies and chair of the Princeton History Working Group (PHWG). “African Americans have been an integral part of Princeton’s history for a much longer time than most people realize and have made long-lasting contributions to the institution, as well as to the wider Princeton community. This tour moves creatively in the direction of revealing that history and those stories, the known and the unknown.”

The PHWG is composed of students, staff and faculty, and collaborates with University and community partners to create innovative ways to narrate, demonstrate and reflect the nuanced history of Princeton. The working group is part of the Campus Iconography Committee, which is overseeing a number of efforts to update and diversify campus art and iconography.

“Stories of African American Life at Princeton” begins by addressing slavery at the University and ends with diversity and inclusion initiatives in the 21st century. Each of the 10 virtual stops features supplemental media, such as images, audio and video, to help explain the significance of each event, location or person.

The first stop at Maclean House notes that 16 enslaved men, women and children lived and worked there between 1756 and 1822 when the building served as the University president’s house. Tour viewers can see a circa 1756 receipt for the sale of an enslaved man named Caesar to Aaron Burr Sr., the University’s second president, or learn more about the research findings of the recent Princeton and Slavery Project.

A stop at the University Chapel tells viewers about Dr. Martin Luther King Jr.’s sermons there in 1960 and 1962. Other stops trace Princeton’s active recruitment of African American students in the 1960s, and the growth of black culture and student organizations on campus, such as the Association of Black Collegians and the Third World Center, now known as the Carl A. Fields Center for Equality and Cultural Understanding. 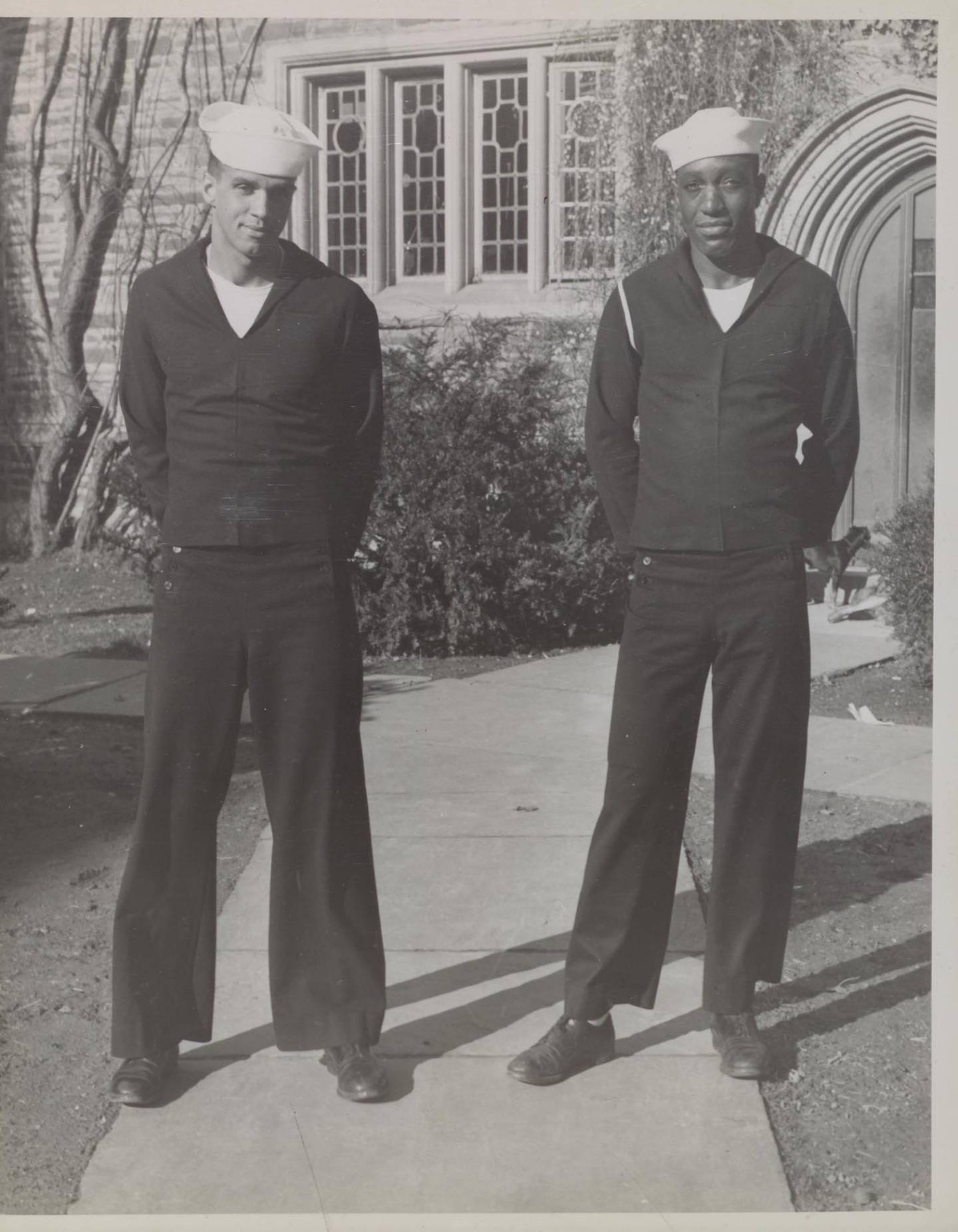 Arthur Jewell Wilson (left) and James Everett Ward, shown here in 1946, were among Princeton’s first African American graduates. They are featured in the new history tour that starts with slavery in Princeton, traces the history of black students on campus, and ends with the University’s recent diversity and inclusion initiatives.

The review committee for the “Stories of African American Life at Princeton” tour included members of the PHWG. In addition, content was reviewed by representatives from the departments of history and African American studies, the Fields Center, the Center for Digital Humanities, and the Princeton and Slavery Project.

Further online walking tours in the “Making Visible What Has Been Invisible” series will be available this fall and will feature subjects such as Princeton traditions and the history of women at Princeton. Other PHWG initiatives include a photography exhibit on James Johnson, a freed slave who worked on and around Princeton’s campus from 1843 to 1902.