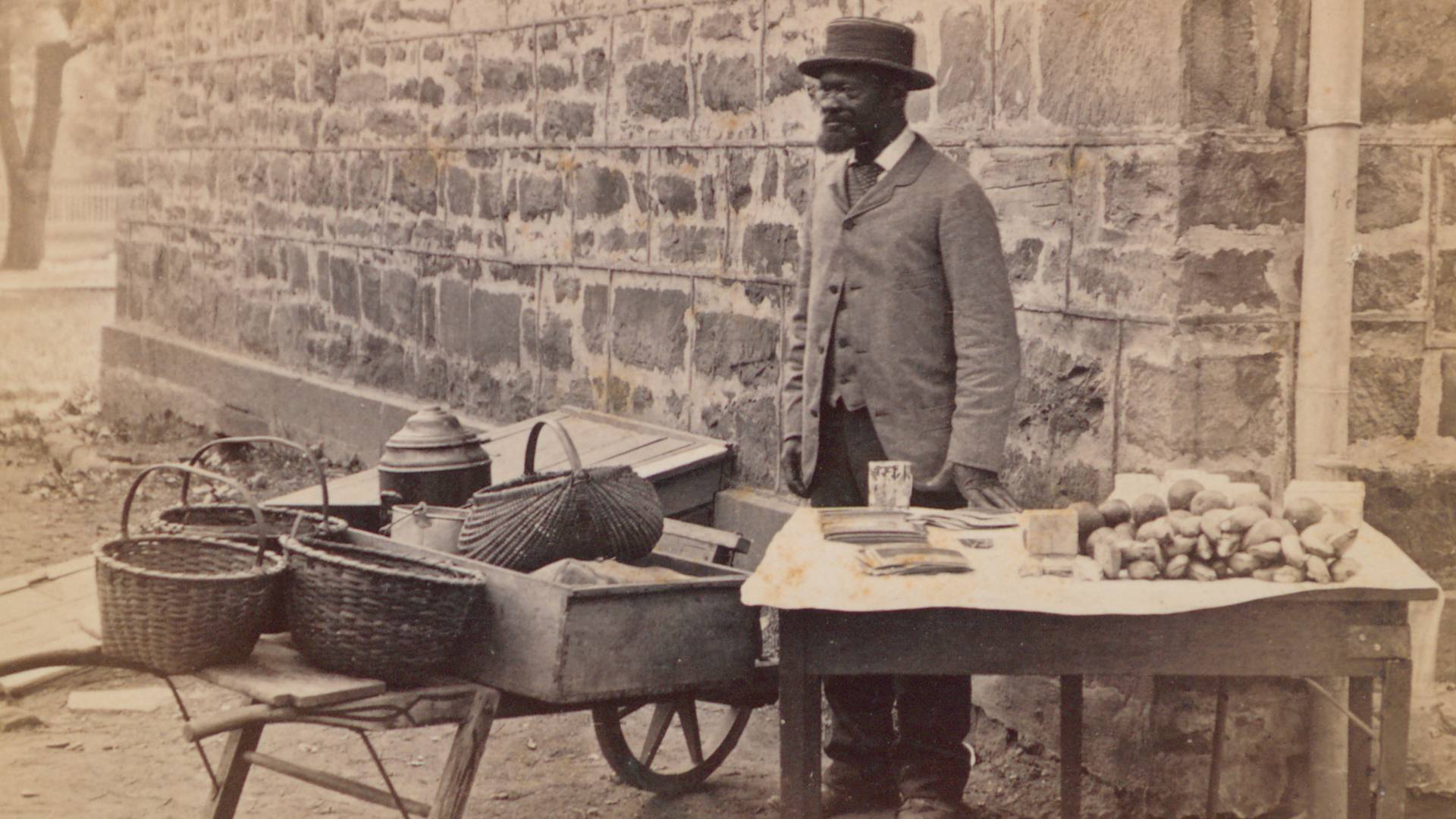 A photo exhibit in Frist Campus Center will offer a view into the six decades that James Collins Johnson, a freed slave, spent on and around Princeton’s campus from 1843 to 1902.

A photography exhibit will offer a view into the six decades that James Collins Johnson, a freed slave, spent on and around Princeton’s campus from 1843 to 1902. The exhibit, which is free and open to the public, will be on display in Frist Campus Center’s East TV Lounge through the fall, with an opening reception at 4:30 p.m. Tuesday, May 1.

The exhibit is sponsored by the Campus Iconography Committee, a committee of faculty, students, alumni and administrators that was established in 2016.

“The stated mission of the Campus Iconography Committee is to diversify art and iconography on campus by expanding the University’s portraiture collection, providing visual cues on campus to share some of Princeton’s lesser known histories, and adorning public spaces in a way that will promote dialogue, reflection and a sense of community,” said Executive Vice President Treby Williams, who co-chairs the committee with Professor of Anthropology Carolyn Rouse.

The University recently announced it would name the easternmost arch in East Pyne Hall for Johnson. 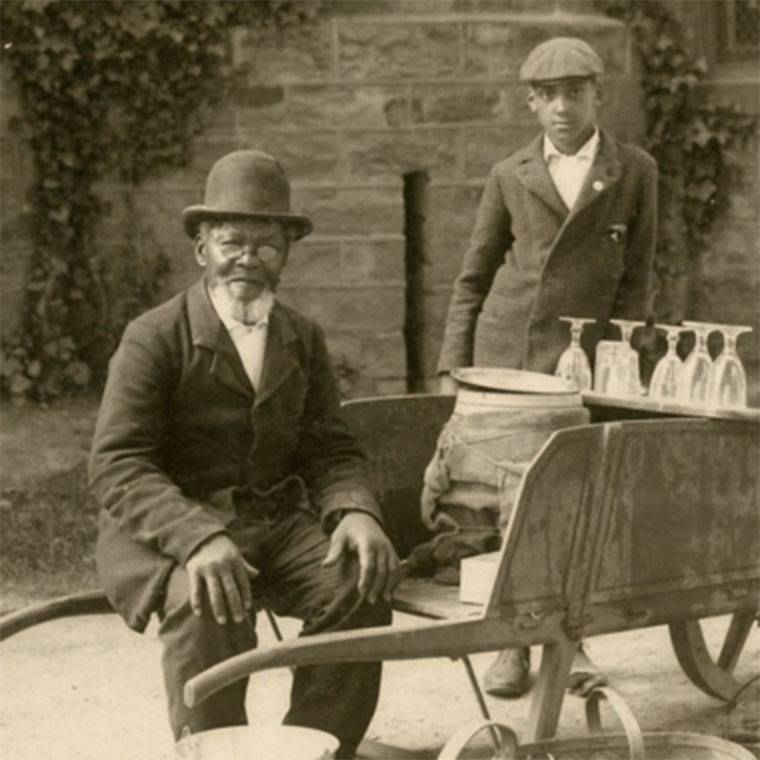 Johnson (left) sold snacks to students from a cart on campus. The exhibit will feature photos of Johnson with his cart and formal portraits of him. An opening exhibit reception will be held at 4:30 p.m. Tuesday, May 1.

In 1839, Johnson (who was commonly known as Jimmy Johnson) escaped to Princeton from slavery in Maryland. He worked as a janitor on campus for four years until a student and former neighbor recognized him and turned him in. Johnson was tried in town under the Fugitive Slave Act of 1793 and ordered to be returned to his owner. Theodosia Prevost, a descendant of slave-owning University presidents John Witherspoon and Samuel Stanhope Smith, purchased his freedom for about $500. Some accounts suggest that students contributed to this fund, which Johnson repaid in the following years.

Later, Johnson became the only licensed vendor on campus. He sold snacks under the “Bulletin Elm” tree near Old Chapel, where East Pyne now stands, and at Princeton athletic events. Johnson’s cart was the only place on campus to buy apples, peanuts, candy, lemonade and other snacks.

The exhibit will feature photos of Johnson with his cart and formal portraits of him. Frist Campus Center is where students get their snacks today, as they did from Johnson many years ago, and the opening reception will feature apple coronets, granola bars, cookies and lemonade, in the spirit of what Johnson used to sell from his cart.

When Johnson died in 1902, his obituary appeared in newspapers from Georgia and Kentucky to New York and Washington, D.C. Buried in Princeton Cemetery, his gravestone, paid for by students and alumni, is inscribed: “the students friend” [sic].

Johnson’s story was detailed as part of the recent Princeton and Slavery Project, led by Professor of History Martha Sandweiss.

“The Princeton and Slavery Project was a research project devoted to uncovering Princeton’s historical engagement with the institution of slavery. We had no charge to change University policy. We were simply trying to unearth hidden stories,” said Sandweiss, founder and director of the Princeton and Slavery Project. “But we are thrilled, of course, to see those stories begin to shift campus culture. The recently announced naming of sites after Betsey Stockton and James Collins Johnson means that those names will become familiar to everyone. And this new exhibition on Johnson’s remarkable life helps to assure that students will understand that right here on our campus and in our town, an enslaved man found his way to freedom.”