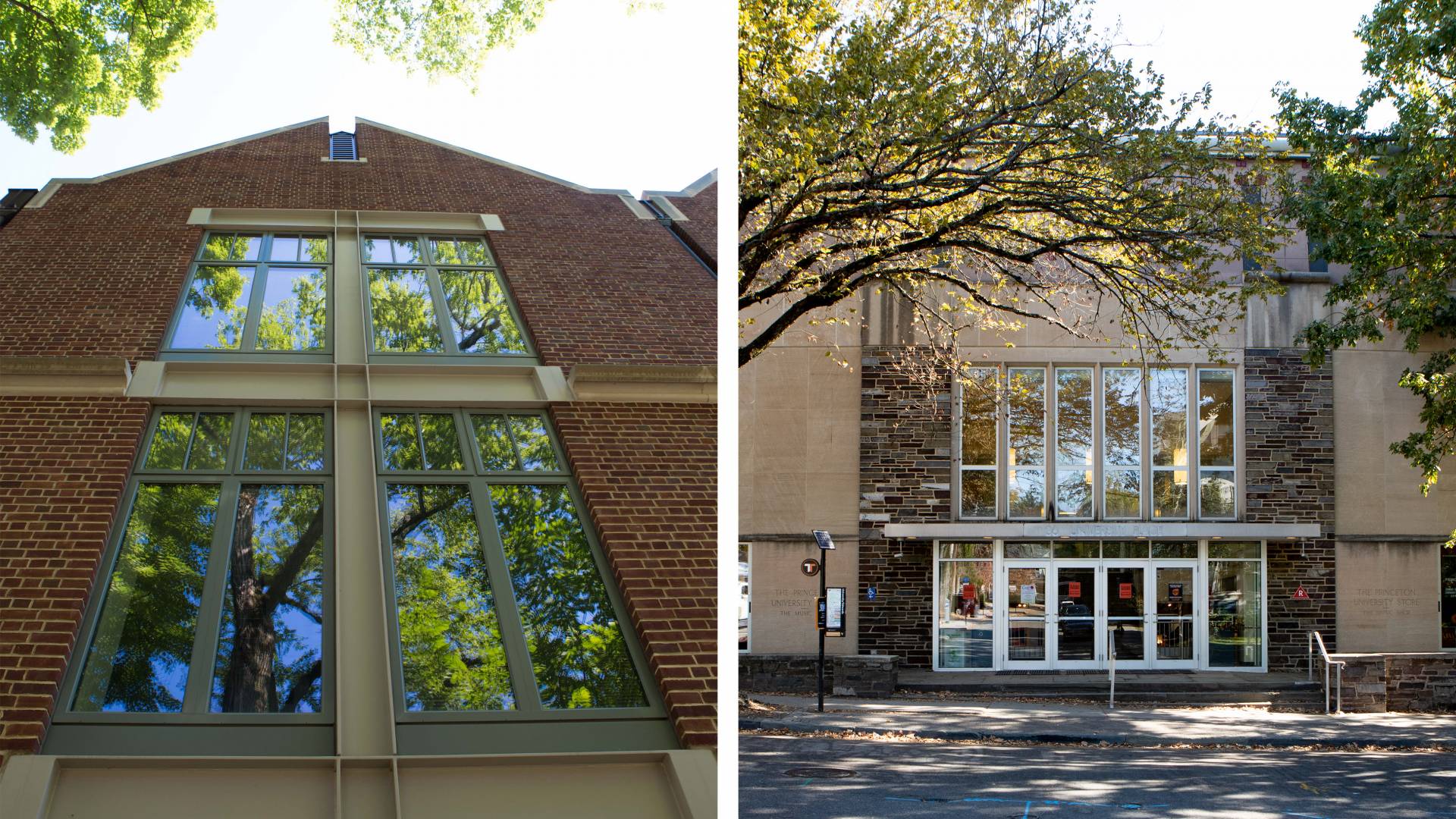 The Council of the Princeton University Community (CPUC) Committee on Naming is seeking suggestions via its website for the naming of Marx Hall (left) and 36 University Place (right).

The CPUC Committee on Naming is seeking suggestions for naming two more spaces on the Princeton University campus: Marx Hall and 36 University Place. The Board of Trustees recently asked the committee to consider ideas and recommend names for the two buildings.

The Council of the Princeton University Community (CPUC) Committee on Naming was established in the fall of 2016 to provide advice to the trustees “for naming buildings or other spaces not already named for historical figures or donors to recognize individuals who would bring a more diverse presence to the campus.”

Advice and suggestions regarding the naming of these spaces can be submitted through the committee’s website.

Marx Hall houses the University Center for Human Values, seminar rooms and academic offices. The building will be renamed because the donor’s circumstances have changed, making him unable to fulfill his fundraising pledge.

The University Store, Center for Career Development and student-focused programs overseen by the Office of the Dean of the College are housed in 36 University Place. Lower levels of 36 University Place are under renovation to create a new Office of Admission visitor center for prospective students and their families, with an anticipated opening in summer 2020.

“As 36 University Place becomes an increasingly important venue for both prospective and current students, I believe we have a timely opportunity to reinforce our commitment to diversity and inclusivity by placing an appropriate name on this building,” President Christopher L. Eisgruber wrote in referring the buildings to the naming committee.

Since 2016, the University has named the following spaces on campus with input from the CPUC Committee on Naming.