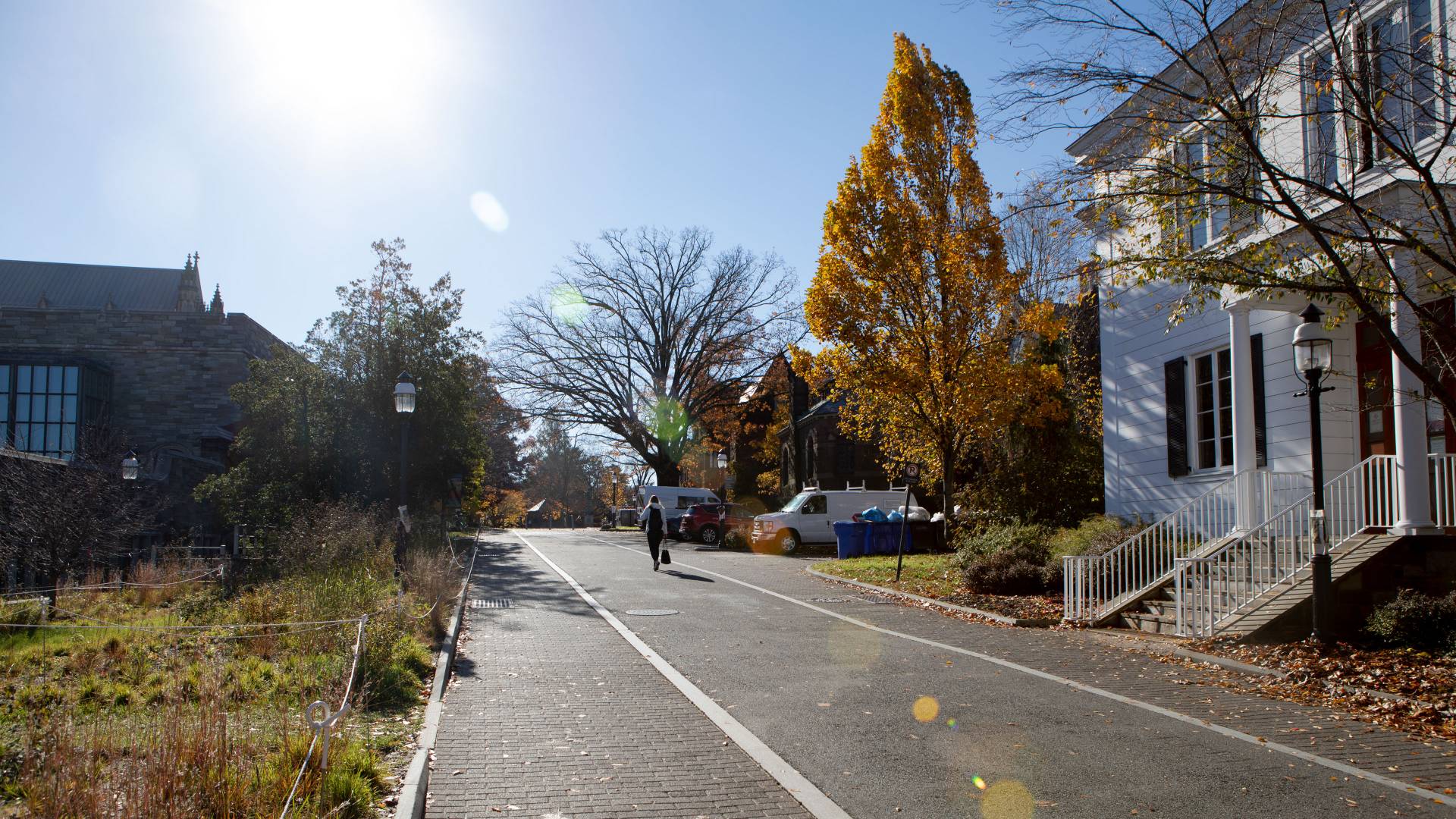 The CPUC Committee on Naming is seeking suggestions for the naming of a campus roadway that the trustees have referred to the committee for its recommendation. The currently unnamed roadway enters the campus from Nassau Street between Firestone Library and the buildings of the Andlinger Center for the Humanities (Scheide Caldwell and Chancellor Green). It is immediately adjacent to the recently created Betsey Stockton Garden, a naming that the committee recommended last year.

In referring the roadway to the committee, President Christopher L. Eisgruber said that while the roadway is “of modest length, this entrance to the campus is prominently located and it would be advantageous for us to be able to cite it on our maps by name. The signage for the site would be visible from Nassau Street, and the roadway itself is frequently traversed by members of the campus community, town residents and visitors.”

Advice and suggestions regarding the naming of the roadway can be submitted through the committee’s website. The committee also requests suggestions of names that could be considered when other spaces are referred to the committee in the future.

The Committee on Naming was established in 2016 to provide advice to the trustees “for naming buildings or other spaces not already named for historical figures or donors to recognize individuals who would bring a more diverse presence to the campus.” In addition to the Betsey Stockton Garden, last year the committee recommended naming the easternmost arch in East Pyne Hall for James Collins Johnson. The previous year the committee recommended the naming of Morrison Hall and Arthur Lewis Auditorium.

In its report to the trustees last year, the committee noted the extraordinary impact on Princeton of Beatrix Farrand, who served as the University’s landscape architect from 1912 through 1943 and played a leading role in creating the distinctive character of the Princeton campus. While the committee did not make a specific proposal, it encouraged the trustees to consider possible locations that could confer the recognition she deserves. The trustees have agreed to do so, and will be working with the committee to identify an appropriate location.

The members of the Committee on Naming include four members of the faculty, including the committee chair, Professor Angela Creager of the Department of History; two undergraduates; a graduate student; an alumnus; and two members of the administration.