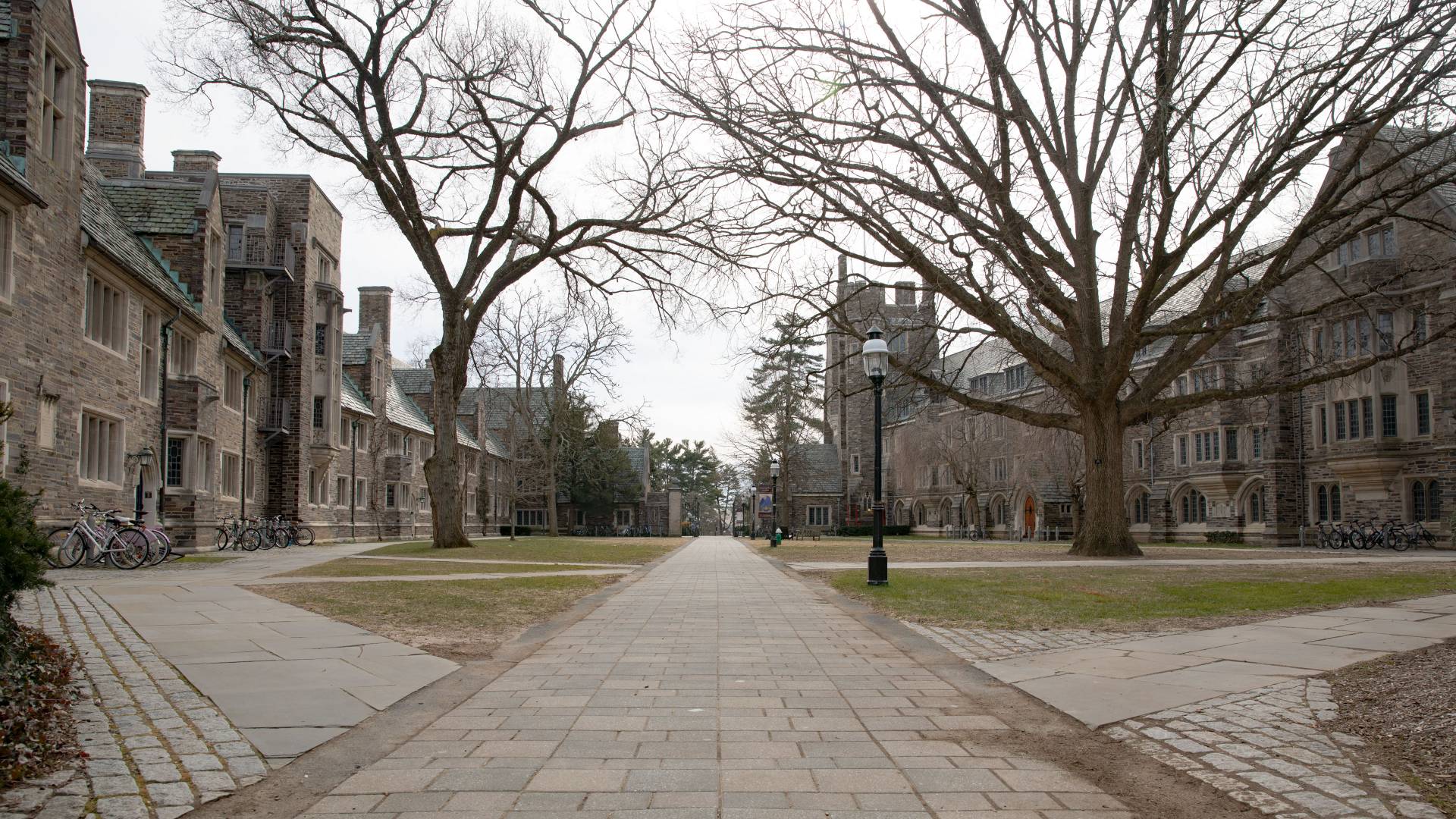 The courtyard among Henry, Foulke, Laughlin and 1901 residence halls will be named Beatrix Farrand Courtyard.

A courtyard in the heart of campus will be named for Beatrix Farrand, the influential landscape architect who helped shape the distinctive look of Princeton’s grounds. The Beatrix Farrand Courtyard is located among Henry, Foulke, Laughlin and 1901 halls.

Farrand was Princeton University’s landscape architect from 1912-43. She was the only woman among the founders of the American Society of Landscape Architects. Farrand helped design the landscaping for the dormitory courtyard that will bear her name, as well as for Princeton’s Graduate College, Prospect Gardens, Blair Walk, Hamilton and Holder courtyards, and other areas of campus.

“Beatrix Farrand’s legacy endures not only through her beautiful, practical and still flourishing designs, but through continuing application of guidelines she developed that have shaped Princeton’s landscape through successive generations,” said Professor of History Angela Creager, chair of the CPUC Committee on Naming and the Thomas M. Siebel Professor in the History of Science.

The Naming Committee recommended honoring Farrand on campus and the Board of Trustees accepted their recommendation; the committee and the Trustees then agreed on the courtyard as the most appropriate location. The Naming Committee was established in 2016 to recommend names for buildings and campus spaces to honor a more diverse group of individuals.

The committee is now considering names for the roadway that enters campus from Nassau Street between Firestone Library and the buildings of the Andlinger Center for the Humanities. Recommendations may be submitted through the committee’s website. The roadway is next to the Betsey Stockton Garden, which was named last year in honor of Stockton, a former slave, missionary and teacher in 19th-century Princeton.

Farrand was Princeton’s first consulting landscape architect and a leader in her field. She favored native plants and trees, choosing varieties that bloom in spring or fall when the University is in session. Her designs were known for simplicity and ease of maintenance, and much of what she created still flourishes at Princeton today.

Among her other work, Farrand helped transform the grounds of Yale University, assisted with plantings at the White House, designed landscaping for the J. Pierpont Morgan Library in New York City and created the garden at Dumbarton Oaks in Washington, D.C.