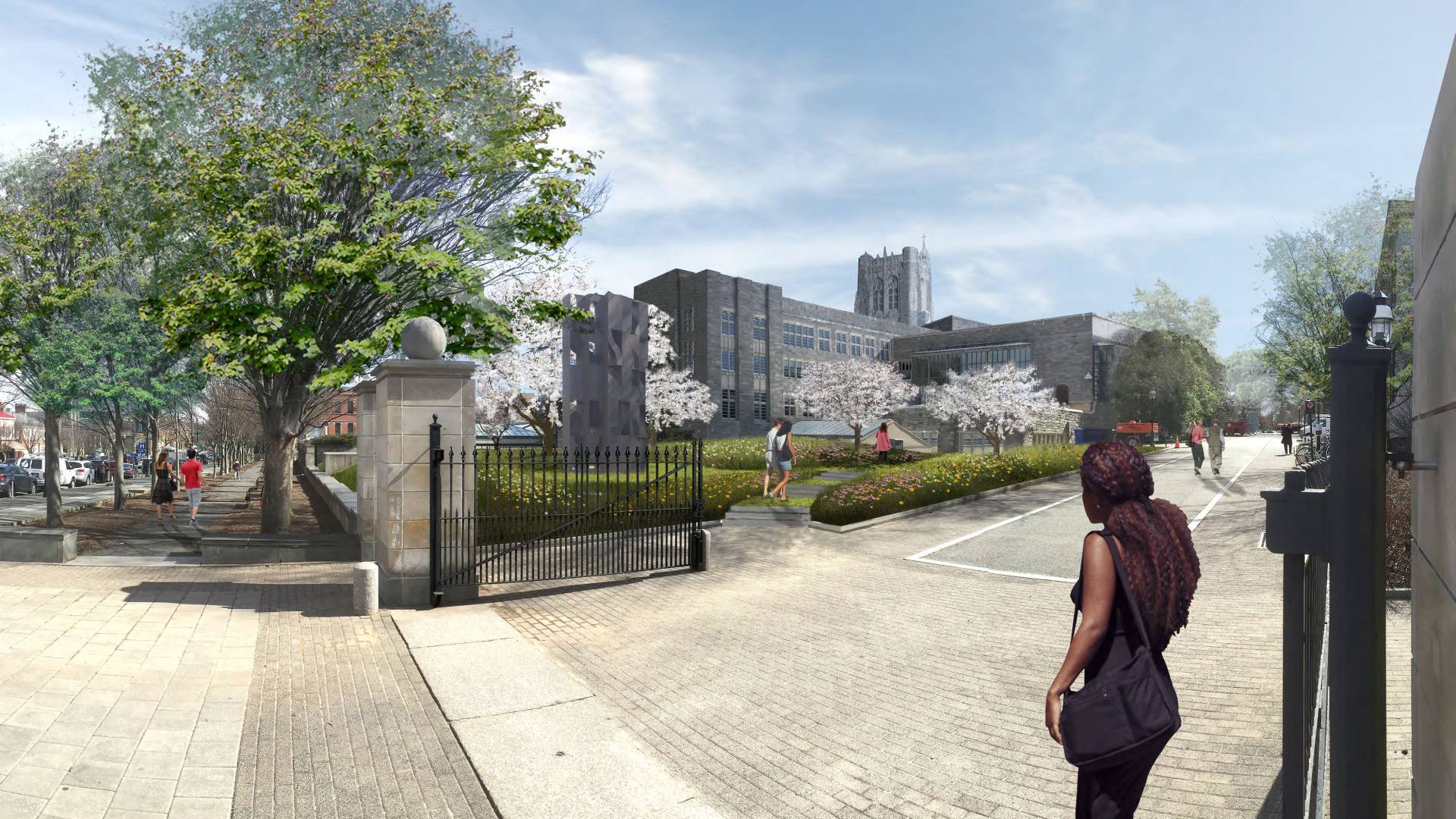 This artist's rendering shows the anticipated landscape of a public garden being constructed as a green roof covering a portion of Firestone Library between Firestone Plaza and Nassau Street.

The two spaces are a public garden that is being constructed as a green roof covering a portion of Firestone Library between Firestone Plaza and Nassau Street, and the easternmost arch in East Pyne Hall. Advice and suggestions regarding the naming of these spaces can be submitted through the committee’s website. The committee also requests suggestions of names that could be considered when other spaces are referred to the committee in the future.

According to the committee’s website, the garden “will exemplify the University’s commitment to sustainability, and it will be in a prominent location that members of the campus community and visitors to the campus pass by frequently. It is readily visible from Nassau Street, and thus to the town.” 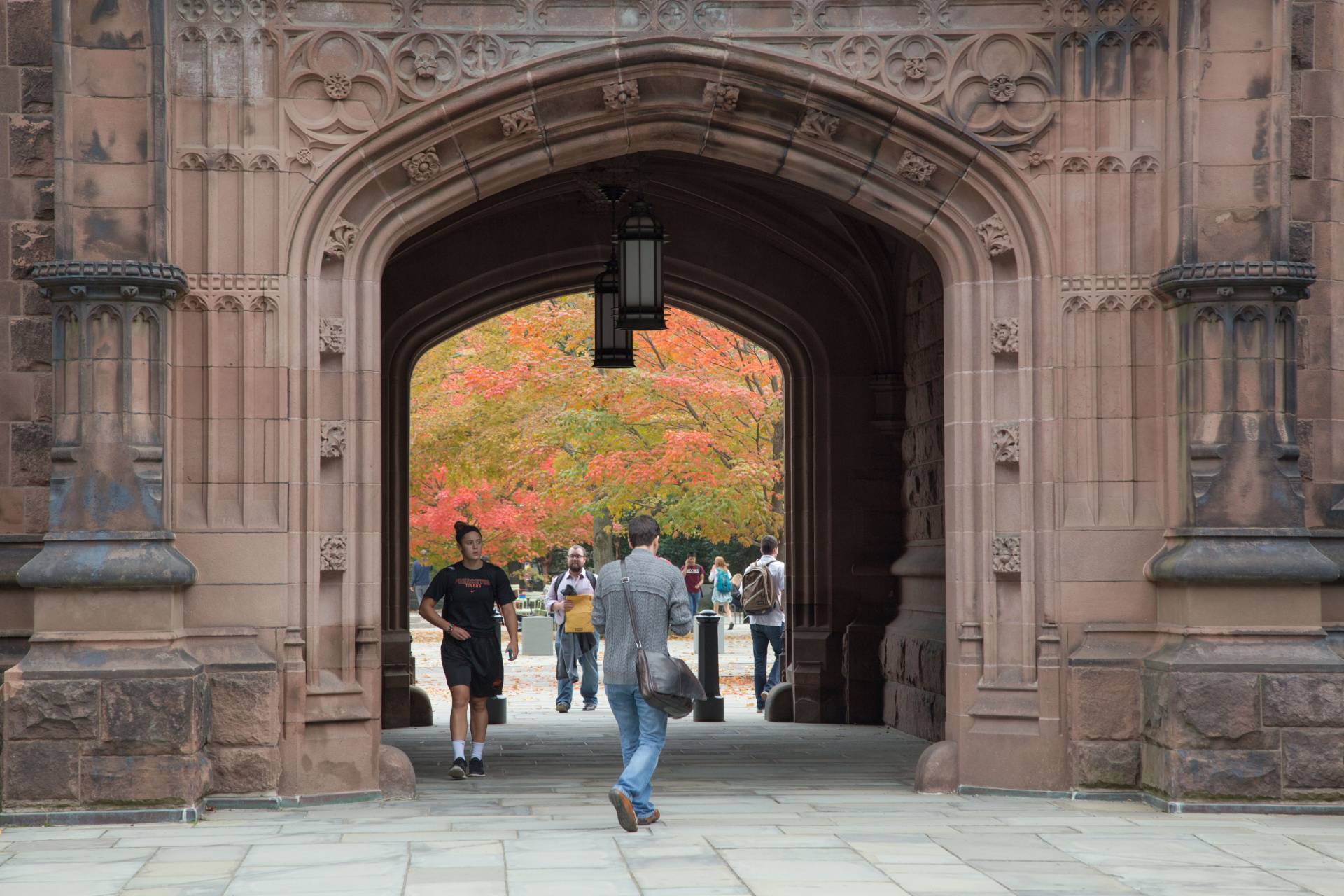 A view from the East Pyne courtyard through the building's eastern arch.

In referring the two spaces to the committee, President Christopher L. Eisgruber said “while both of these spaces are outdoors, they are different in character — one is entirely open and newly created, whereas the other is defined and partially enclosed by one of Princeton’s oldest and most prominent collegiate gothic buildings. Both are in areas heavily trafficked by members of the campus community, by alumni when they are on campus, and by townspeople and other outside visitors.”

The Committee on Naming was established in the fall of 2016 to provide advice to the trustees “for naming buildings or other spaces not already named for historical figures or donors to recognize individuals who would bring a more diverse presence to the campus.”

Committee members include four members of the faculty, including the committee chair, Professor Angela Creager of the Department of History; two undergraduates; a graduate student; an alumnus; and two members of the administration.