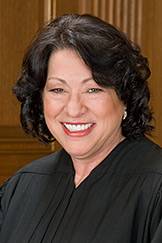 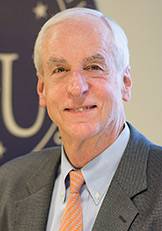 Photo courtesy of the Association of American Universities

Princeton University will present its top honors for alumni to Sonia Sotomayor, associate justice of the U.S. Supreme Court, and Hunter R. Rawlings III, president of the Association of American Universities and a former president of two universities.

Sotomayor was nominated to the Supreme Court on May 26, 2009, and she assumed the role on Aug. 8 that year. Sotomayor is the court's first Latina and third female justice. She is the first female Princeton graduate and the 11th Princetonian to serve on the court.

Previously, Sotomayor served as a judge on the United States Court of Appeals for the Second Circuit from 1998-2009. In 1991, President George H.W. Bush nominated Sotomayor to the U.S. District Court, Southern District of New York, and she served in that role from 1992-98. She began her legal career as an assistant district attorney with the New York County district attorney's office. In 1984 she joined the law firm Pavia & Harcourt, and became a partner with a focus on international commercial matters.

"In robes or out, Justice Sotomayor personifies public service," said Cecilia Rouse, dean of the Woodrow Wilson School of Public and International Affairs. "In every element of her life, she seeks to contribute to the common good. She lives up to the call Woodrow Wilson gave in a speech to Princeton undergraduates, 'You are here in order to enable the world to live more amply, with greater vision, with a finer spirit of hope and achievement.' I am so pleased that this daughter of Princeton is this year's fitting choice for the Woodrow Wilson Award."

Sotomayor earned an A.B. in history with highest honors from Princeton in 1976. She also received the Pyne Prize, the highest general distinction conferred on an undergraduate. In 1979, she earned a law degree from Yale Law School where she served as editor of the Yale Law Journal.

Sotomayor received an honorary degree from Princeton in 2001 and served as a trustee of the University from 2007 to 2011. On April 29, 2011, she returned to campus to speak at the "She Roars: Celebrating Women at Princeton" conference. Sotomayor's memoir, "My Beloved World," was published earlier this year.

Rawlings is known as a national spokesperson for higher education. He became president of the Association of American Universities (AAU) in 2011, a nonprofit association of 62 leading public and private research universities in the United States and Canada.

"Hunter is a well-known and respected leader in higher education," said Dean of the Graduate School William Russel, noting that Rawlings in particular is a "premier and long-standing leader" of public education. He added that the work Rawlings pursues — often through writings and speeches on public higher education — "articulates the crisis that exists and the desperate need for change within research universities and for support from the governments that created them."

At the helm of the AAU, Rawlings works with other university and college leaders on issues that are important to research-intensive universities, including funding for research, education policy, and graduate and undergraduate education.

Among his many initiatives as president of Cornell, Rawlings concentrated on increasing student diversity and making Cornell's need-blind admission policy permanent. He emphasized the importance of undergraduate teaching and gave new priority to several fields of scientific research, including life sciences, nanoscience and information technology. He also established a new campus of the Weill Cornell Medical College in Qatar. He also oversaw changes to residential life, including housing all freshmen together on campus.

Rawlings has served as chair of both the AAU and the Council of Ivy Group Presidents. He is a member of the American Academy of Arts and Sciences, and he serves on the boards of the American School of Classical Studies in Athens,  and the National Academy Foundation.

Rawlings received his bachelor's degree in classics from Haverford College in 1966 before receiving his Ph.D. from Princeton. He is the author of "The Structure of Thucydides' History," published by Princeton University Press. Rawlings spoke at the recent installation of President Christopher L. Eisgruber, offering greetings on behalf of the worldwide higher education community.