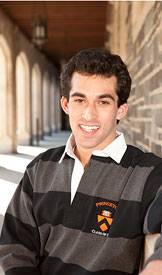 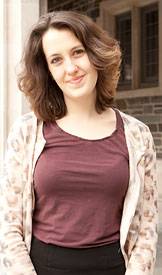 They will be recognized at a luncheon during Alumni Day on campus Saturday, Feb. 26.

Rosen, who is from Allentown, Pa., is majoring in economics and pursuing a certificate in global health and health policy. He has served for four years as president of Princeton's class of 2011 and is chair of the University's Honor Committee, which investigates violations of the Honor Code for undergraduates. After graduating from Princeton, Rosen plans to attend medical school and become a physician.

"I feel incredibly honored to be selected for the Pyne Prize, and I don't think I can express how much this award means to me," he said. "I'm extremely grateful to all of my classmates, teachers and advisers, who have made my Princeton experience what it is so far."

Rosen has focused his junior and senior independent academic work on issues combining his interests in economics and health care. For his senior thesis, he is investigating how patient outcomes are affected by hospital ownership -- private for-profit, private not-for-profit, or public -- based on a study of nationwide data.

"This is a very important area of inquiry both from scientific and public policy standpoints," said his thesis adviser Nancy Reichman, a visiting professor of economics at Princeton and a professor of pediatrics at Robert Wood Johnson Medical School. "Alex will be making a huge contribution by conducting a contemporary and comprehensive analysis of the effects of hospital ownership on patient outcomes. … I believe this study will be publishable in a top health economics journal or even in more general-interest outlets."

Rosen said his career aspiration is to "make a positive impact on health care access and delivery." This goal has been shaped by his academic work at Princeton as well as his experience last summer as a clinical research intern at Children's National Medical Center in Washington, D.C., a position he obtained through the Princeton Internships in Civic Service program.

Rosen's interest in health issues dates back to his high school years, when he founded Tennis Friends, an Allentown-based group that provides free tennis clinics to teens with developmental disabilities. He continues to co-direct the organization.

"Both in his academic work and in community service, Alex addresses pressing sociomedical problems and looks for alternative ways of understanding and intervening," said João Biehl, Princeton's Susan Dod Brown Professor of Anthropology and co-director of the Program in Global Health and Health Policy. "He possesses a comprehensive and detailed knowledge of research trends and methods across disciplines and is able to combine these to produce innovative knowledge that both addresses macro-health issues and is sensitive to people's issues on the ground."

Rosen has been active in a variety of leadership and governance roles during his time at Princeton, most notably as a four-term class president.

"Serving as class president certainly has been a transformative experience for me," he said. "It has allowed me to get to know and to learn from so many members of my class, all of whom are extraordinarily talented."

Christina Davis, director of student life at Whitman College, said of Rosen, "He's been a great support and resource for advisees and has encouraged many of them to get involved both in Whitman and in the greater University community. Alex is extremely mature, responsible and has been nothing but a pleasure to supervise."

Thomson-DeVeaux, who is from Charlottesville, Va., is a religion major and a candidate for certificates in gender and sexuality studies and Hellenic studies. Reflecting her academic and extracurricular passions at Princeton, after graduation she plans to embark upon further study of the intersection between religion and gender and to pursue work related to social justice.

"I was surprised, thrilled and of course deeply honored to be chosen as one of the co-winners of this year's Pyne Prize," Thomson-DeVeaux said. "It's both wonderful and overwhelming to be honored by the faculty and administrators I admire so much."

Thomson-DeVeaux has engaged in a wide range of academic pursuits, from writing a junior paper on campus sexual culture to living in a nunnery in Greece for two weeks as part of a summer research program in Hellenic studies. For her senior thesis, she is examining the work of the French philosopher, writer and activist Simone Weil, incorporating analysis of feminist theory, Christian theology and disability studies.

Eric Gregory, a professor of religion who is Thomson-DeVeaux's thesis adviser, said he expects her to produce a "polished and elegant thesis that will be a publishable contribution to an emerging area of scholarship."

Gregory said he ranks Thomson-DeVeaux among the top three students he has taught in 10 years at Princeton. "Some of my colleagues speak of a 'sparkle' when reviewing graduate admission folders. Amelia has that sparkle and more," he said. "She is learned, conceptually acute and imaginative. She has flourished at Princeton, making contributions to the common good both inside and outside the classroom."

Among her many extracurricular endeavors, Thomson-DeVeaux co-founded the Equal Writes Blog, which is devoted to feminist and gender issues and now includes a staff of 20 bloggers. She also founded the student group Let's Talk Sex, for which she organized discussion groups and lectures and contributed op-ed columns in The Daily Princetonian student newspaper.

"Amelia has influenced student culture in a way that would not have been possible for a less mature, self-aware or passionate student," said Amada Sandoval, director of the Women's Center at Princeton. "In initiating and engaging in dialogue with students whose political and social belief systems are very different from her own, Amelia has demonstrated a generosity of spirit and ability for active and compassionate listening that belie her age."

Thomson-DeVeaux is a member of Princeton's Steering Committee on Undergraduate Women's Leadership, a group of faculty, staff and students charged by President Shirley M. Tilghman to explore women's leadership in academic and extracurricular activities. In addition, she co-chairs the multi-campus initiative New Jersey Students for Women's Health, is the former president of Princeton Pro-Choice Vox and serves as a moderator for discussions on gender and socioeconomic issues through the Sustained Dialogue program.

"Princeton is an extraordinary place to be a student activist, because although there's an immense diversity of views, the students are willing to engage with each other," said Thomson-DeVeaux. "We're immensely lucky to be part of a community that values open and honest discourse, even when the conversations turn controversial. I've been shaped by the opportunity to build bridges between people who may disagree, but who are still committed to listening and learning from one another."

Jill Dolan, the Annan Professor in English and director of the Program in Gender and Sexuality Studies, said of Thomson-DeVeaux, "In these last few years, I've found her to be one of the most stimulating interlocutors on campus -- student, faculty or staff. Her knowledge of contemporary social issues is deep and lively, and the feminist perspective she brings to bear is incisive and productive.

"She's a poised, thoughtful, gifted young woman, who has used the iconoclasm of contemporary feminism and her own faith in social change to leave a lasting legacy for future Princeton students," Dolan added. "I have no doubt that she'll become an important public figure as she moves the locus of her work to the larger world."

Plans emerge from report on leadership