Princeton University seniors Emma Coley and Ben Press have been named co-winners of the 2020 Moses Taylor Pyne Honor Prize, the highest general distinction conferred on an undergraduate. They will be recognized at a luncheon during Alumni Day on campus Saturday, Feb. 22.

Coley, of Cuyahoga Falls, Ohio, is a religion concentrator pursuing certificates in ethnographic studies, humanistic studies and urban studies. She is a two-time recipient of the Shapiro Prize for Academic Excellence. 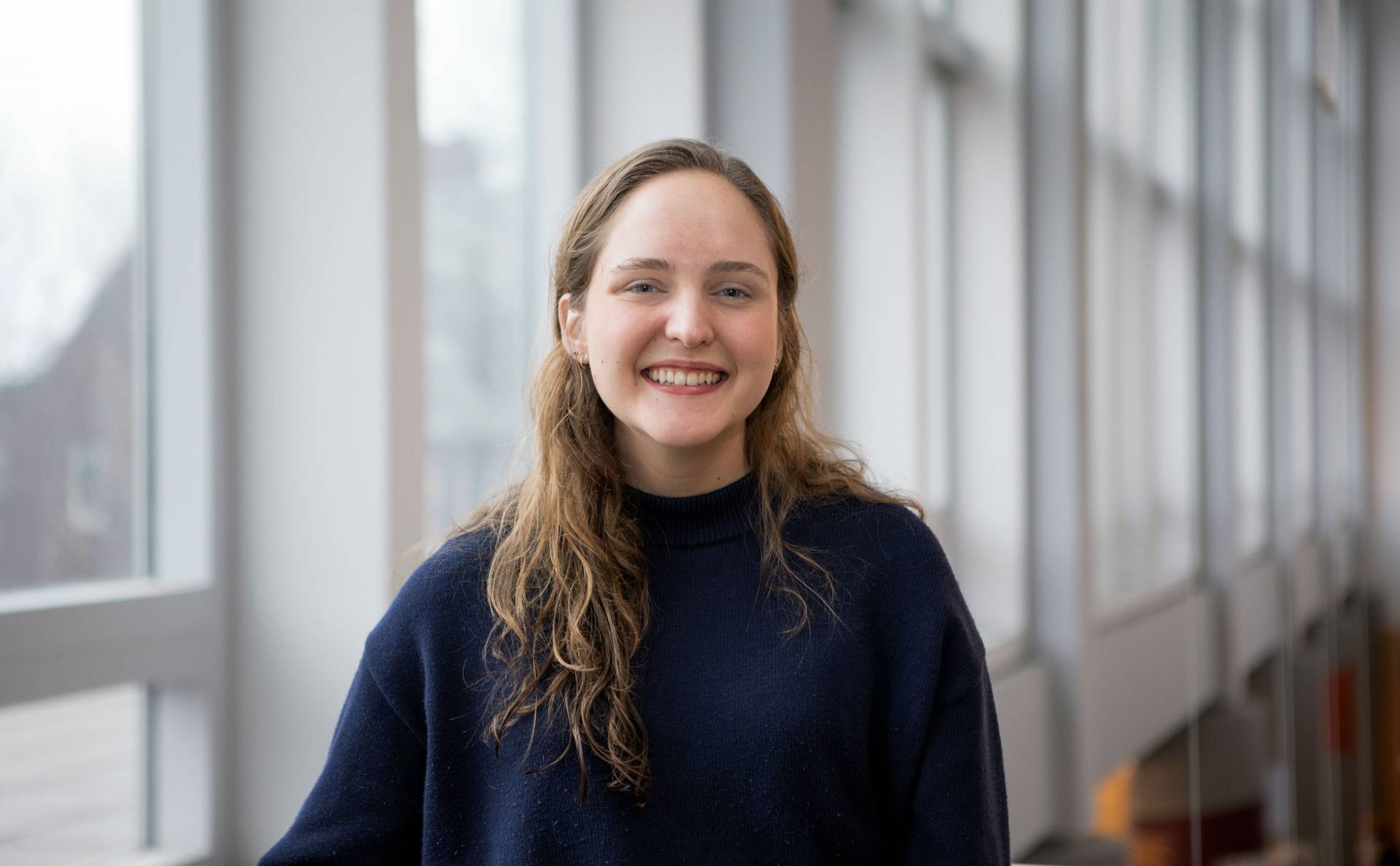 “I see the Pyne Prize as a celebration of the ways in which my friends, professors and mentors have both supported me and challenged me to grow academically and personally,” Coley said. “I’m especially grateful for the opportunities I’ve had at Princeton to think in an interdisciplinary and creative way about questions related to ethics, community-building and justice.”

Eric Gregory, professor of religion and chair of the Humanities Council, said he feels lucky to teach and learn from remarkable students like Coley.

“Emma is just a perfectly fitting choice for the Pyne Prize,” Gregory said. “Passionate about social justice and democracy in everyday life, she is a mature thinker able to reflect critically on her commitments by thinking through diverse ethical traditions that challenge traditional categories.”

He noted that Coley's senior thesis on homelessness in Portland, Oregon, which joins fieldwork, urban history and Catholic social thought, embodies the sort of research that is possible through the academic study of religion.

“A great conversation partner, Emma is a voracious reader with a keen eye for storytelling that brings alive difficult abstract principles like subsidiarity,” Gregory said.

Coley said her independent research grew out of a longstanding relationship to unhoused communities in her hometown. Her thesis explores the role of faith communities in responding to the U.S. housing crisis. She hopes to deepen this work next year in collaboration with a Catholic Worker house of hospitality for unhoused people in Portland.

“Through the Catholic Worker, I hope to help advance cooperative purchasing and housing projects that support the advocacy efforts of unhoused communities in the city,” she said of her plans after graduation.

For her leadership of service initiatives, Coley received the 2019 A. James Fisher Jr. Memorial Award. The honor is presented each year to a senior who combines a passion for civic engagement with an entrepreneurial spirit.

Coley has organized various service programs on campus through the Office of Religious Life (ORL) and John H. Pace  Jr. ’39 Center for Civic Engagement. Off campus, Coley was a faith and youth engagement intern at the United Nations through a partnership between UN Women and ORL, as well as a policy intern for the U.S. Conference of Catholic Bishops’ migration and refugee services. She also interned with a refugee empowerment agricultural program in Cleveland.

In 2018, Coley helped establish the Princeton Asylum Project, which is a collaboration between ORL and Catholic Charities of New York. She assembled a team of 15 students to conduct research into the recruitment of scholars to testify in support of asylum seekers’ claims. She managed the students’ work and oversaw communications for the entire project.

“A leader by example and service, Emma represents the best of our undergraduates through her work with the Pace Center, the Princeton Asylum Project and the Office of Religious Life,” Gregory said. “Like many of the figures she studies, she puts her ideals into practice without ever losing sight of ordinary people and the common good.”

Coley said the Asylum Project is a culmination of her academic and service experiences at Princeton.

“It explores, in a concrete way, the role that students, scholars and a university can play in the careful mobilization of knowledge in the creation of a more just world — not in the abstract, but in terms of the lives of real people,” she said.

In addition, Coley spent a year as a student coordinator of ORL’s Religion and Forced Migration Initiative. She assisted in the design and implementation of a three-year national program to foster understanding of religion’s role in refugee resettlement, which included workshops, interfaith activities and oral history trainings.

Coley is a former co-chair of the University’s Religious Life Council, which fosters interfaith conversations between students of all faiths and beliefs. She has also served as co-chair of the Pace Council for Civic Values, a student leadership board that plans and hosts events through the Pace Center and facilities collaboration among many service groups on campus.

“My most meaningful experiences at Princeton have been through the Office of Religious Life, especially the community I found through the Religious Life Council, and the opportunity to collaborate with students, scholars and legal professionals through the Princeton Asylum Project,” Coley said.

In addition, Coley founded the Princeton in Trenton Fellowship through the Pace Center to help students gain a deeper understanding of the political, social and economic history of Trenton, New Jersey. She was a Community Action leader during Orientation and a tutor for middle school students with Community House. Presently, Coley is a member of the Behrman Undergraduate Society of Fellows and a peer mentor within the Humanities Council’s student mentorship program.

Press, of Vienna, Virginia, is a history major pursuing certificates medieval studies and history and the practice of diplomacy. He is a recipient of the Shapiro Prize for Academic Excellence, as well as the Department of History’s Stone-Davis Prize and Carter Kim Combe ’74 Prize. 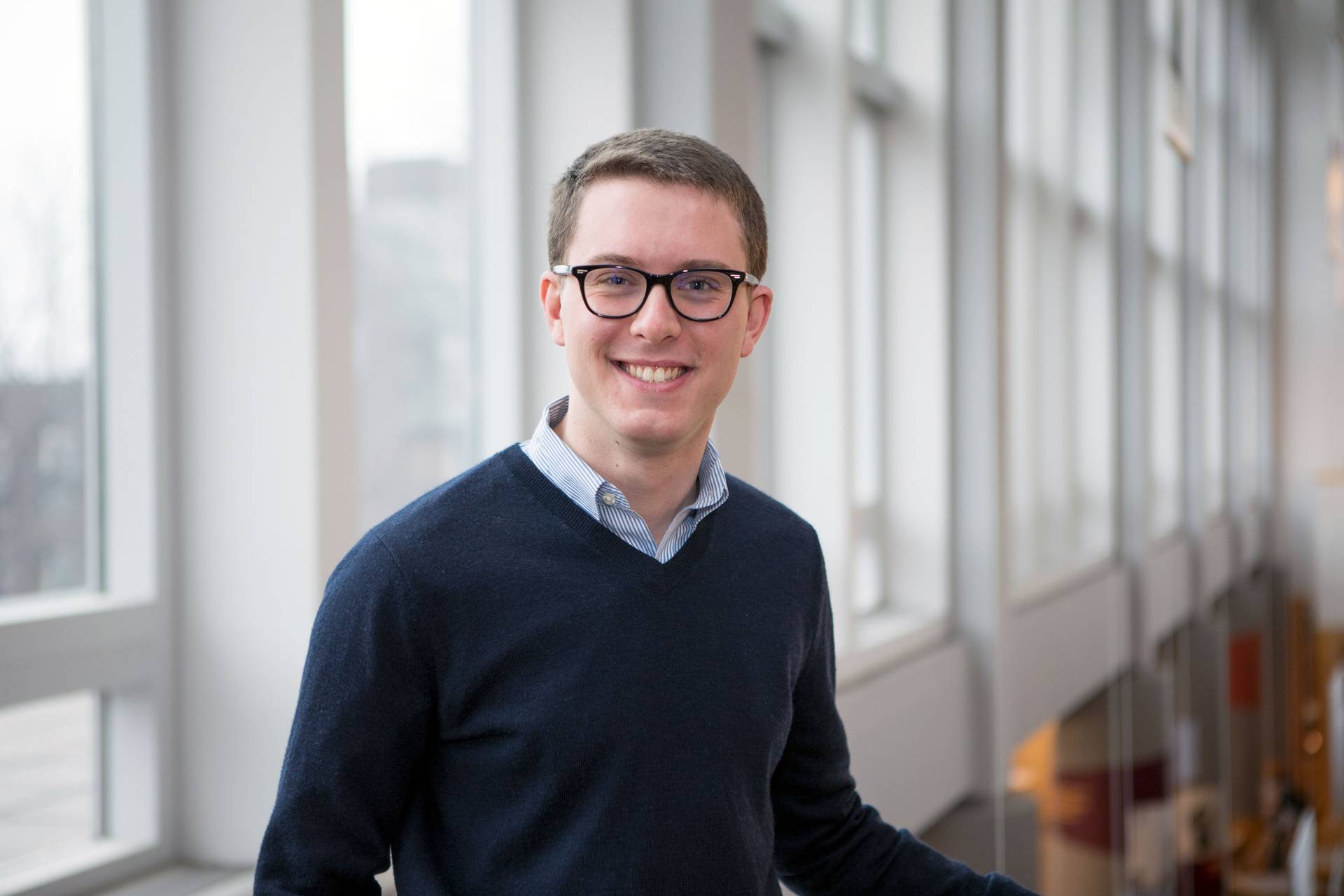 “I can't begin to describe how honored I am by this recognition,” Press said. “The Pyne Prize, however, does not belong to me alone. It belongs to all those who have invested in me, who have seen fit to take time to guide me in being a better student, scholar, leader and citizen.”

He continued: “I'm so thankful for the professors, administrators and staff who have shared insights with me, going above the call of duty to embolden my disparate academic interests and guide me through this spectacular University. Above all, I'm thankful for my friends and family, who have encouraged me at every step of the way — especially my mom, who, though she passed away in my junior year, never wavered in her belief in me.”

He has been an active member of the Princeton Model UN Team and served as deputy team captain, winning outstanding and best delegate awards at multiple conferences.

William Chester Jordan, the Dayton-Stockton Professor of History, said Press “stands out even among Princeton students.”

“He embodies, as well as any student I have ever known, the love of learning,” Jordan said. “What is extraordinary about Ben is also how lightly he wears his exceptional quality of mind and research skills.”

“It was not merely that Ben took my undergraduate courses. He did splendidly in them,” Jordan said. “We regularly talked during my office hours about technical issues and contested arguments raised in the lectures and the assigned readings. These were inevitably stimulating encounters. His examinations and papers were models of precision, written in accessible and lucid prose. What I observed in Ben is no different from what his other teachers observed.”

Jordan is now advising Press’ senior thesis, which investigates how the collapse of governance in mid-1620s England fueled new models of representation to redefine the role of Parliament. Press received a grant from the history department to conduct thesis research at the British Library in London.

“I have now read a draft of a hefty section of Ben’s senior thesis. It is amazing,” Jordan said. “He could stop now and I would accept it as the thesis and grade it A, but in fact it is only one-third (approximately) of what he plans.”

In addition to his academic work, Press is an undergraduate fellow with the University’s Center for International Security Studies and the James Madison Program in American Ideals and Institutions. He also serves on the University Priorities Committee, Faculty Committee on the Course of Study and USG Academics Committee, among others.

Outside campus, Press has interned at the U.S. Department of State’s Bureau for Democracy, Human Rights and Labor. He was recognized as one of the top interns at the department and  received an Annenberg Fellowship with the Council of American Ambassadors. He also completed a Princeton in France internship at the Fondation Monet in Giverny, France.

Two summers ago, he participated in the University’s International Internship Program at the International Institute for Democracy and Electoral Assistance (IDEA) in Stockholm, Sweden. He investigated trends in representation and helped organize an international conference on “Representation in the Age of Populism: Ideas for Global Action.”

“My international internship brought together my interests in history, politics and international relations by highlighting how international actors can encourage good governance,” he said. “My fascination with these fields grew out of a number of experiences, but my coursework in English Constitutional History with Professor William Chester Jordan and on Modern Authoritarianism with Professor Stephen Kotkin was especially formative in my understanding of the evolution of governance and law.”

Before Princeton, Press was the student representative on the Fairfax County School Board in Virginia. Press is an Eagle Scout and serves on the National Capital Area Council Endowment Committee, helping fundraise and manage the endowment for Boy Scout Council in the Washington, D.C. area.

After graduation, he hopes to attend law school and pursue a career in public service focused on improving democratic and legal institutions across the globe.