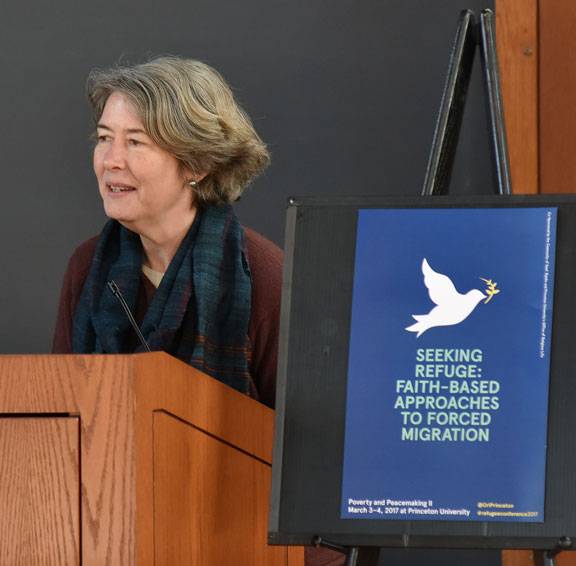 "Who are we without welcome?" That was the question asked at the recent conference "Seeking Refuge: Faith-Based Approaches to Forced Migration" organized by Princeton University's Office of Religious Life and the international Catholic organization Community of Sant'Egidio.

The program included two plenary sessions, 21 total roundtable sessions, an optional prayer service, and informal time to make friends and build new partnerships. The community that gathered was diverse, yet the participants agreed that forced migration is a singular priority of our time.

The conference is the second co-hosted by the Office of Religious Life (ORL) and the Community of Sant'Egidio. One of the main goals of "Seeking Refuge" was to create a space to discuss and advocate for refugee issues, following the Sant'Egidio model of listening to and making friends with refugees while working with governments to provide humanitarian and legal assistance.

"This was our small way of helping fulfill Princeton's informal motto of 'In the Nation's Service and the Service of Humanity,'" Associate Dean of Religious Life Matthew Weiner said. "Many secular and religious groups work with refugees and forced migrants to provide humanitarian, legal and psychosocial assistance, and scholars vigorously research refugee-related fields, but they are not often brought into the same room to workshop together. Our conference gathered leading experts across many disciplines, including top United Nations representatives."

The ORL has become increasingly involved in refugee issues this year and has created the Forced Migration Forum at Princeton. "Seeking Refuge" helped strengthen existing partnerships that the office has built with organizations throughout the state.

The conference highlighted the role that faith communities play in America in forced migration work. In the closing plenary, Ashley Feasley from the U.S. Conference of Catholic Bishops said six of the nine refugee resettlement agencies in America are faith-based organizations. Feasley and Mitzi Schroeder from Jesuit Refugee Service USA emphasized the importance of the Catholic concept of accompaniment in their work. Schroeder, in her afternoon roundtable "How Do We Operationalize Our Faith," explained that "a personal act of accompanying refugees can grow into a political act" and eventually influence politicians and policymakers. Sylvie Sun, a board member of Buddhist Global Relief, responded to Schroeder by explaining that interfaith initiatives are an effective way to build a sense of shared equality with refugees, telling of a rally in Queens in which Buddhists proclaimed, "Today, I am a Muslim too."

Conference speakers included scholars, government officials, professionals from faith-based agencies and grassroots religious leaders, students, and refugees and undocumented individuals. At the panel "Once a Refugee, Always a Refugee? Faith-Based Welcome," speakers included from left to right: Katherine Marshall of Georgetown University; Claudio Mario Betti of the Community of Sant’Egidio; Ashley Feasley of the U.S. Conference of Catholic Bishops; Sarah Sayeed of the New York City Office of the Mayor; and Mamadou Sy of Lutheran Social Services of the National Capital Area.

Some roundtables were practical workshops, such as "Creating Sanctuary Space" and "The Media and Migration." In the latter, NPR correspondent Deborah Amos and Princeton's Eldar Shafir, the Class of 1987 Professor in Behavioral Science and Public Policy, spoke about how images of a child suffering can affect how we respond to the refugee crisis, but the effect does not often last. "How can you be memorable without being manipulative?" asked Shafir.

The conference was co-sponsored by the Pace Center for Civic Engagement, the Mamdouha S. Bobst Center for Peace, the Princeton Institute for International and Regional Studies (PIIRS), the Center for Migration and Development; and the PIIRS Research Community "Migration: People Across Cultures and Borders." Eight Princeton undergraduates worked with conference organizers to develop the program, and students were responsible for documenting the roundtable sessions.

During the opening plenary panel, Assistant Professor of Classics Dan-el Padilla Peralta shared his personal experience as an undocumented student. Padilla Peralta graduated from Princeton as salutatorian in 2006. He recounted his childhood in Queens and how his mother's prayer habits intensified as she "prayed for security, resolution to our immigration status, an end to our homelessness, refuge" after the family left the Dominican Republic. "We're all pilgrims in life," Padilla Peralta mused, offering reflections on how everyone must reckon with their personal histories of migration. 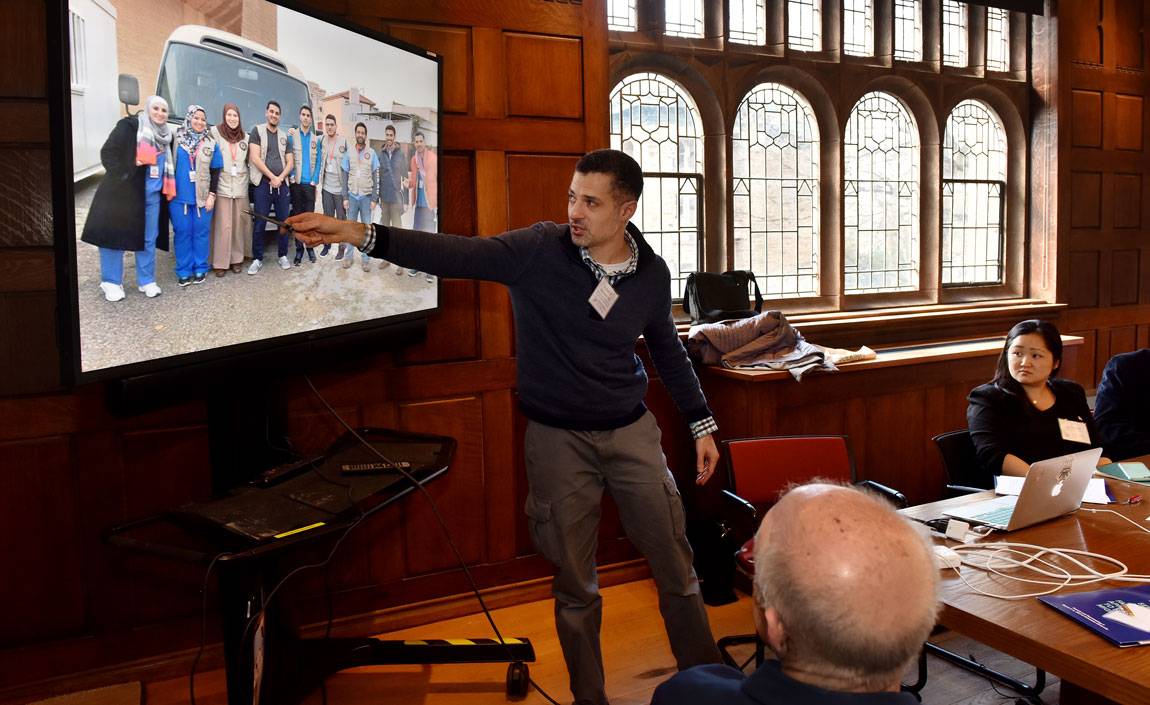 At the end of the conference, Pulitzer Prize-winning poet Tracy K. Smith, Princeton's Roger S. Berlind '52 Professor in the Humanities and director of the Program in Creative Writing, offered poetic reflections. Smith wrote what she called a "secular liturgy," including words she had heard throughout the entire conference and a specially written poem called "Refuge."

... Your sister in a camp in Turkey,
Sixteen, deserving of everything:
Let her be my daughter, who has
Curled her neat hands into fists,
Insisting nothing is fair and I
Have never loved her.

After Smith spoke and religious leaders read reflections from their faith traditions, each conference participant was asked to take out their nametag. Inside was the name of a refugee who had died in passage to a new life, handwritten by a Princeton student. Those names were commemorated in the final interfaith ceremony.

One Muslim woman who participated in the morning roundtable session "Religious Experience: Testimonies from Refugees and Workers" quietly summarized the intention and the tone of the conference. "This is a sacred space, because there is something about the testimonies people have that shape who we become," she said.

Recordings from the opening and closing sessions of "Seeking Refuge" are available on the conference website. Written summaries of the roundtable sessions will soon be available as well.

'Sanctuary' is focus of freshman seminar