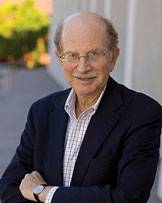 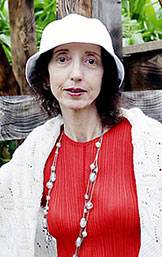 Princeton University professors Stanley Katz, a well-known scholar of American legal history and educational institutions, and Joyce Carol Oates, one of the country's most influential authors of fiction and essays, have been awarded the National Humanities Medal by President Barack Obama.

The medal honors those whose work has deepened the nation's understanding of and engagement with the humanities, or helped preserve and expand access to important resources in the humanities. Katz and Oates were among 10 individuals presented with the award at a White House ceremony Wednesday, March 2.

"Joyce Carol Oates and Stan Katz are two of Princeton's most powerful voices, whose prolific contributions to American literature and history, and the humanities in general, have enriched the life of our University community and our nation as a whole," Princeton President Shirley M. Tilghman said. "For more than three decades, they have inspired our students -- and many others -- to embrace the world of letters and humanistic inquiry, and I am delighted that they are being honored in this way."

Katz, who has taught at Princeton since 1978, is a lecturer with the rank of professor at the Woodrow Wilson School of Public and International Affairs and director of the school's Center for Arts and Cultural Policy Studies.

"Stan has played a central role at the Woodrow Wilson School for many years -- supporting research and education on the arts and cultural policy, teaching about democracy, helping us develop study abroad programs, and generally serving as a mentor and friend to countless students," said Christina Paxson, dean of the Wilson School. "It is a privilege to work with him, and I can’t think of anyone who is more deserving of this honor."

Since 1986, when he became president of the American Council of Learned Societies, Katz has been at the forefront of the study of higher education and philanthropies. He is known for his frequent commentaries on current issues in the academy.

Katz has excelled in guiding numerous influential American humanities organizations, serving as the head of more than 60 of them over the course of his career, including the Organization of American Historians and the American Society for Legal History. He is the author or editor of 15 books or book series, including the "Oliver Wendell Holmes Devise History of the Supreme Court of the United States" and the six-volume "Oxford International Encyclopedia of Legal History." His most recent research focuses on the relationship of civil society and constitutionalism to democracy and the relationship of the United States to the international human rights regime.

Oates, Princeton's Roger S. Berlind '52 Professor in the Humanities and a faculty member since 1978, has penned more than 50 novels, as well as books of short stories, plays, poetry, literary criticism and essays in the course of a writing career that has spanned five decades. She began writing novels at 14, after her grandmother gave her a typewriter for her birthday. At 19, she won the Mademoiselle magazine fiction contest.

Much of her fiction has been set in upstate rural New York and has explored family relationships, many of them plagued by violence, poverty and addiction. Some of her most acclaimed novels are "We Were The Mulvaneys," a portrait of a family's fall from grace; "Blonde," which portrays the life of Marilyn Monroe; "The Falls," a haunting story about Niagara Falls; and "The Gravedigger's Daughter," which is based on the life of Oates' grandmother.

"We're all thrilled to hear about Joyce Carol Oates' honor, though hardly surprised that what we cherish in her as an artist and a member of the Princeton community is being more and more recognized in the wider world," said Paul Muldoon, the chair of Princeton's Lewis Center for the Arts and a Pulitzer Prize-winning poet.

In addition to her fiction, Oates is known for her literary criticism and essays, which have examined such diverse themes as boxing, serial killers, poetry and art. Her many literary awards include the National Book Award, the PEN/Malamud Award honoring excellence in the art of the short story, the O. Henry Prize for continued achievement in the short story and the Kenyon Review Award for Literary Achievement.