The Program in Creative Writing’s 70th anniversary reading series, organized by Chang-rae Lee and Susan Wheeler, is part of the ongoing Althea Ward Clark Reading Series, which allows campus and local community members to hear and meet leading writers of contemporary poetry and fiction. Readings will take place at 4:30 p.m. Wednesdays in the Stewart Film Theater, 185 Nassau St. Maxine Kumin (above) will read her poetry and Joyce Carol Oates (below) will read her poetry and prose on Oct. 21. Biographies of the writers — plus more about this history of the program — can be found on the Lewis Center for the Arts website.

Distinguished writers affiliated with Princeton's internationally renowned Program in Creative Writing will be featured in a reading series celebrating the 70th anniversary of creative writing at the University this year.

Maxine Kumin and Joyce Carol Oates will lead off the readings by current and former faculty, alumni, fellows and students in the program at 4:30 p.m. Wednesday, Oct. 21, in the Stewart Film Theater at the Lewis Center for the Arts, 185 Nassau St.

Kumin, who taught at Princeton in 1978-79 and 1981-82, has published 16 books of poetry, including the Pulitzer Prize-winning "Up Country: Poems of New England." She also has published a memoir, collections of essays and short stories, and more than 20 children's books. Oates, the Roger S. Berlind '52 Professor in the Humanities, has taught at Princeton since 1978. One of the most eminent and prolific American fiction writers, she is the author of more than 70 novels, short stories, literary criticism, essays, poetry volumes and plays, including the bestsellers "We Were the Mulvaneys" (1996 ), "Blonde" (2001), "The Falls" (2004) and "The Gravedigger's Daughter" (2007). Among numerous accolades, Oates has received the National Book Award, the PEN/Malamud Award for Excellence in Short Fiction and the O. Henry Prize for continued achievement in the short story.

"For those who have tended to think that Princeton has only recently put such emphasis on the creative and performing arts, it's good to be reminded that the creative writing program has made such a large impact for so very long. It is, quite simply, the best in the country," said Paul Muldoon, chair of the Lewis Center for the Arts and the Howard G.B. Clark '21 University Professor in the Humanities. 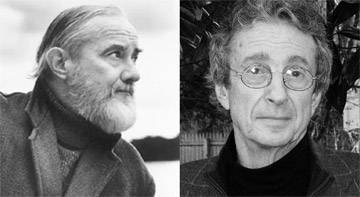 Princeton's creative arts program, the precursor of four later programs (creative writing, theater, dance, and visual arts), was established in 1939 under the leadership of Dean Christian Gauss, who observed that University departments at the time focused their teaching on the history and achievements of poets, writers, sculptors and artists but did little to cultivate writers and other artists. Supported by a grant from the Carnegie Corp., the creative arts program was established "to allow the talented undergraduates to work in the creative arts under professional supervision while pursuing a regular liberal arts course of study, as well as to offer all interested undergraduates an opportunity to develop their creative faculties in connection with the general program of humanistic education." 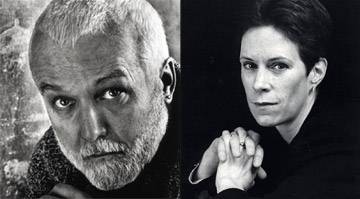 Russell Banks (left) will read his prose and Chase Twichell will read her poetry on March 24.

The program continued to evolve, most notably under the leadership of Edmund Keeley, who served as director from 1965 to 1981, as it changed its name to the Program in Creative Writing and Theater and finally to the Program in Creative Writing. Theodore Weiss joined Keeley in 1966 and the two did much to expand the program, bringing in such distinguished writers as Elizabeth Bowen, Thomas Gunn, Anthony Burgess, Galway Kinnell, Oates and Banks.

Keeley changed the format of creative writing courses from precepts, with students meeting individually with their adviser once a week to discuss their writing, to the current workshop format, in which students share their work with other students under the guidance of faculty, supplemented with readings in literature and individual conferences. 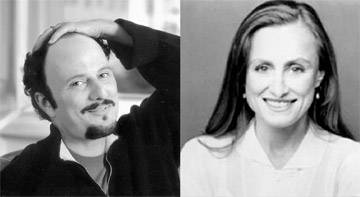 Jeffrey Eugenides and Mona Simpson will read their prose on April 7.

It also was during Keeley's leadership that the program moved to its current location, the former Nassau Street School at 185 Nassau St. There the program expanded with the rapid growth of student interest in the creative arts in the early '70s, and by 1975 there were three separate programs in creative writing, theater and dance (separated at the beginning of the 2009-10 academic year), and visual arts. In 2006 those programs were united under the University Center for the Creative and Performing Arts, now the Lewis Center for the Arts.

Princeton students currently pursue original work in fiction, poetry and translation under the guidance of the creative writing faculty members who hold some of the country's most prestigious literary honors and awards, including Eugenides, Lee, Muldoon, Oates, Richardson, Tracy Smith, Susan Wheeler, White and Williams. Small workshop courses, averaging eight to 10 students, provide intensive feedback and instruction for both beginners and advanced writers. Each year 15 to 20 seniors work individually with a member of the faculty on a creative thesis, writing a novel or a collection of short stories, poems or translations. 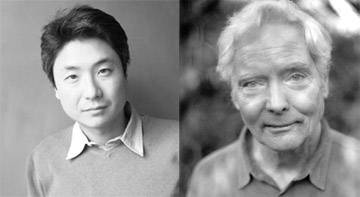 "People often say that if we offered a master of fine arts our program would be the most celebrated one in the world, given the renown and talent of our teaching team. In the true tradition of Princeton's dedication to undergraduate education we are able to lavish on our students the acquired experience and talent of our extraordinary writer-professors," White said.

Lee added, "A wonderful development in the program in recent years is that we've been able to accept more students than ever before; in the past we couldn't accept every qualified student -- even for our introductory-level classes -- as we simply had many more applications than spots. But with the addition of both permanent and adjunct faculty, we've increased the number of workshops we offer, and we're pleased that now many more underclassmen have the chance to work with our great roster of writers."