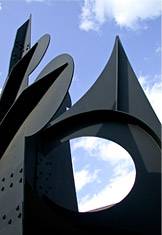 Sculptures by world-renowned artists fill Princeton's campus, including Alexander Calder's "Five Disks: One Empty," seen here. Alfred Barr Jr. of Princeton's class of 1922, a member of the Putnam selections committee and a longtime friend of Calder, approached the famed American artist to "discuss a monumental work designed especially for Princeton." After responding that he would find it "fun to make something especially for you, and quite big," Calder created the 26-foot-tall steel sculpture, which was installed in 1971 in Fine Hall Plaza. (Alexander Calder, "Five Disks: One Empty" © 1969-70, Alexander Calder) 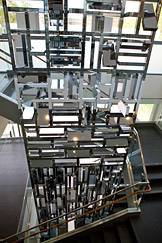 Artist Jim Isermann produced a metal-and-light sculpture that serves as a centerpiece for Sherrerd Hall's main stairwell. As with the rest of the building, the sculpture plays with light, focusing its lamps in myriad directions while at the same time reflecting the shapes and colors around it. (Jim Isermann, "Untitled (ORFE/SEAS)" © 2008, Jim Isermann) 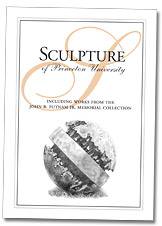 A new edition of the self-guided tour book, "Sculpture of Princeton University," produced by the Office of Communications, is available through that office, the University Store or the Princeton University Art Museum Store. This book includes information about most of the Putnam Collection pieces, as well as other selected sculptures. The main text in this story is adapted from the introduction in the book by James Steward, director of the art museum.

Princeton is home to a significant permanent collection of sculpture by many important 20th- and 21st-century artists. Following in the centuries-old tradition of civic statuary and public monuments, the collection seeks to place extraordinary and durable works of art in the path of everyday life for members of the University community and visitors to campus, and like all great works of public art, the sculpture distributed across the Princeton campus embodies the dreams, hopes and desires of the community in which it appears. The collection has come to reflect the energies of generations, with new works added periodically to reflect the continuing strivings of many of the great artists of the past and present. 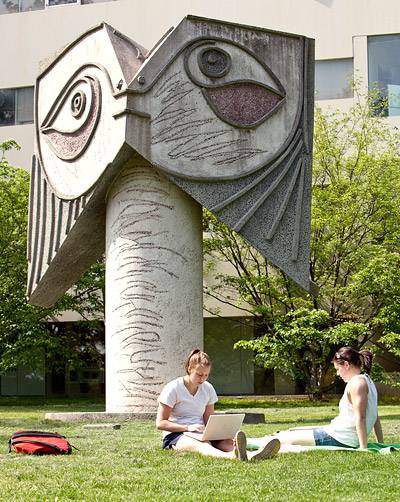 "Head of a Woman" by Pablo Picasso stands on the lawn in front of Spelman Halls. The artist's piece, constructed of folded and painted sheet metal, was only slightly larger than one foot high. Princeton's concrete version, nearly 16 feet high, was assembled by Norwegian artist Carl Nesjar, who served as an intermediary between Picasso and the Putnam Collection. (Executed by Carl Nesjar, designed by Pablo Picasso "Head of a Woman" Designed 1962, executed 1971 © 1962, Pablo Picasso)(Photo by Brian Wilson)

At the core of the collection are works assembled for the John B. Putnam Jr. Memorial Collection, funded by an anonymous benefactor and named for the World War II fighter pilot and member of Princeton's class of 1945 who flew 53 aerial missions before dying in a crash in 1944, aged 23. Most of the campus sculpture is under the responsibility of the Princeton University Art Museum. New sculptures from noted artists continue to enhance Princeton's campus, both outdoors as well as incorporated into the design of important new academic buildings. 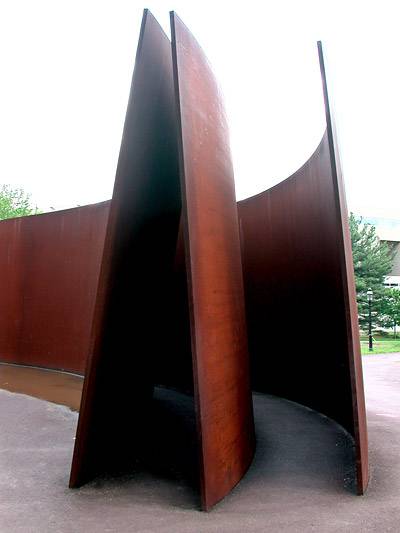 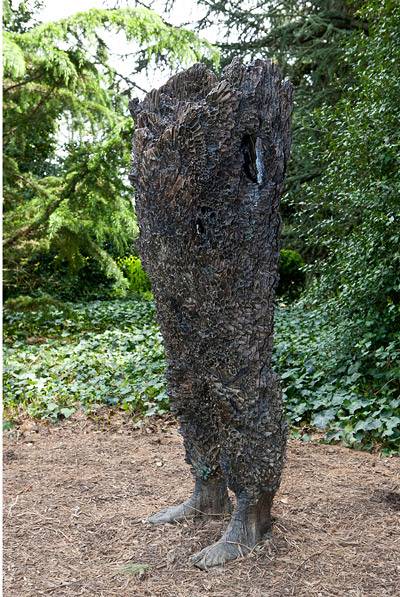 Standing in the ivy between Prospect House and McCormick Hall is the bronze sculpture "Titan" created in 2004 by Michele Oka Doner. It was inspired by ancient and fossil forms of the natural world. The work recently was donated to the Princeton University Art Museum in honor of longtime Princeton benefactor Micky Wolfson's 70th birthday. (Michele Oka Doner, "Titan" © 2004, Michele Oka Doner)(Photo by Denise Applewhite) 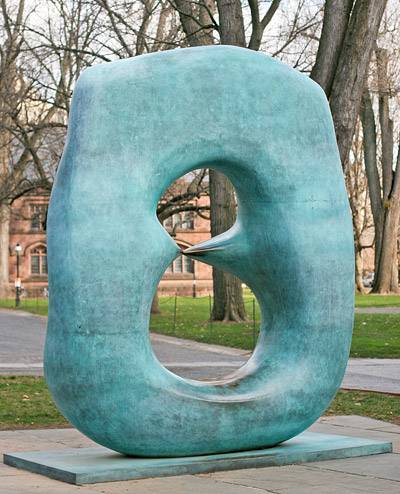 "Oval with Points" by British sculptor Henry Moore is one of the most popular pieces on campus. The bronze sculpture is located between Stanhope Hall and West College. Within a few months of its delivery on campus in 1971, the interior curves of the oval had been burnished through contact with bodies sitting on it, "to the delight of the sculptor." (Henry Moore, "Oval with Points" © 1969-70, Henry Moore)(Photo by John Jameson) 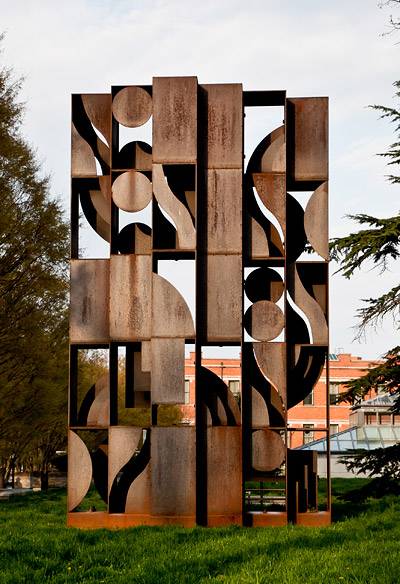 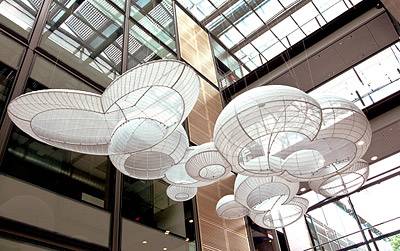 "Resonance" by Kendall Buster is on display in the atrium of the new Frick Chemistry Laboratory in the science neighborhood on Washington Road. Suspended from the ceiling, it consists of multiple ovoid forms covered in semitransparent white cloth. It was commissioned specifically for the new building and was inspired by models employed to represent molecular structures. (Kendall Buster, "Resonance" © 2009-2010, Kendall Buster)(Photo by Denise Applewhite)