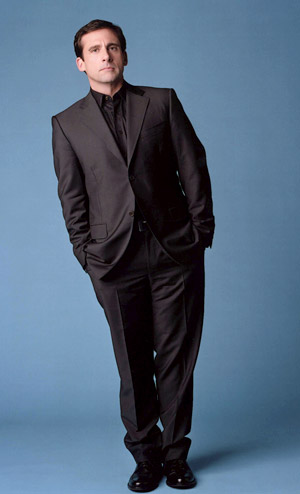 Actor and comedian Steve Carell will deliver the keynote address at the University's Class Day ceremony on Monday, June 4.

Leaders of the senior class selected Carell -- known for his portrayal of Michael Scott in the NBC comedy "The Office" and starring roles in such movies as "The 40-Year-old Virgin," "Dan in Real Life," "Date Night," "Crazy, Stupid, Love" and "Despicable Me" (as the voice of Gru) -- from numerous nominees suggested by their classmates.

In an email to seniors, the Class Day co-chairs wrote: "Throughout our high school and college careers, Mr. Carell's work in television and film has provided countless moments of laughter and hilarious social commentary … . National media have crowned him as the funniest man in America, and we could not agree more. As he said, 'nothing to me feels as good as laughing incredibly hard.' -- Let this be our maxim on Class Day."

Class Day takes place the day before Princeton's Commencement and is organized by members of the senior class. In addition to the address by Carell, the ceremony will include remarks by class members, the induction of honorary class members and the recognition of class members for their contributions.

Class Day co-chair Erin Kiernan said that Carell was the "clear first choice" as a guest speaker for the senior class. "His work has defined our college years, shaped our class' sense of humor, and carries universal appeal," Kiernan said.

The co-chairs noted that Carell has been widely recognized by his peers as an award-winning actor, writer and producer.

Carell received a Golden Globe Award in 2006 for best actor in a TV comedy for his lead role in "The Office." He was a writer for the sketch comedy program "The Dana Carvey Show" and was a regular correspondent on "The Daily Show with Jon Stewart" in 1996. His movie-writing credits include his work as co-writer on "The 40-Year-Old-Virgin," and he was a producer for "Crazy, Stupid, Love."

"Carell is an icon for the members of our class, and we are excited to bring such an exciting and hilarious figure to campus," Class Day co-chair Gabriel Debenedetti said. "His humor is legendary, and we are positive he is the perfect person to send off the Class of 2012 with a bang."

Class Day co-chair Christopher Green added, "Our entire class will be looking forward the entire year to what will be, without a doubt, an unforgettably funny speech rife with the doublest of entendres. Watching Carell has become a weekly ritual for many of us, and his Class Day address will send us through FitzRandolph Gate laughing."

The Class Day ceremony will be held on Cannon Green at 11 a.m. June 4, beginning with the senior procession at 10:30 a.m., unless severe weather forces the ceremony inside. It is a ticketed event for seniors and their invited guests only, with unticketed simulcast sites available.