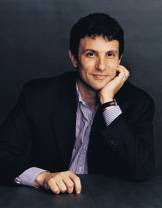 Alumnus David Remnick, editor of the The New Yorker, has been selected to deliver the keynote address at the University's Class Day ceremony on Monday, June 3.

Class Day, which takes place the day before Princeton's Commencement, is being organized by members of the graduating class. In addition to the keynote address, the ceremony will include remarks by class members, the induction of honorary class members and the recognition of class members for their contributions.

"As editor of The New Yorker, we knew that Mr. Remnick's witty humor would be the perfect fit for the Class Day celebration. But most importantly, he's a proud Princetonian, and we feel that his message and experiences will really resonate with the members of our great class," said Class Day co-chair Caroline Hanamirian.

"As we venture out into the real world, we can look to Mr. Remnick as an example of what it truly means to pursue one's passion," said Class Day co-chair Grayden Holubar. "On campus, Remnick helped found the Nassau Weekly, was a member of the Press Club, and wrote as a stringer for The Washington Post and several local papers. Today, he heads one of the most respected magazines in print, boasting 30 national magazine awards under his tenure. Now we are asking Mr. Remnick to put pen to paper in a yet unexplored genre — the Class Day speech."

Remnick earned his A.B. in comparative literature from Princeton in 1981 and began his reporting career at The Washington Post in 1982. He is the author of several books, including "King of the World," "Resurrection" and "Lenin's Tomb," for which he received the Pulitzer Prize for nonfiction and a George Polk Award for excellence in journalism.

Remnick's most recent book, "The Bridge: The Life and Rise of Barack Obama," was published by Knopf Doubleday in 2010. He became a staff writer at The New Yorker in 1992 and became editor in 1998. He has written more than one hundred pieces for the magazine. In 2000, Remnick was named Advertising Age's Editor of the Year.