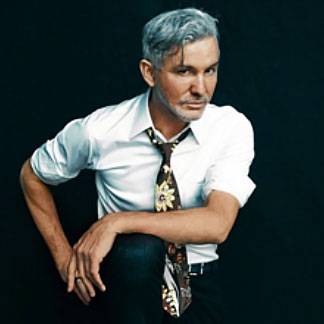 Academy Award-nominated film director, screenwriter and producer Baz Luhrmann has been selected to deliver the keynote address at the University's Class Day ceremony on Monday, June 5.

Class Day, which takes place the day before Princeton's Commencement, is being organized by members of the graduating class. The ceremony also includes remarks by class members, the recognition of class members for their contributions and the induction of honorary class members.

"Baz Luhrmann has created several successful productions for both screen and the stage, and it's incredible to think that we will have someone with such a diverse range of artistic talent inspire the class on the eve of Commencement," said Class Day co-chair Deana Hamlin. "His life exhibits what it is like to dream, preserve and explore the full breadth of one's desires and passions, which is a fitting mindset to convey to graduates before entering the real world."

"Ever since coming to Princeton Preview and watching group after group of talented peers amaze the crowds during the show, 'This Side of Princeton,' I knew that this place cared about the arts in a deep way," said Class Day co-chair Paulina Orillac. "I am so excited that Baz Luhrmann, who has dedicated his life to pushing the boundaries of art and delivering aesthetically unique products to the public, is coming to Princeton to send off the Class of 2017 with a message of perseverance and individuality."

Luhrmann was born in Sydney, Australia, and attended the National Institute of Dramatic Art, where he received a degree in acting. He is best known for "The Red Curtain Trilogy," or his first three films: "Strictly Ballroom" (1992), " Romeo + Juliet" (1996) and "Moulin Rouge!" (2001), which was nominated for an Academy Award for Best Picture. His other feature films include "Australia" (2008) and "The Great Gatsby" (2013), based on F. Scott Fitzgerald's 1925 novel of the same name.

"The committee was especially intrigued by Luhrmann's landmark production of 'The Great Gatsby'," said Class Day co-chair Jacob Cannon. "Luhrmann's talent in shedding new light on such a historic work showed us that he can push the bounds of our imagination while at the same time employing noteworthy aspects of Princeton's rich traditions to do so."

The students noted that Luhrmann's reproduction of "The Great Gatsby" resonates with the Class of 2017, which this past November extended Fitzgerald an honorary class membership at the 125th celebration of the musical-comedy theater group Triangle Club. Fitzgerald entered Princeton as a member of the Class of 1917 and was very active in the troupe.

Luhrmann's oeuvre spans genres and media. In 2002, he brought "Baz Luhrmann's Production of Puccini's La Bohème," a staging of the 1896 Puccini classic opera, "La Bohème," to Broadway. In 2016, Luhrmann's musical drama television series about the birth of hip-hop in the 1970s, "The Get Down," premiered on Netflix.