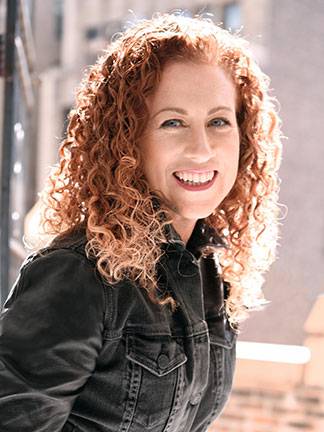 Best-selling novelist and Princeton alumna Jodi Picoult has been selected to deliver the keynote address at the University's Class Day ceremony on Monday, May 30, 2016.

"Jodi Picoult is a fearless writer who has produced so many novels that challenge and change her readers," said Class Day co-chair Azza Cohen. "It is our hope that she will address the class in this same way — with the eloquence, compassion and moral fire that fuels her writing."

"I remember borrowing copies of Picoult's novels from my grandmother, and from my mother," said Class Day co-chair Molly Stoneman. "She touches every generation by tackling controversial topics with healing and compassion; her characters are not 'good' and 'bad,' but people who try and fail, or experience tough conditions before success. There is a beautiful hyperreality to her books that few authors can touch, and from which our class can learn as we enter the 'real' world."

Picoult graduated from Princeton in 1987 with a degree in English. She also studied creative writing and published stories in the magazine Seventeen as an undergraduate. She has a master's degree in education from Harvard University.

Picoult has published 26 novels; including "Songs of the Humpback Whale," "My Sister's Keeper," "Nineteen Minutes," "Sing You Home," "Lone Wolf," "The Storyteller" and "Leaving Time." She also has published two young adult novels — "Between the Lines" and "Off the Page," the latter co-written with her daughter, Samantha van Leer — from which Picoult is developing a Broadway musical. Her new novel, "Small Great Things," will be published on Oct. 11.

Picoult serves on the advisory board of VIDA: Women in Literary Arts, and is part of the Writer's Council for the National Writing Project. She is also active in philanthropy and social justice work. She is founder and executive producer of the Trumbull Hall Troupe, a New Hampshire-based teen theater group the performs original musicals to raise funds for charity. She is a spokesperson for Positive Tracks/Children's Hospital at Dartmouth and is on the advisory committee of the New Hampshire Coalition Against the Death Penalty.