Actress, comedienne and author Ellie Kemper has been selected to deliver the keynote address at the Class Day ceremony on Monday, June 3. Kemper graduated from Princeton in 2002 with a degree in English. 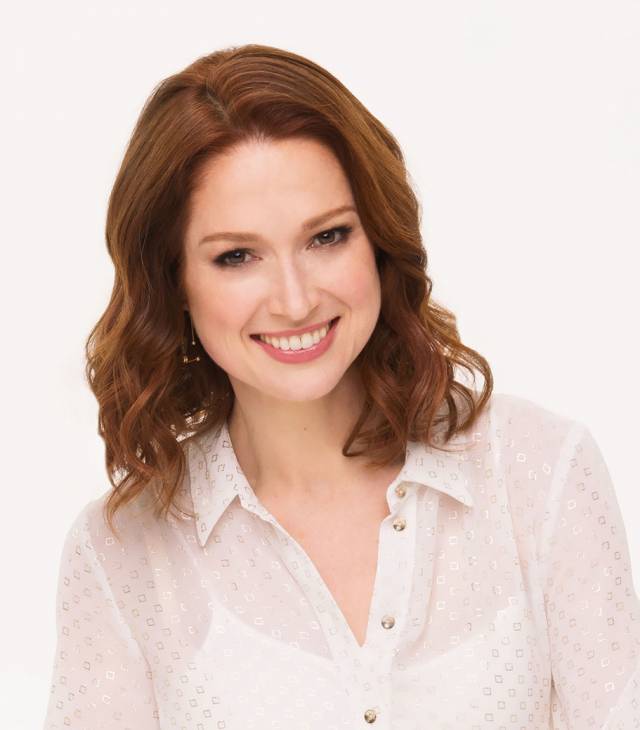 Class Day, which takes place the day before Princeton’s Commencement, is organized by members of the senior class. The ceremony also includes remarks by graduating seniors, the recognition of class members for their contributions and the induction of honorary class members.

Kemper is the star of the Emmy-nominated Netflix comedy series “Unbreakable Kimmy Schmidt.” Her breakout television role was as Erin Hannon on the American version of “The Office.” She has appeared in the films “Bridesmaids,” “21 Jump Street” and “Laggies,” and she also voices the character Crackle in the Disney animated series “Sofia the First.”

"For many of us in the Class of 2019, Ellie Kemper has been a part of our lives since childhood, when we would gather with family and friends on Thursday nights to watch ‘The Office,’” said Class Day co-chair Jordan Salama. "Today, she continues to command a strong and funny presence in Hollywood with her unique voice, and we could not be more pleased to welcome her as a testament to Princeton's everlasting commitment to the arts."

“The Class of 2019 has been lucky enough to witness an unprecedented campaign by the University to support the arts and humanities on campus, marked by the opening of the new Lewis Center for the Arts complex in the fall of last year,” the co-chairs wrote in an email. “Princeton has invested in student-led initiatives, both academic and extracurricular, in order to further interests in filmmaking, journalism, the intersection between the arts and entrepreneurship, and more.”

While at Princeton, Kemper was a writer and actor with Triangle Club and a member of Quipfire! and Theater Intime. She also played field hockey on the University’s 1998 National Championship-winning team.

After graduating, she spent a year at the University of Oxford pursuing graduate studies in English literature. Kemper then moved to New York City to study improvisation at the Upright Citizens Brigade Theatre and the People’s Improv Theater. She also interned for a year at “Late Night with Conan O’Brien,” appearing in sketches on the television show.

Kemper has contributed as a writer to a number of outlets, including The New Yorker, McSweeney’s and The New York Times. In October, she will publish her first book, “My Squirrel Days,” a collection of personal essays.

“The committee was interested in inviting Ms. Kemper as an impressive alumna who has had great success in the arts,” Lawrenz said.

Ritter added, “As recent developments in Hollywood have reaffirmed the critical importance of representation, I am so excited to have Ms. Kemper here to celebrate and reflect on the history of women at Princeton.”

The Class Day co-chairs noted that 2019 will mark the 50th anniversary of undergraduate coeducation at Princeton.

“We are honored to welcome a speaker who has not only demonstrated excellence as a Princeton alumna in the public eye, but whose mother, Dorothy Jannarone Kemper ’72, and aunt Julie Kemper ’78, laid the foundation for her success and the success of all the women who followed in their footsteps at this great University,” the student leaders wrote.

The history of women at Princeton will be celebrated at the upcoming alumni conference “She Roars,” where Kemper is scheduled to speak at a closing dinner for alumni on Saturday, Oct. 6.

The Class Day ceremony will begin with a class procession at 10 a.m., with the ceremony starting at 10:30 a.m. It is a ticketed event for seniors and their four invited guests, with unticketed simulcast locations available at various sites around campus.