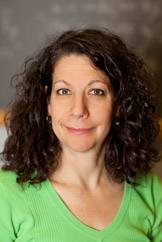 Bassler, who is Princeton's Squibb Professor in Molecular Biology, has been a faculty member at the University since 1994. Obama's intention to nominate Bassler to the National Science Board was announced Oct. 20; her appointment will require U.S. Senate confirmation.

The board consists of 24 members, including eminent scientists and engineers from industry and academia who represent a variety of fields. The board oversees the NSF, which is the funding source for approximately 20 percent of all federally supported basic research conducted by America's colleges and universities. Board members identify issues that are critical to the foundation's future, approve strategic budget directions, and approve major new programs and awards.

Board members also serve as advisers to the president and the U.S. Congress on policy matters and educational issues related to science and engineering. Each board member serves a six-year term.

"Professor Bassler would be a superb addition to the National Science Board," said A.J. Stewart Smith, Princeton's dean for research. "Her exceptional record of scientific accomplishment and creativity, coupled with her strong leadership skills, make her extremely qualified to direct national research priorities and make decisions in today's challenging fiscal environment."

Bassler is best known for her efforts to understand quorum sensing, the process by which bacteria communicate. A widespread mechanism in the bacterial world, quorum sensing provides insight into how bacteria organize, proliferate and manage their numbers in response to cell density. In addition, examinations of quorum sensing could allow for advanced antibiotics that battle bacteria by disrupting or manipulating their mode of communication.

Bassler, who also is director of Princeton's Council on Science and Technology, has received many prestigious honors for her work. She earned the 2009 Wiley Prize in Biomedical Sciences, which recognizes work that has opened new research fields or advanced novel concepts. She was elected to the National Academy of Sciences in 2006, after having been selected in 2005 as one of 43 Howard Hughes Medical Institute Investigators, among the highest honors in the biological sciences. In 2002, Bassler was awarded a MacArthur Fellowship, popularly known as a "genius grant."