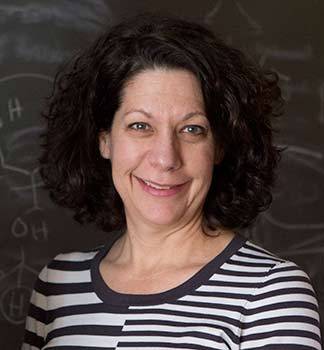 Bonnie Bassler, Princeton University's Squibb Professor in Molecular Biology and chair of the Department of Molecular Biology, was named a 2015 Shaw Laureate in life science and medicine June 1. Awarded by the Hong Kong-based Shaw Foundation, the Shaw Prize honors recent breakthroughs by active researchers in the fields of mathematics, astronomy and life and medical sciences.

Bassler was recognized for her well-known work in quorum sensing, a widespread process that bacteria use for cell-to-cell communication. Understanding quorum sensing "offers innovative ways to interfere with bacterial pathogens or to modulate the microbiome for health applications," according to the prize citation. Bassler will share the $1 million prize with E. Peter Greenberg, a University of Washington professor of microbiology. The 2015 prizes will be awarded during a Sept. 24 ceremony in Hong Kong.

Since joining the Princeton faculty in 1994, Bassler has received numerous honors, including a MacArthur "Genius Grant" Fellowship in 2002, election to the American Academy of Arts and Sciences in 2007, and the 2012 L'Oréal-UNESCO For Women in Science Award, which recognizes women whose work promotes the advancement of science. Bassler received her doctorate in biochemistry from Johns Hopkins University in 1990, and her bachelor's degree in biochemistry from the University of California-Davis in 1984.

In addition to Bassler, past Princeton faculty member Gerd Faltings, now the managing director of the Max Planck Institute for Mathematics in Germany, shared the Shaw Prize in mathematical sciences for his work in number theory. Faltings was a Princeton professor of mathematics from 1985 to 1994, during which time he received the 1986 Fields Medal, one of the most prestigious awards in mathematics.

Media mogul and philanthropist Run Run Shaw founded the Shaw Prize in 2002. The 2010 Shaw Prize in astronomy went to Princeton faculty members Lyman Page, the Henry De Wolf Smyth Professor of Physics, and David Spergel, the Charles A. Young Professor of Astronomy on the Class of 1897 Foundation, for their leadership of the Wilkinson Microwave Anisotropy Probe (WMAP) experiment. Princeton Class of 1978 alumnus David Donoho, now a professor of statistics at Stanford University, received the 2013 Shaw Prize in mathematics for his work to get a more detailed analysis out of large numerical data sets.