The Microbiology Society has selected Bonnie Bassler to receive the 2022 Prize Medal, awarded annually "to an outstanding microbiologist who is a global leader in their field and whose work has had a far-reaching impact beyond the discipline of microbiology." 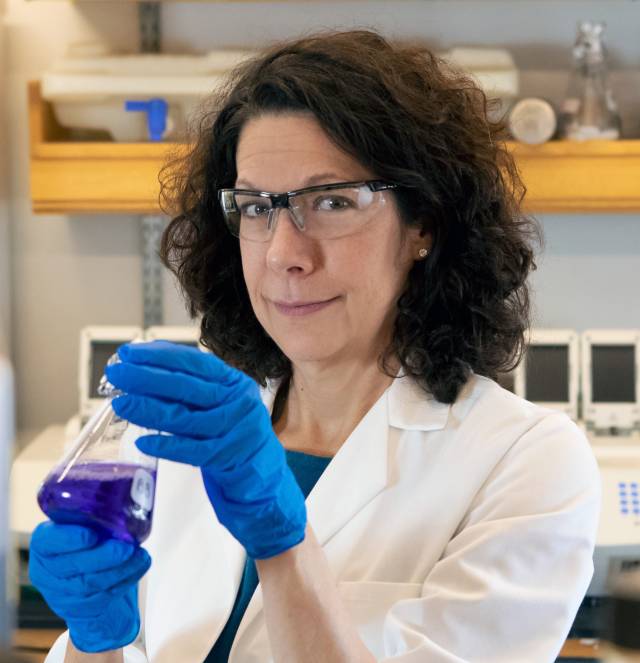 Bassler, Princeton's Squibb Professor in Molecular Biology and the chair of the department, has spent her career investigating how bacteria talk to each other and orchestrate collective behaviors. This process, called quorum sensing, relies on the production, detection and response to extracellular signal molecules. Quorum sensing allows bacteria to coordinate their activities, and as groups, accomplish tasks that would be unproductive if a single bacterium undertook them alone. Behaviors controlled by quorum sensing include bioluminescence, biofilm formation, the exchange of DNA, and many others.

“I am surprised, delighted and honored to receive the Microbiology Society Prize Medal," Bassler said. "I am grateful to and proud of the many scientists who have come through my lab to go on this scientific adventure with me! It has been a privilege and thrilling to work with the team as they try to change the perception of bacteria from being thought of as asocial loners to being considered sophisticated interacting organisms that, by acting as collectives, can have a profound influence on nature, health and disease. The Microbiology Society Prize Medal is a spectacular recognition of my lab team’s creativity, tenacity and belief that bacteria still house many important mysteries and so they are worthy of us devoting our professional lives to exploring them.”

Bassler first made the startling discovery that bacteria communicate during her postdoctoral work. Over her career, she has discovered, identified and characterized the molecules bacteria use to “talk,” the machinery used to detect the molecules, and the genes specifying bacterial collective behaviors. She showed that collective behavior is the norm in the bacterial world.

Bassler and her team recently showed that the information encoded in quorum-sensing signal molecules can be hijacked by viruses that infect and kill quorum-sensing bacteria. In addition, her team has invented quorum-sensing interference strategies for development into new medicines.

Her group has demonstrated that interactions across all domains of life — eukaryotic, bacterial and viral — all depend on quorum sensing. Her research from the past 25 years provides a completely new way to think about microbes and, moreover, how to combat them.

Bassler has received many awards and honors, including a MacArthur Foundation Fellowship, the Wiley Prize in Biomedical Science, the National Academies’ Richard Lounsbery Award, the UNESCO-L’Oreal Woman in Science for North America, the Genetics Society of America Medal, and many others. She is a Howard Hughes Medical Institute Investigator and a member of the National Academy of Sciences, the National Academy of Medicine, and the American Academy of Arts and Sciences. She was a member of the National Science Board for six years, a position she was nominated to by President Barack Obama. The Board oversees NSF International and prioritizes the nation’s research and educational activities in science, math and engineering.

Bassler will receive an engraved medal and £1,000 at the Microbiology Society’s Annual Conference, to be held in Belfast in April 2022. She will also present a lecture.