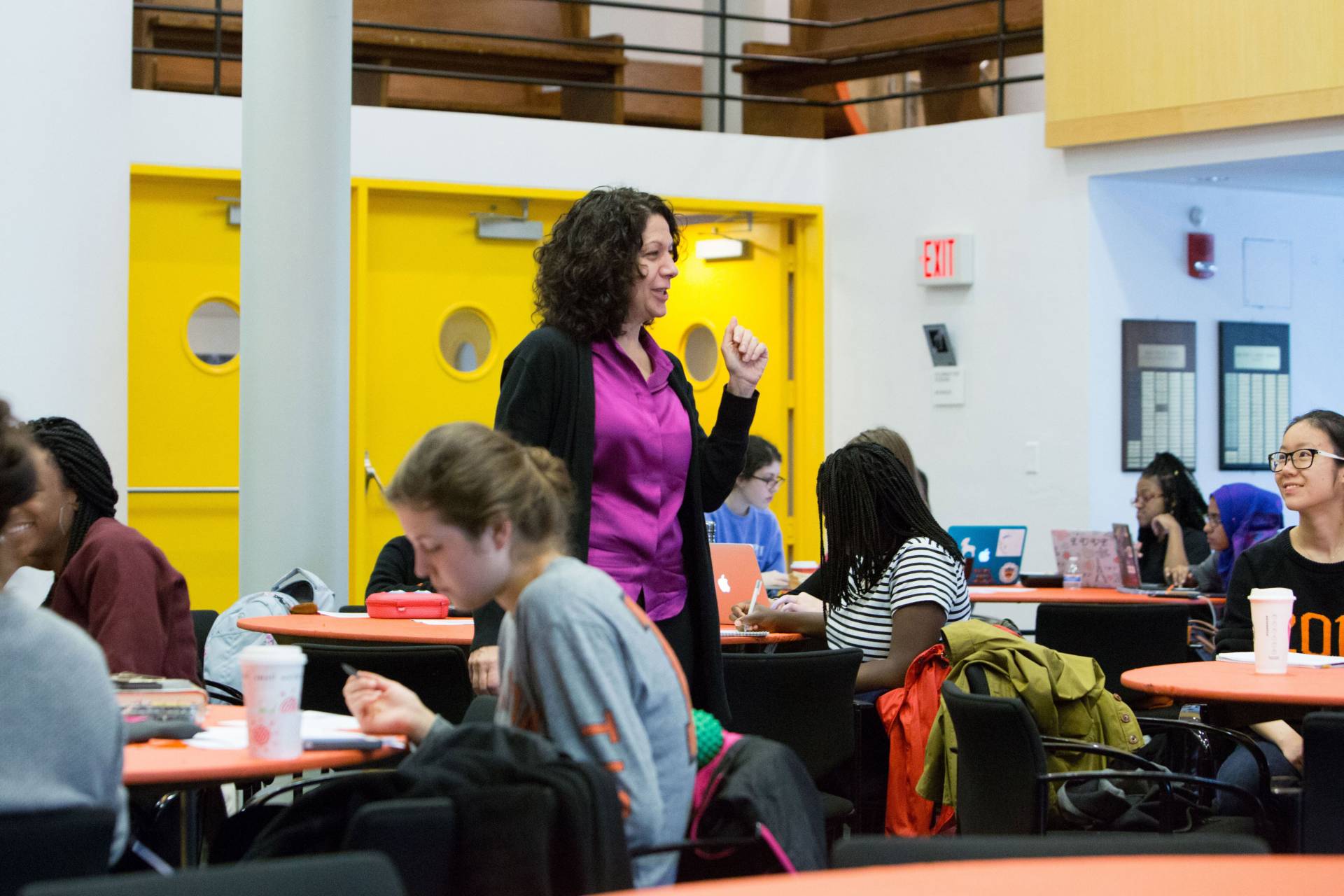 Bonnie Bassler, who discovered the universal use of chemical communication among bacteria and proposed that interfering with bacterial cell-to-cell communication could form the basis of new antibacterial therapies, will receive the 2018 Dickson Prize in Medicine, the highest honor of the University of Pittsburgh School of Medicine.

“Many of my scientific heroes, indeed scientists I consider to be the most daring of pathbreakers, have been honored with the Dickson Prize,” said Bassler, who is Princeton’s Squibb Professor in Molecular Biology and chair of the department, as well as an investigator of the Howard Hughes Medical Institute.

“What is most significant is that beyond me, it recognizes the spectacular scientists who have come through my lab and enabled this new scientific field to arise from scratch,” she said. “I am grateful to my team and to Pitt Medicine for recognizing us with this remarkable prize.”

The Dickson Prize in Medicine is awarded annually to an American biomedical researcher who has made significant, progressive contributions to medicine. Bassler will accept the award and present the keynote lecture during the university’s annual campus-wide showcase of scientific research, held this year Oct. 17-19. Her talk is titled “Tiny Conspiracies: Cell-to-Cell Communication in Bacteria.”

“Dr. Bassler’s work is truly groundbreaking,” said Arthur Levine, senior vice chancellor for the health sciences at the University of Pittsburgh School of Medicine. “When she began her scientific career, bacteria were typically thought of as single-celled organisms that act alone. She not only showed that bacteria communicate, she demonstrated that such communication enables groups of bacteria to essentially function as multicellular organisms. These insights have revolutionized the field of microbiology.”