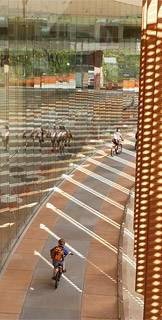 Princeton's windows are striking in often surprising ways, and sometimes form and function combine to create something more beautiful than its parts. The Icahn Laboratory's innovative atrium is one example: It features a southwest-facing glass wall built without the mullions that normally hold glass in place. Instead, the windows were sealed with special glazing and secured by a system of vertical steel cables mounted to the interior surfaces of the glass. A set of 40-foot aluminum louvers — seen here from an angle — shade the atrium by rotating in time with the daily movements of the sun to maximize shade; a computerized timer adjusts for the changing seasons.

Whether they inspire delight, or simply serve their daily function of admitting light, the windows of Princeton University are unquestionably an integral part of the campus's personality. When designed correctly, a window can be both efficient and evocative, complementing the diverse architecture for which the University is so well known. The next time you're strolling through campus, take note of the windows you see — and notice how their reflections and moods sometimes change with the time of day and from season to season. 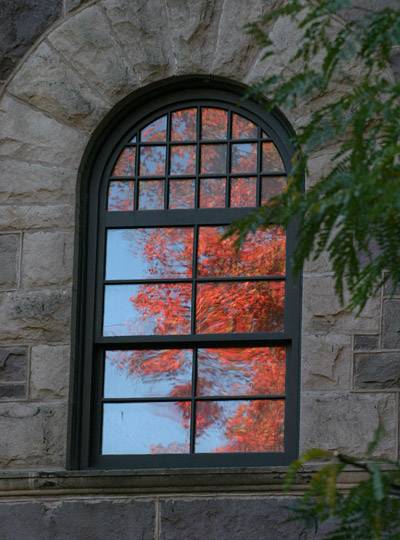 Fall leaves reflect in a window of Dod Hall, an upperclassman dormitory from the late 19th century that was one of the last University buildings designed in Italian Renaissance style. (Photo by John Jameson) 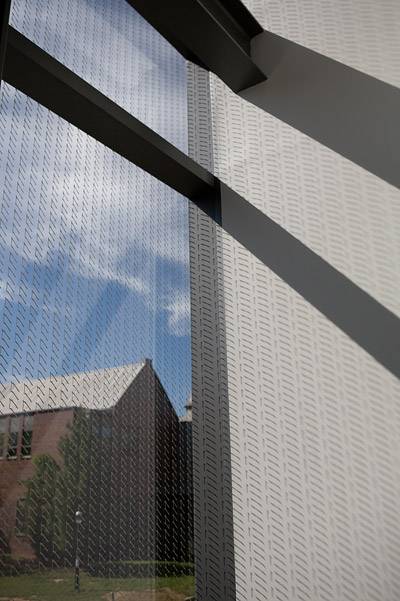 Sherrerd Hall uses subtle architectural details to blend in with neighboring campus buildings. One such touch is the use of white ceramic glazes known as frits on the windows to help soften the edges of the glass structure; this also makes the building more energy-efficient by reducing the amount of sunlight that enters. The nearby Mudd Manuscript Library is shown through the windows of Sherrerd Hall. (Photo by Brian Wilson) 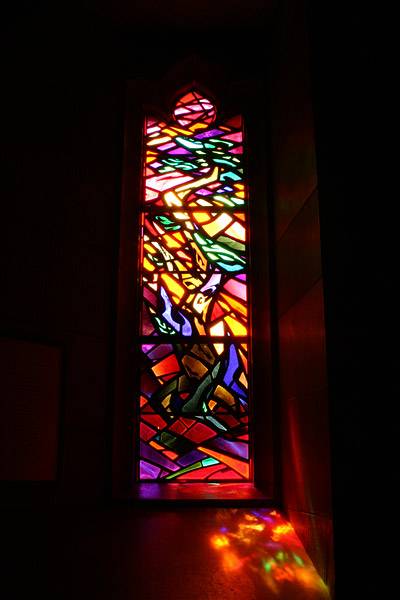 The statesman Adlai Stevenson II, a member of the Class of 1922, was famed for his international diplomacy, particularly during the Cuban Missile Crisis. Upon his death in 1965, his Princeton classmates memorialized Stevenson through a special stained-glass window installed in the University Chapel. (Photo by Denise Applewhite) 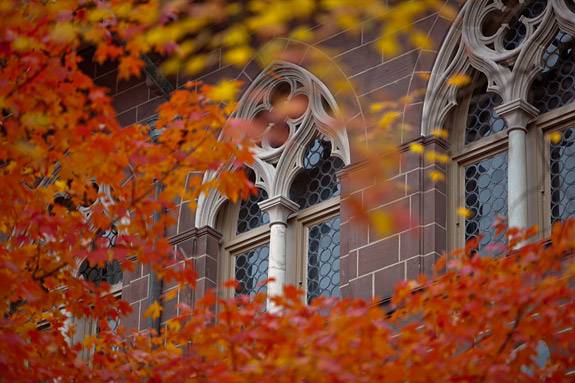 Scarlet leaves frame exterior windows of the Princeton University Art Museum's Medieval, Byzantine and Islamic gallery room, which reopened in 2010. While the windows retain the shape from their 1929 design, specially laminated and glazed panes later replaced the galleries' original leaded windows to better control humidity, which is critical inside the museum. (Photo by Denise Applewhite) 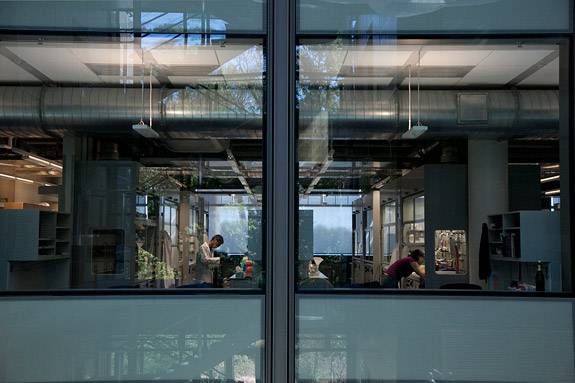 The Frick Chemistry Laboratory opened in 2010 and includes a number of energy-efficient features, including photovoltaic roof panels and high-tech windows covering much of the interior facade that both admit a great deal of light and conserve energy. (Photo by Denise Applewhite)