A banned adaptation of an important novel-in-verse. A lost score with 44 parts. A wait of nearly 80 years.

These are the challenging elements that have come together in the hands of faculty and students from departments across the Princeton University campus to stage two versions of the classic Russian tale "Eugene Onegin" beginning this week at the Lewis Center for the Arts and Richardson Auditorium at Alexander Hall.

"What we're doing with the whole project is an exercise in scholarly interpretation," said Simon Morrison, a professor of music who found composer Sergei Prokofiev's lost score for the production in a Russian archive.

Prokofiev's score was intended as incidental music for a stage adaptation by Sigizmund Krzhizhanovsky of Alexander Pushkin's novel-in-verse. The stage production was halted and banned in 1936 by Josef Stalin's Soviet regime.

After Morrison found Prokofiev's score, he and other faculty looked at how it could be staged with Krzhizhanovsky's full stage play.

"Initially we workshopped the whole thing and looked at the various possibilities," Morrison said. He worked with Caryl Emerson, the A. Watson Armour III University Professor of Slavic Languages and Literatures, and Tim Vasen, a lecturer and acting director of the Program in Theater to find the best way to stage the project as well as use the text and music for academic purposes.

"We decided that the only way to do justice to the project was to allow the students to interpret the psychology of the text, then separately stage the music and the physical part," Morrison said. 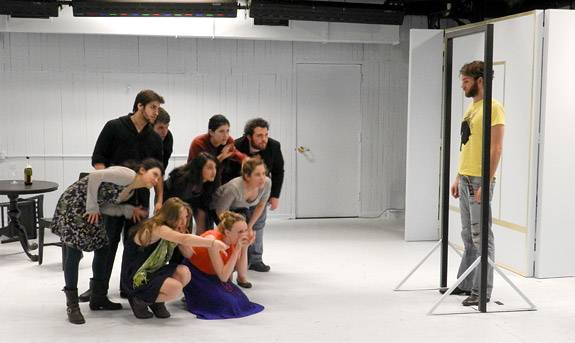 Gabriel Crouse (at right), a senior majoring in philosophy with a certificate in theater, and the cast of the play production of "Eugene Onegin" rehearse a scene before the Feb. 10 premiere at the Lewis Center for the Arts. (Photo by Ian Cahir)

Prokofiev's score was originally intended for piano, and it will be performed during the stage production, which will premiere Friday, Feb. 10, at the Marie and Edward '53 Acting Studio at the Lewis Center for the Arts, 185 Nassau St. The Feb. 10 opening is by invitation only, but the production is open to the public at 8 p.m. Feb. 11-12 and 16-18.

The incidental music will receive a full orchestral performance at 8 p.m. Thursday, Feb. 9, at Richardson Auditorium, along with other pieces by the Princeton Symphony Orchestra, accompanied by the Princeton Glee Club and student dancers. The performance also will include spoken excerpts from the play.

The performances are being staged in conjunction with a conference called "After the End of Music History," which celebrates the career of musicologist Richard Taruskin and will address the subject of censorship. Taruskin, a professor of musicology at the University of California-Berkeley, is an authority on Russian music and nationalism. The conference, to be held Feb. 9-12 on campus, will feature scholars from around the world. 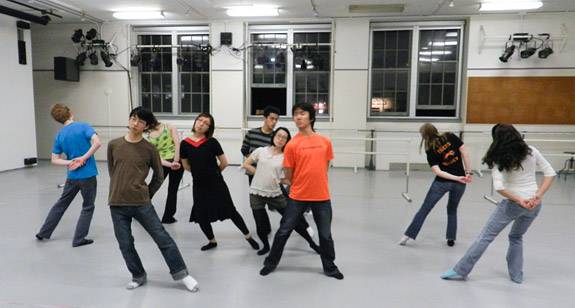 Members of the Princeton Ballroom Dance Club rehearse for the Feb. 9 performance of music for "Eugene Onegin" from a previously lost score by Russian composer Sergei Prokofiev. (Photo by Ian Cahir)

A timeless tale with complex pieces

The approach of the "Onegin" project means there are two separate but connected productions preparing to premiere a simple yet complicated piece.

"Onegin" is the tale of a man of means who rejects the love of a woman, then years later meets her again and falls in love with her. The woman, named Tatyana, is now married and though she loves him, she rejects Onegin.

"The plot is straightforward — the tragedy of unrequited love," Morrison said. "The challenge is the grand nature of the dance and the orchestral performance of the score with this amazing, intimate stage play.

"There's no way we could do this without the emphasis on interdisciplinary studies here at Princeton. To realize this project, you need to work across boundaries. We have these productions, but there have also been classes for students and a course for alumni. The collaboration between music, Slavic languages and literatures, theater — these core elements give this piece a massive academic appeal."

For the students involved in the productions, the focus has been on preparing for their specific parts while gaining an awareness for the project on the whole.

Molly Brean, a junior majoring in Slavic languages and literatures who is the stage manager for the play production, said she was drawn to the project through learning about Pushkin's original story and the Krzhizhanovsky adaptation.

"I was in a class last spring with Caryl Emerson — her 'War and Peace' class — and she really talked me into this project," Brean said. "With my past theater experience and my Slavic focus, this is just such a wonderful learning experience for me."

The grand nature of the project might have been overwhelming for students, but many of the participants were aided in their understanding by a class on "Onegin" that Vasen and Emerson co-taught during the fall semester.

"We were learning about the entire history of the production, so we know about the history of the performance and the music and dance parts," said Sarah Bluher, a junior geosciences major who plays a nanny in the stage version. "Now that we're in the productions, though, we are so focused on ours that we don't always really know what's going on with the others.

"These are pretty different performances even though they're based on the same story." 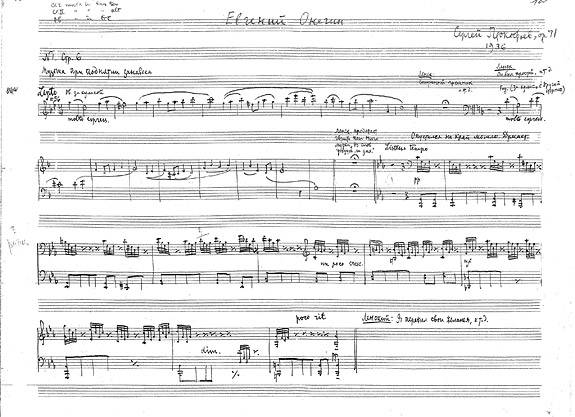 One aspect of the Richardson Auditorium orchestral performance that is quite different is the inclusion of members of the Princeton Ballroom Dance Club, who will perform elements of ballet and modern dance to accompany the music.

"In this kind of hybrid piece, people don't really have defined roles," said Brian Hsueh, a senior chemistry major who, in portions of the performance, dances as the title character. "Within the mood of the music, we try to play the part of the story out as best we can with the dance."

Morrison said the hope is that audiences see each performance in order to get the larger vision of the project that faculty and students have been studying. Hsueh said the process has been enlightening for him.

"You could say it's kind of a story of discovery," Hsueh said. "As we study and learn more about our piece, we learn more about the other pieces and toward the end, hopefully, you get to see how things fit together." 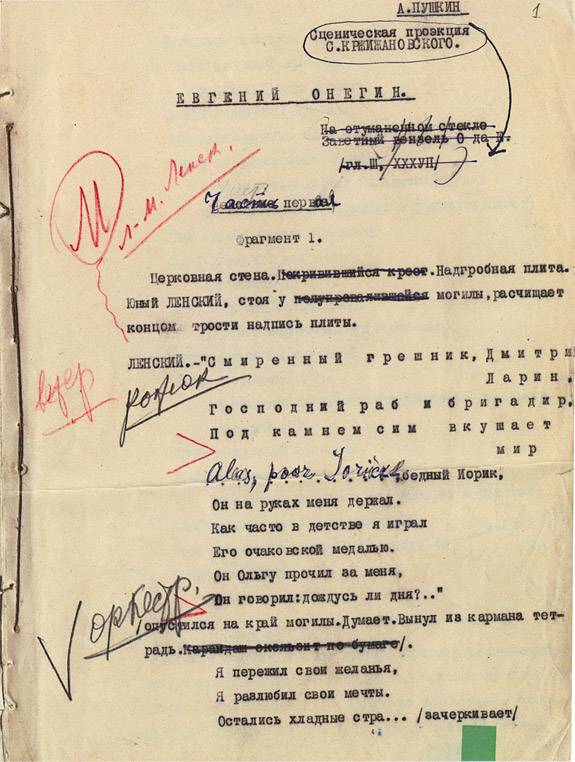