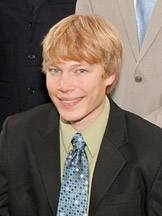 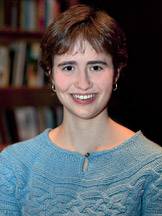 Nathaniel Fleming, a psychology major from Eugene, Ore., has been selected as valedictorian of Princeton University's Class of 2012. Elizabeth Butterworth, a classics major from Auburn, Mass., has been named the Latin salutatorian.

The Princeton faculty accepted the nominations of the Faculty Committee on Examinations and Standing at its April 30 meeting.

Fleming, who is also pursuing a certificate in French, was a co-winner of the Class of 1939 Princeton Scholar Award, which is given each fall to the undergraduate who, at the end of the junior year, has achieved the highest academic standing for all preceding college work at the University. He has twice won the University's Shapiro Prize for Academic Excellence and was elected to Phi Beta Kappa. Fleming also has won the Howard Crosby Warren Junior Prize in Psychology.

Butterworth this fall was awarded a Rhodes Scholarship, which she will use to pursue a master's degree in comparative and international education at the University of Oxford after graduation from Princeton. A member of Phi Beta Kappa, she twice received the Shapiro Prize for Academic Excellence and also earned the classics department's Charles A. Steele Prize for high proficiency in Greek and Latin.

Feature stories on these students will be posted on the University homepage later in May.