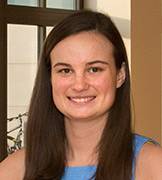 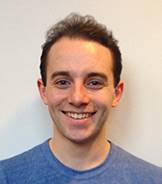 Katherine Pogrebniak, a computer science major from Jacksonville, Fla., has been selected as valedictorian of Princeton's Class of 2014. Alexander Iriza, a mathematics major from Astoria, N.Y., has been named the Latin salutatorian.

The Princeton faculty accepted the nominations of the Faculty Committee on Examinations and Standing at its April 28 meeting.

After she graduates, Pogrebniak, who is also completing a certificate in engineering biology, will pursue a master's degree in computational biology at the University of Cambridge as a Churchill Scholar. She intends to pursue a career in medicine and medical research.

Pogrebniak, who began taking college-level math courses at the age of 8 and entered Princeton at 16, has received numerous awards as an undergraduate. At the end of junior year, she and Iriza shared the Class of 1939 Princeton Scholar Award, which is given to the undergraduate with the highest academic standing for all preceding academic work at the University.

Pogrebniak won the Princeton Accenture Prize for computer science and the Shapiro Prize for Academic Excellence twice. Pogrebniak was a resident adviser at Wilson College for two years and served on the Princeton Priorities Committee this fall. Pogrebniak is a member of Phi Beta Kappa and the national engineering society, Tau Beta Pi.

Iriza, who is pursuing certificates in applied and computational mathematics and applications of computing, studied Latin throughout high school, and in 2010 earned a perfect score on the National Latin Exam and a bronze medal at the International Olympiad in Linguistics. At Princeton, he took "Readings in Latin Literature: After Vergil" his freshman year.

Iriza's academic honors include sharing the Class of 1939 Princeton Scholar Award with Pogrebniak. A member of Phi Beta Kappa, he also received the Andrew H. Brown Prize for outstanding junior in mathematics, the Manfred Pyka Memorial Prize in Physics and the Shapiro Prize for Academic Excellence twice.

After graduation, he will spend the summer as a software development intern at Pure Storage, a startup in Mountain View, Calif., and then return to Princeton to pursue a master's degree in computer science.