Misha Semenov, an architecture major from San Francisco, has been selected as valedictorian of Princeton's Class of 2015. Neil Hannan, a classics major from Manhasset, New York, has been named the Latin salutatorian.

The Princeton faculty accepted the nominations of the Faculty Committee on Examinations and Standing at its April 27 meeting. 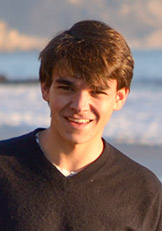 Semenov is interested in applying the principles of good architecture and urban and environmental planning on a large scale. For his senior thesis in architecture, he examined housing projects designed to accommodate residents' expansions and modifications, analyzing how a more flexible, adaptable rule-based architecture can help fulfill larger social goals. During the summer after junior year, he visited Lima, Peru, and Santiago, Chile, to research public housing projects and how buildings could be expanded as families gain resources to build more rooms or stories.

During Princeton breaks, he worked for Duany Plater-Zyberk & Company, an urban planning and architecture firm in Miami founded by Princeton alumni Andrés Duany and Elizabeth Plater-Zyberk. Semenov serves on the School of Architecture Student Advisory Board.

Semenov is a published translator of Russian poetry. He wrote a thesis for his certificate in translation on the use and translation of the informal/formal distinction tu/vous that exists in many languages, but not English. He is involved in the Princeton University Language Project as a translation speaker series coordinator. He previously studied abroad through Princeton in Beijing.

Throughout his undergraduate career, Semenov has engaged with campus sustainability initiatives, serving as co-president of Greening Princeton, chair of the Greening Dining Committee and member of the GreenLeaders forum. He helped implement the University's new mixed recycling system. 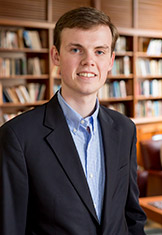 After he graduates, Hannan, who is pursuing a certificate in finance, is planning to work as an investment associate at Bridgewater Associates, a macroeconomic hedge fund in Connecticut. His long-term goals are to study the drivers of economic behavior for use in economic policy and academic work.

Hannan shared the George B. Wood Legacy Junior Prize with Allison Kruk, an award given to a member of the senior class in recognition of exceptional academic achievement during junior year. He is a member of Phi Beta Kappa and has twice received the Shapiro Prize for Academic Excellence. During the summer of 2013, he participated in the Princeton-sponsored Apulum Archaeological Excavation in Alba Iulia, Romania.

For his senior thesis, Hannan studied weak authority figures in literature from the early Roman Empire, exploring the power relationships of intermediate figures during the increased centralization of the early Principate.

Hannan has served as a research assistant to Melissa Lane, the Class of 1943 Professor of Politics. He is a peer academic adviser for freshmen in Forbes College and has served as a tutor in introductory economics and statistics at the McGraw Center for Teaching and Learning. He was a portfolio manager on the Business Today investment team and the community service chair of Princeton Charter Club. He is an undergraduate fellow for the Behrman Society of Undergraduate Fellows and the James Madison Program in American Ideals and Institutions.