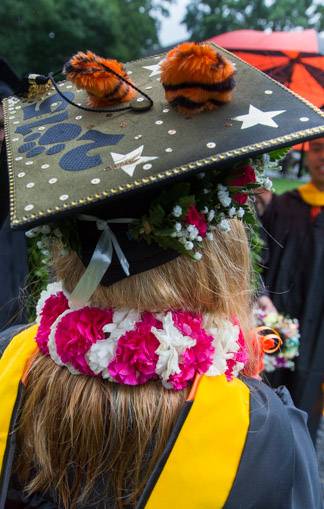 Princeton University awarded degrees to 1,268 undergraduates in the Class of 2015, three from former classes and 885 graduate students at its 268th Commencement Tuesday, June 2.

The valedictory oration was delivered by Misha Semenov from San Francisco, California, an architecture major with certificates in urban studies and translation and intercultural communication. Semenov received the Class of 1939 Princeton Scholar Award, which is given each year to the undergraduate who, at the end of junior year, has achieved the highest academic standing for all preceding college work at the University. He is a recipient of the George B. Wood Legacy Sophomore Prize and twice received the Shapiro Prize for Academic Excellence. He is a member of Phi Beta Kappa. Semenov is interested in applying the principles of good architecture and urban and environmental planning on a large scale. For his senior thesis in architecture, he examined housing projects designed to accommodate residents' expansions and modifications, analyzing how a more flexible, adaptable rule-based architecture can help fulfill larger social goals.

Neil Hannan, a classics major from Manhasset, New York, delivered the salutatory address. The address, which is the University's oldest student honor and is traditionally given in Latin, began as a serious, formal address during an era when the entire Commencement ceremony was conducted in Latin. It has evolved to become a farewell to Princeton campus life that often includes humorous tributes and recollections.

Hannan shared the George B. Wood Legacy Junior Prize with Allison Kruk, an award given to a member of the senior class in recognition of exceptional academic achievement during junior year. He is a member of Phi Beta Kappa and has twice received the Shapiro Prize for Academic Excellence. During the summer of 2013, he participated in the Princeton-sponsored Apulum Archaeological Excavation in Alba Iulia, Romania. Hannan's long-term goals are to study the drivers of economic behavior for use in economic policy and academic work. 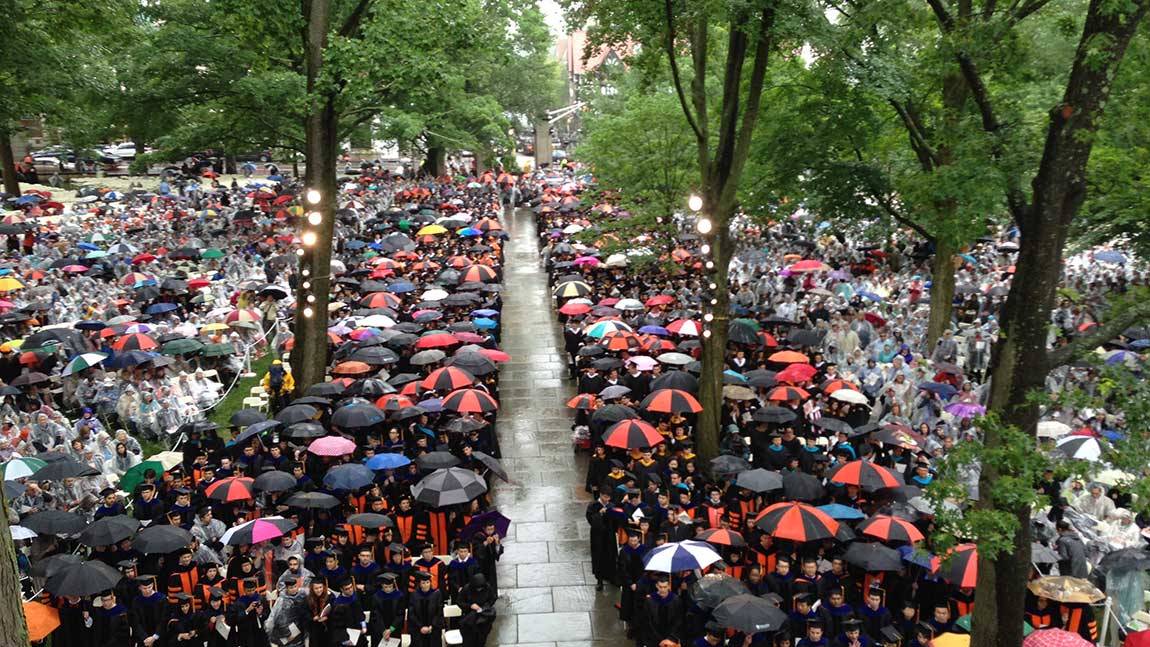 About 10,000 students and guests attended the morning ceremony on the front lawn of historic Nassau Hall. (Photo by Eric Quiñones, Office of the President)

Class of 2015 recognized at Commencement, by the numbers

296 bachelor of science in engineering

(In addition, 12 degrees were awarded during the 2014-15 academic year to graduates of former classes who completed degree requirements earlier in the year.)

Class of 2015 honors recognized at Commencement

17 master of science in engineering

3 master of arts in Near Eastern studies