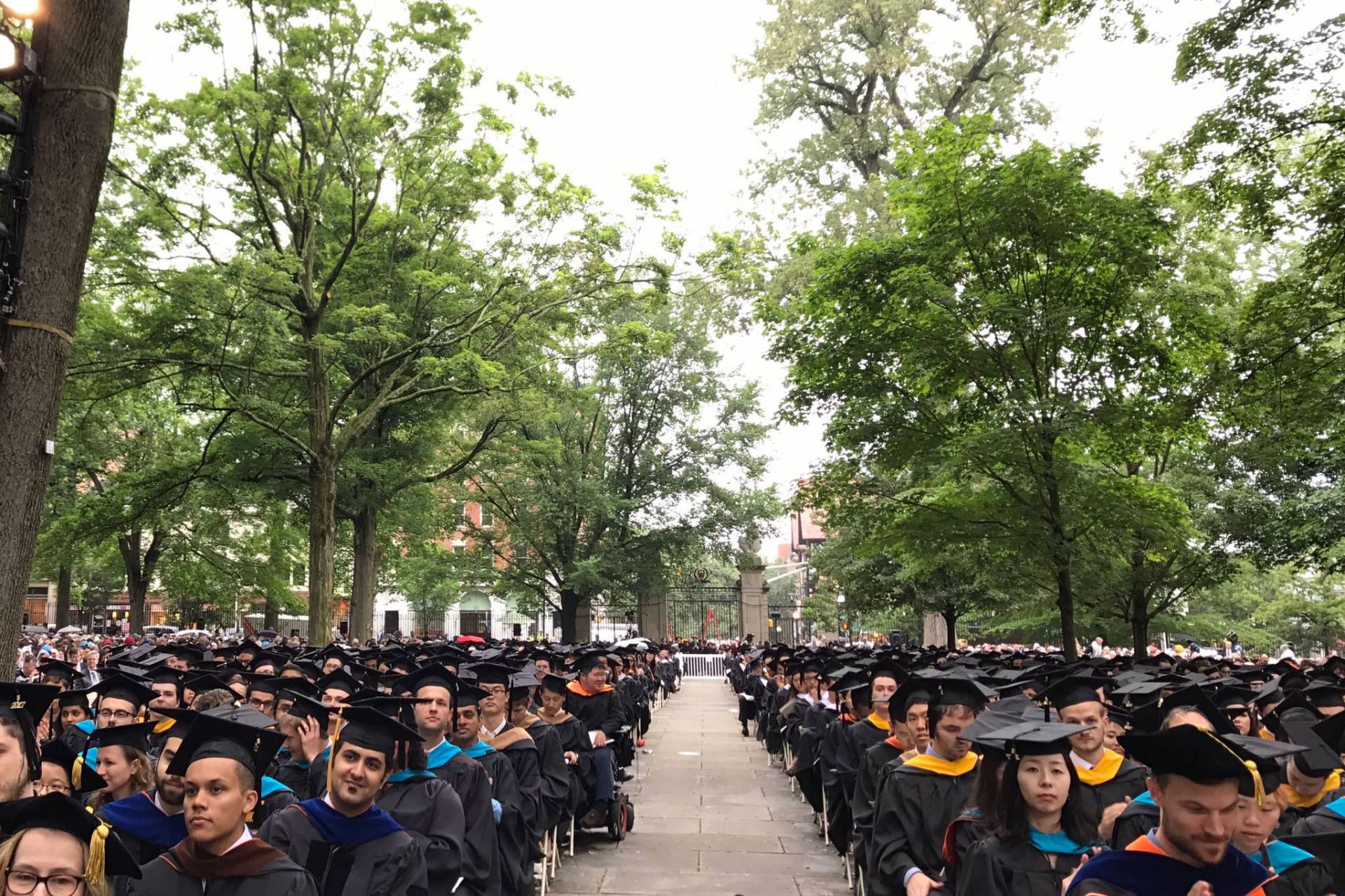 President Christopher L. Eisgruber, the 20th president of Princeton, presided over the University’s 270th Commencement on Tuesday, June 6, on the front lawn of Nassau Hall.

Princeton University awarded degrees to 1,268 undergraduates in the Class of 2017, three from former classes and 520 graduate students at its 270th Commencement Tuesday, June 6.

The University also awarded honorary degrees to five individuals for their contributions to athletics, education, the humanities, public service and the sciences: Kareem Abdul-Jabbar, basketball star, writer and social activist; Juliet Villarreal García, a pioneer in higher education; Pamela Matson, an academic leader in environmental sciences; Jeremiah Ostriker, a Princeton astrophysicist who served the University in a range of roles; and Bunker Roy, a grassroots educator and social entrepreneur in India.

Jin Yun Chow, a comparative literature major from Hong Kong, delivered the valedictory oration. Chow was awarded the Shapiro Prize for Academic Excellence her freshman and sophomore years. She was elected to Phi Beta Kappa in fall 2016.

Chow will spend the summer in Hong Kong, designing a humanities curriculum for an education center as well as teaching at a summer camp that helps Mainland-Chinese immigrant children adapt to the local school environment.

She will then pursue a Ph.D. in comparative literature at Stanford University, where she plans to study digital humanities and European-Chinese literary relations.

Grant Storey, who received a B.S.E. in computer science and a certificate in Roman language and culture, delivered the salutatory address. The address, which is the University’s oldest student honor and is traditionally given in Latin, began as a serious, formal address during an era when the entire Commencement ceremony was conducted in Latin. It has evolved to become a farewell to Princeton campus life that often includes humorous tributes and recollections.

Storey was awarded the Shapiro Prize for Academic Excellence his freshman and sophomore years and was elected to Phi Beta Kappa last fall. He received a Best Poster Award for his junior independent project and is a member of Tau Beta Pi, the engineering honor society. After graduation, Storey will pursue a master’s degree in computer science at Cornell University.

Class of 2017 recognized at Commencement, by the numbers
• 640 men, 628 women
• 960 Bachelor of Arts
• 308 Bachelor of Science in Engineering
• 1,268 total Class of 2017 undergraduate degrees
• 3 degrees to members of previous classes who completed degree requirements during the 2016-17 academic year. (In previous months, 9 degrees were awarded to graduates of former classes who completed degree requirements earlier in the year.)