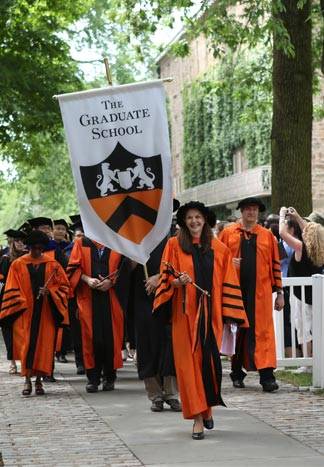 Sandra Bermann (above), chief marshal for University Convocations and the Cotsen Professor in the Humanities, leads the procession at Princeton University's 269th Commencement Tuesday, May 31. The University awarded degrees to 1,291 undergraduates in the Class of 2016, five from former classes and 906 graduate students.

Sandra Bermann (above), chief marshal for University Convocations and the Cotsen Professor in the Humanities, leads the procession at Princeton University's 269th Commencement Tuesday, May 31. The University awarded degrees to 1,291 undergraduates in the Class of 2016, five from former classes and 906 graduate students.

Photos by Noel Valero for the Office of Communications

Princeton University awarded degrees to 1,291 undergraduates in the Class of 2016, five from former classes and 906 graduate students at its 269th Commencement Tuesday, May 31.

Cameron Platt, an English major from Santa Barbara, California, delivered the valedictory oration. Platt earned the Shapiro Prize for Academic Excellence in her sophomore year and was the co-winner of the George B. Wood Legacy Junior Prize for exceptional achievement during the junior year. She was elected to Phi Beta Kappa in fall 2015.

She received an English departmental prize annually since the spring of her first year, including the Class of 1870 Junior Prize and the Class of 1870 Old English Prize. She has twice been recognized for Outstanding Work in the Program in Theater and also has earned a certificate in theater.

Platt will spend the summer working on a theater production to be presented at the New York Fringe Festival. She then will attend the University of Oxford as a Rhodes Scholar.

Esther Kim, an English major from Marietta, Georgia, delivered the salutatory address. The address, which is the University's oldest student honor and is traditionally given in Latin, began as a serious, formal address during an era when the entire Commencement ceremony was conducted in Latin. It has evolved to become a farewell to Princeton campus life that often includes humorous tributes and recollections.

Kim received the Shapiro Prize and was selected to Phi Beta Kappa last fall. She received the Ward Mathis Prize for short fiction, and the English department's Emily Ebert Junior Prize for her junior independent work. She also studied abroad at University College London. After she graduates, Kim will spend next year teaching English in rural Korea as a Fulbright Fellow before pursuing an MFA in creative writing at Florida State University. 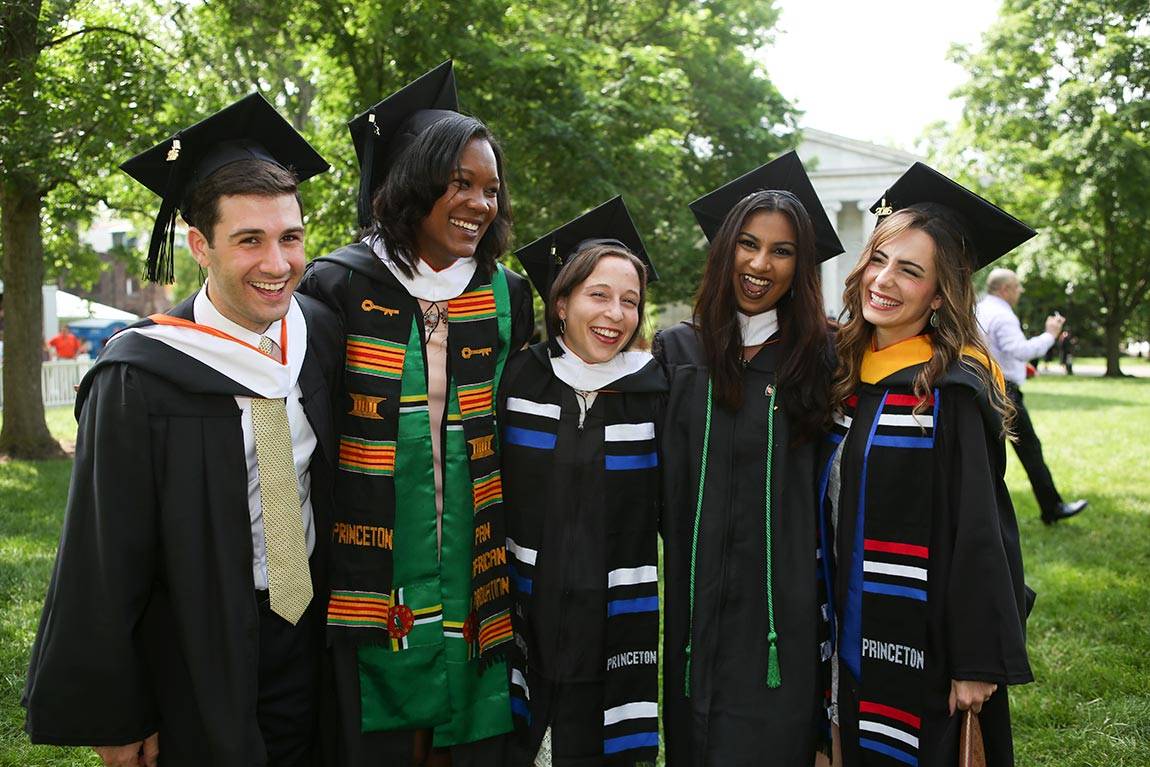 With smiles and hugs, students prepare to celebrate their graduation from the University.

Class of 2016 recognized at Commencement, by the numbers

• 647 men, 644 women
• 974 bachelor of arts
• 317 bachelor of science in engineering
• 1,291 total Class of 2016 undergraduate degrees
• 5 degrees to members of previous classes who completed degree requirements during the 2015-16 academic year. (In previous months, 14 degrees were awarded to graduates of former classes who completed degree requirements earlier in the year.)

Class of 2016 honors recognized at Commencement