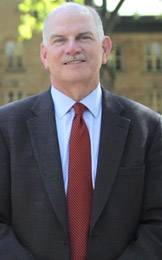 H. Vincent Poor, dean of Princeton University's School of Engineering and Applied Science, narrates a video tour of Princeton's engineering neighborhood, which offers faculty and students research and educational possibilities in a variety of interdisciplinary fields.

In the 50 years since Princeton University's Engineering Quadrangle was built, engineering at Princeton has expanded while integrating seamlessly within one of the world's finest liberal arts institutions.

This video tour of Princeton's engineering neighborhood is narrated by H. Vincent Poor, dean of the School of Engineering and Applied Science, and filmed by Michael Wood, who graduated from Princeton with a degree in mechanical and aerospace engineering in 2008.

The engineering school is a place "of ideas and progress … where we imagine a better world through innovation," said Poor, who is also the Michael Henry Strater University Professor of Electrical Engineering.

The engineering school, established in 1921, has more than 1,000 undergraduates, 550 graduate students and 130 faculty members in its six departments. Home to seven major interdisciplinary centers, the school is carrying out an ambitious plan for growth, with an emphasis on energy, the environment, human health and security.