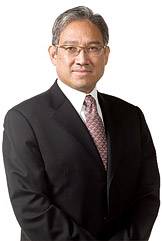 A $10 million gift from Princeton alumnus and trustee William Fung of Hong Kong will substantially increase the University's engagement with scholars around the world and inspire ideas that transcend borders.

A portion of the gift will support the Fung Global Fellows Program, which will bring six exceptional early-career international faculty members from the social sciences and the humanities to Princeton for a year of research, writing and collaboration on a common theme. The program will begin in fall 2013.

President Shirley M. Tilghman said that Fung's gift will strengthen Princeton's capacity to be at once a great American university and a truly global one.

"This gift, with its emphasis on bringing important new voices from abroad to Princeton, will enable us to establish stronger ties with scholars and centers of excellence around the world," she said. "During their stay with us, these scholars will greatly enrich the discourse on our campus, introducing diverse perspectives and fueling collaborative ventures that will benefit us all. We are grateful to William Fung for his generous support of our efforts to develop a greater global consciousness."

The gift also will fund an annual academic conference abroad. The first Princeton-Fung Global Forum is scheduled for this winter in Shanghai, and is titled "The Future of the City." Subsequent forums will take place in locations around the world. The forum is being organized by the Council for International Teaching and Research under the leadership of its director, Jeremy Adelman, the Walter Samuel Carpenter III Professor in Spanish Civilization and Culture and a professor of history.

These conferences will offer Princeton an opportunity to collaborate with scholars around the world on topics of multidisciplinary interest, according to Provost Christopher Eisgruber, the University's chief academic officer. "We expect that the Princeton-Fung Global Forum will quickly become a signature intellectual event that attracts attention from academics and policymakers around the world," he said. "It will showcase some of the best work done at Princeton and enhance the relationships between Princeton's faculty members and their counterparts in other countries."

Fung is group chairman of Li & Fung, a Hong Kong-based multinational group of export and retailing companies. The company, founded by Fung's grandfather in 1906, is a world leader in consumer goods design, development, sourcing and distribution. It manages the supply chain for retailers and brands worldwide with more than 300 offices and distribution centers in some 40 countries.

Fung earned a BSE in electrical engineering from Princeton in 1970 and an MBA from the Harvard Graduate School of Business in 1972, and then began his career at the family firm. Drawing from his education and business acumen, he co-wrote "Competing in a Flat World: Building Enterprises for a Borderless World" (Wharton School Publishing, 2007). He joined Princeton's Board of Trustees in 2009, and over many years has been a generous supporter of Princeton's groundbreaking financial aid program.

"In this new age of globalization, Princeton should be even more involved in fostering scholarship everywhere it takes place," Fung said. "Through this gift, I hope to enable Princeton to become a stronger catalyst for developing new and exciting research and for creating international scholarly communities."

The gift is part of the "Citizenship and the World" priority of the University's $1.75 billion Aspire fundraising campaign scheduled to conclude June 30.

Scholars who are making a mark

The Fung Global Fellows Program is being administered by the Princeton Institute for International and Regional Studies (PIIRS), which serves as a site for integration and joint activity across all of the University's international and area programs. The institute promotes scholarship and teaching on issues of global importance and sponsors programs and activities aimed at advancing knowledge of world cultures and global problems.

The six fellows selected annually will have received a Ph.D. or equivalent within the past 10 years, and will already be earning the respect of their peers and making a mark in their fields.

"We'll be looking for those faculty who are right on the cusp of breaking into the very highest levels of academic achievement," said Mark Beissinger, professor of politics and director of PIIRS.

Michael Gordin, professor of history and director of the Program in Russian and Eurasian Studies, will serve as the first director of the Fung Global Fellows Program. "There's fantastic global talent across international studies — scholars who are already beginning to change the intellectual conversation," Gordin said. "We will engage them through this program, enriching both our scholarship and theirs."

The fellows will be expected to conduct research, write and participate in a weekly public seminar series, where they will have the opportunity to present their work to the University community. During the 2013-14 academic year, the theme for the program will be "Languages and Authority" — an examination of how languages interact with political, social, economic and cultural authority.

More information is available on the program's website. Applications for the first cohort are due Nov. 1. Fellows will be announced in spring 2013.