Ten Princeton University faculty members were transferred to emeritus status in recent action by the Board of Trustees.

All are effective July 1, 2012, except for the transfers of Broach and Browder, effective Feb. 1 and Aug. 1, respectively. 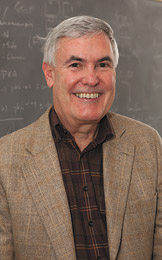 Broach is a pioneer of modern molecular approaches to the study of the model organism Saccharomyces cerevisiae, better known as bakers' yeast. Since the 1970s, from Cold Spring Harbor Laboratory to the State University of New York-Stony Brook to Princeton, Broach's research has investigated topics including cell specialization, genetic cloning and nutrient assimilation.

In addition, Broach has written more than 150 scientific papers, co-edited six volumes on yeast molecular and cellular biology and served as editor or associate editor for leading journals, including Cell and Molecular and Cellular Biology.

Broach earned his bachelor's degree at Yale University and his Ph.D. at the University of California-Berkeley. He joined the Princeton faculty in 1984 and was one of the founding members of the Department of Molecular Biology, serving as its associate chair from 2004 to Jan. 31, 2012. He also was associate director of the Lewis-Sigler Institute for Integrative Genomics from 2001 to 2008. Broach currently is chair of the Department of Biochemistry and Molecular Biology at the Penn State College of Medicine and director of the Penn State Institute for Personalized Medicine. 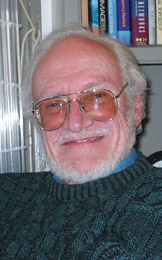 Browder received his undergraduate degree from the Massachusetts Institute of Technology, earned his Ph.D. in mathematics at Princeton in 1958 and joined the faculty as a full professor in 1964 — at age 28. His research has had a significant influence in the areas of homotopy theory, differential topology and the theory of finite group actions.

Browder has served in a variety of administrative capacities in the mathematics department — as chair, director of undergraduate studies and undergraduate representative — as well as serving on committees for the larger University community. 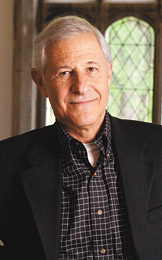 Danson has had a 44-year career of outstanding scholarship and teaching, mainly in Shakespeare and Renaissance studies. He is the author of three books and many articles on Shakespearean drama, and has also written books about the literature of 19th-century British writers Max Beerbohm and Oscar Wilde. As a teacher, he is known for his innovation in developing new courses, using technology in the classroom and experimenting with teaching methods.

Among Danson's honors are a National Endowment of the Humanities Fellowship and the Hoffman Prize, and his teaching has been recognized through Princeton's Cotsen Faculty Fellowship and grants from the 250th Anniversary Fund for Innovation in Undergraduate Teaching.

Danson began as an instructor at Princeton in 1968, and he has served as director of the Princeton Writing Program, on the Executive Committee of the Council of the Humanities, on the Committee for Renaissance Studies, in the Program in Theater and Dance, and on the Priorities Committee, among other roles. He received his bachelor's degree from Dartmouth College, pursued graduate study at Merton College at the University of Oxford and earned his Ph.D. at Yale. 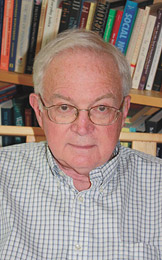 Darley began his career at New York University, where he started the line of research that sparked his career — looking into why bystanders who had witnessed the murder of Kitty Genovese in 1964 had not intervened. With his Columbia University colleague Bibb Latané, Darley conducted innovative laboratory and field experiments that tested and confirmed their hypotheses that the unresponsiveness of bystanders was driven by uncertainty and indecision, and the belief that others would help.

Darley, a graduate of Swarthmore College who earned his Ph.D. at Harvard University, came to Princeton in 1968 as an associate professor in psychology and helped build the University's social psychology program. In addition to publishing many books and articles in the field, he chaired the department for five years. He also branched out to topics such as behavioral approaches to energy conversation, how organizations socialize wrongdoing and laypeople's conceptions of the law and legal system. In 2001, he became jointly appointed with Princeton's Woodrow Wilson School of Public and International Affairs. 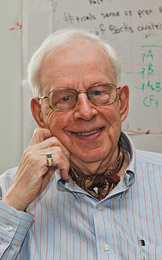 Johnson-Laird, a renowned expert on the psychology of language and thinking, helped pioneer the field of cognitive science. He earned his bachelor's degree and Ph.D. in psychology at University College London — after receiving training as a surveyor and working as a freelance jazz musician and music critic. After spending time at Princeton as a visitor, he joined the faculty in 1989.

The principal question that Johnson-Laird has answered is how individuals who have had training in logic or probability calculus are able to reason: They use mental models of the world.

Johnson-Laird is a fellow of the British Academy and the Royal Society of London, a recipient of the Fyssen Foundation International Prize and Princeton's Graduate Mentoring Award, and a member of the National Academy of Sciences and the American Philosophical Society. 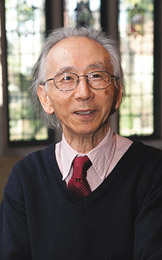 Makino has published books and articles in English and Japanese, been an associate editor of various journals in the field and served as president of the Association of Teachers of Japanese. His honors include an Award for Distinguished Service to the Profession from the Modern Language Association. 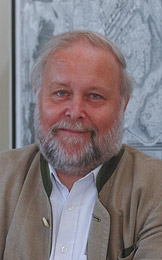 Meyer, a specialist in Hellenistic and Roman art, spent the first decade of his academic career in Germany, teaching in Munich and Marburg and taking on a curatorial position responsible for a collection of casts of Classical sculptures at the Bavarian National Museum.

When he joined the Princeton faculty in 1989, Meyer focused on further researching sculptural objects and published two books on Classical works. To complement his teaching, he worked to rebuild the art and archaeology department's cast collection. Later in his career, he embarked on a comprehensive history of imperial Roman art, publishing one volume in 2000 with two more volumes forthcoming.

Meyer received his Ph.D. in Classical art and archaeology from the University of Göttingen in Germany, and he will continue his scholarship from Munich upon retirement. 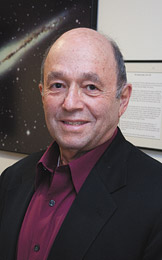 Ostriker joined Princeton as a lecturer in astrophysical sciences in 1965, and throughout his career he has made major contributions to his field and to higher education, at the University and further afield. Through his scholarship, he played a major role in convincing the astronomical community of a model of the universe in which most mass resided in dark matter rather than visible stars; helped explain the dynamics of the interstellar medium, the volume between stars; advocated new ways of thinking of the geometry of the universe; and played a central role in synthesizing cosmological theories.

Ostriker's leadership efforts include participating in the development of the Sloan Digital Sky Survey. He also spent 16 years as chair of the astrophysical sciences department and directed the Princeton Institute for Computational Science and Engineering. From 1995 to 2001, he served as provost of the University, helping establish its pioneering, no-loan initiatives in financial aid. Ostriker also is serving as treasurer of the National Academy of Sciences. 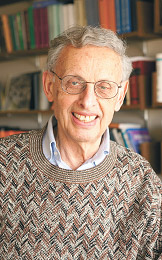 Stein's contributions in the area of mathematical analysis over the last half-century include groundbreaking work on problems in areas of math such as harmonic analysis, partial differential equations, several complex variables and representation theory. Stein is a recipient of the National Medal of Science and the Wolf Prize.

Stein has written several books on mathematical analysis that are considered classics in the field, and he recently published (with Rami Shakarchi) the last in a four-volume set of textbooks called "Princeton Lectures on Analysis" that accompany a sequence of advanced undergraduate mathematics courses, which he also developed.

Stein joined the faculty in 1963, served twice as chair of the mathematics department and mentored a generation of leading analysts. He received his bachelor's degree and Ph.D. from the University of Chicago. 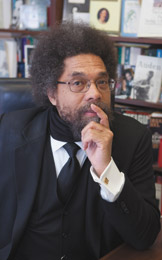 West's numerous publications include the best-selling books "Race Matters" and "Democracy Matters," as well as "The American Evasion of Philosophy: A Genealogy of American Pragmatism," which won the 1992 Critic's Choice Award. He has participated in protests on issues from apartheid South Africa to the Occupy movement. He has also made numerous media appearances; appeared in feature films, documentaries and television shows; hosted a radio show; and released and appeared on spoken word and music albums.

West served on the Princeton faculty from 1988 to 1994 and rejoined the University in 2002 as a professor of religion and African American studies; he later became the first faculty member with a full appointment in the Center for African American Studies. A Harvard graduate, West earned his Ph.D. in philosophy from Princeton in 1980. Next month he will take a position at Union Theological Seminary in New York City, where he began his teaching career.