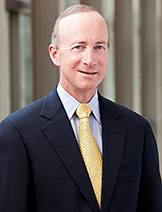 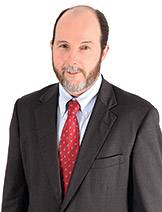 Princeton University will present its top honors for alumni to Mitchell E. Daniels Jr., governor of Indiana and president-elect of Purdue University, and Arminio Fraga, a financier and former president of the central bank of Brazil who also focuses on addressing social issues.

Daniels, a member of the Class of 1971, will receive the Woodrow Wilson Award. Fraga, who earned a Ph.D. in economics in 1985, will receive the James Madison Medal. They will be presented with the awards and deliver addresses on campus during Alumni Day activities on Saturday, Feb. 23.

Daniels, the 49th governor of Indiana, was elected in 2004 and re-elected in 2008. After the end of his second term this January, he will take over the presidency of Purdue.

Among his accomplishments as governor, Daniels turned a state budget deficit into a surplus, boosted Indiana as a business-friendly state, expanded educational opportunities and spearheaded a host of reforms aimed at improving the performance of state government.

"Governor Daniels embodies service," said Cecilia Rouse, dean of the Woodrow Wilson School of Public and International Affairs. "From serving multiple presidents to leading Indiana, his approach to government is both thoughtful and smart."

Rouse noted that at an Oct. 25 talk at the Wilson School, Daniels "highlighted for policy students the importance of excellence in public service." She added, "We are so proud a Woodrow Wilson School alumnus was selected for this distinguished award."

Daniels has held a range of top-level positions in business and politics. He worked for more than a decade at Eli Lilly and Co., including as president of the company's North American Pharmaceutical Operations. Previously, he was CEO of the Hudson Institute. He served as an adviser to President Ronald Reagan, director of the Office of Management and Budget for President George W. Bush, and chief of staff for Indiana Sen. Richard Lugar.

Daniels graduated with a bachelor's degree from Princeton's Wilson School in 1971 and received a law degree from Georgetown University in 1979. He is the author of "Keeping the Republic: Saving America by Trusting Americans."

Fraga is known both for his financial stewardship in his native Brazil and for his commitment to addressing social issues.

Fraga is the founding partner of Gávea Investimentos, an investment management firm created in 2003 and based in Rio de Janeiro. Since 2009, he has served as chairman of the board of BM&F Bovespa, Brazil's securities, commodities and derivatives exchange. From 1999 to 2002, he was president of the central bank of Brazil. In this role, he spearheaded major innovations and reforms in Brazilian capital markets, with important consequences for Brazil's place on the global stage.

He has also been a noted public servant. After years of economic turmoil and a difficult transition to democracy in Brazil, Fraga became president of the central bank of Brazil in 1999, and held this post until 2002, by which time he succeeded in helping bring down his country's skyrocketing inflation rates.

"When Brazil was in trouble, Arminio Fraga responded to a call of duty when few had reason to be optimistic," said Jeremy Adelman, a Princeton professor of Latin American history.

"Arminio Fraga's accomplishments required leadership and courage, which he demonstrated clearly in saving the country," said Dean of the Graduate School William Russel. "We are proud to have him join the ranks of the Madison Medalists."

Endeavoring to address larger social questions in Brazil, Fraga serves on the board of several nongovernmental organizations. He is a member of the Group of Thirty, an international group focused on economic issues, and the Council on Foreign Relations. He has taught at several universities and has published widely in the areas of international finance, macroeconomics and monetary policy.

Earlier in his career, Fraga was managing director of Soros Fund Management in New York and held positions with Salomon Brothers and Garantia Investment Bank.

Fraga received his bachelor's degree in economics from the Catholic University of Rio Janeiro in 1981 before receiving his Ph.D. from Princeton.