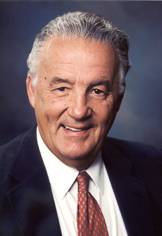 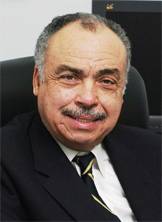 Two graduates of Princeton's Woodrow Wilson School of Public and International Affairs who have devoted their careers to public service have been selected as the 2007 recipients of the University's top honors for alumni.

Paul Sarbanes, a member of Princeton's class of 1954 and a five-term U.S. senator from Maryland, has been chosen for the Woodrow Wilson Award. Julius Coles, a 1966 graduate alumnus who had a 28-year career with the U.S. Agency for International Development and is now president of Africare, will be awarded the James Madison Medal.

They will receive their awards and deliver addresses on campus during Alumni Day activities on Saturday, Feb. 24.

On Alumni Day, Coles will present "An Examination of the Prospects for Africa in the New Millennium" at 9:15 a.m., and Sarbanes will speak on "Reflections on a Life in Public Service" at 10:30 a.m. Both talks will take place in Richardson Auditorium of Alexander Hall.

"[Sarbanes] epitomizes 'Princeton in the Nation's Service,'" wrote one alumnus in nominating him for the Wilson Award. "When his country needed him, he was the right man in the right place at the right time. He is the longest serving and much beloved senator in Maryland history. He is an inspiration to all of us, and he proves that politics can indeed be an honorable profession."

Sarbanes earned his A.B. from the Wilson School in 1954 and was that year's recipient of the Pyne Honor Prize, the highest general distinction conferred on an undergraduate. Selected for a prestigious Rhodes Scholarship, he studied at Oxford University for three years, then earned a law degree from Harvard University.

He practiced law in Baltimore, and began his career in government service with election to the Maryland House of Delegates in 1966. He was elected to the first of his three terms in the U.S. House of Representatives in 1970. Sarbanes was elected to the U.S. Senate in 1976; in 2000, he made Maryland history by winning re-election to an unprecedented fifth term. He did not seek a sixth term this fall, but his son John, a 1984 Princeton alumnus, won election to his former Maryland House seat.

Sarbanes is perhaps best known for his participation in the Watergate hearings as a member of the House Judiciary Committee and for the legislation he shepherded through the Senate banking committee to reform the accounting industry and restore investor confidence in the wake of the Enron and WorldCom scandals. The Sarbanes-Oxley Act, signed into law in 2002, is considered the most important securities legislation since the original federal securities laws of the 1930s.

Sarbanes also is a senior member of the Senate foreign relations, budget and joint economic committees. He served as a member of Princeton's board of trustees from 2002 to 2006.

Coles came to Princeton after earning a B.A. from Morehouse College. He completed his MPA in the Wilson School in 1966, and joined the U.S. Agency for International Development. Over the next 28 years, he saw duty in several Asian and African countries and worked on a range of programs, including agriculture, health care, education and HIV/AIDS prevention.

Upon retiring from USAID in 1994 with the rank of career minister, Coles became director of Howard University's new Ralph J. Bunche International Affairs Center. In 1997, Morehouse College recruited Coles for a similar project -- to help develop its Andrew Young Center for International Affairs. He served as the center's director until 2002, when he became president of Africare.

Africare is a leading nonprofit organization specializing in aid to Africa. Its programs address needs in the principal areas of food security and agriculture as well as health and HIV/AIDS, reaching families and communities in 26 countries in every major region of sub-Saharan Africa. Since joining the organization, Coles has been heavily involved in expanding its financial resources.

He also has remained active in Princeton activities as a longstanding member of the Association of Princeton Graduate Alumni and the Association of Black Princeton Alumni. He has been a mentor to many Wilson School students over the years and, for the past five years, he has served on the school's advisory council. Last year he co-chaired the school’s 75th anniversary celebration.