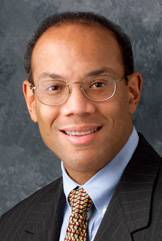 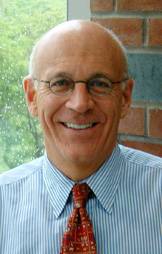 Rogers, a member of Princeton's class of 1980, has been chosen for the Woodrow Wilson Award. Goldman, who earned graduate degrees from the Woodrow Wilson School of Public and International Affairs in 1969 and 1976, will be awarded the James Madison Medal.

Rogers and Goldman will receive their awards and deliver addresses on campus during Alumni Day activities on Saturday, Feb. 23.

Rogers is chairman, chief executive officer and chief investment officer of Ariel Capital Management, which he founded in 1983, just three years after graduating from Princeton.

Based in Rogers' hometown of Chicago, Ariel has grown into a widely recognized mutual fund company and money management firm with more than $15.5 billion in assets under management for corporate, public, union and nonprofit organizations. While building the company from two employees to more than 100, Rogers also has demonstrated a deep commitment to socially responsible investing and civic engagement.

Ariel Capital has teamed with community partners in Chicago to support a public charter school, the Ariel Community Academy, which emphasizes financial literacy in its curriculum. In the early 1990s, Rogers helped lead fundraising efforts for Project Vote, an effort to register African Americans in Chicago to vote, which was led by current U.S. Senator and presidential hopeful Barack Obama.

Rogers currently is vice chairman of the Chicago Urban League and a trustee of the University of Chicago. He has been a director or trustee of numerous civic, educational and arts organizations, including the Rainbow/PUSH Coalition, the Oprah Winfrey Foundation and the Chicago Symphony Orchestra. He also has served on several corporate boards.

Rogers, who majored in economics at Princeton and was captain of the varsity basketball team, has been active in University and alumni affairs. He served as a Princeton trustee from 1990 to 1994 and currently is a member of the Association of Black Princeton Alumni (ABPA), the Princeton Varsity Club board of directors and the Alumni Schools Committee. He is the first African American recipient of the Wilson Award.

"While John was creating the largest black-owned mutual fund, he was also one of the most important and influential members of so many communities -- the Princeton alumni community, the Chicago community and the financial community," Bruce said. "John's leadership led to the Ariel Education Initiative, which promotes educational activities in economically disadvantaged areas, particularly in Chicago. He also created the Ariel-Schwab Black Investor Survey and Black Investor Summit to investigate and, based upon the results, promote investment in the black community."

"John's contribution to the black Princeton alumni community and the broader alumni community is invaluable," he said. "He employs and has employed many Princeton students and alumni at Ariel and the Ariel Education Initiative. Personally, he mentors and offers guidance to any number of students and alumni. And maybe most importantly, his business success and the exemplary way that he has approached some of society's problems serve as a role model for us all."

Goldman, a leading figure in arts and economic development, earned both a master's in public affairs and a Ph.D. with a focus on urban studies from the Wilson School. Goldman arrived at Princeton in 1967, not long after riots had devastated Newark, N.J., and the city became a focus of his studies in urban affairs. Some two decades later, he emerged as a pivotal figure in a major initiative to revitalize New Jersey's largest city.

In 1989, Goldman was appointed president of the then-proposed New Jersey Performing Arts Center (NJPAC) in Newark. Over the next eight years, he led efforts to raise funds and build critical community and government partnerships to fulfill the vision of NJPAC as a vibrant cultural centerpiece of Newark's civic development.

Goldman was committed to creating an arts center that would spur economic activity in Newark, attract diverse audiences both from the city and its surrounding suburbs, and provide cultural and educational outreach to the local community. The $200 million multi-facility center opened in October 1997, and Goldman is now overseeing efforts to further expand NJPAC.

"NJPAC stands as a national and international center for cultural activities," Ellis Finger, a 1973 graduate alumnus and director of the Williams Center for the Arts at Lafayette College, wrote in supporting Goldman's nomination for the Madison Medal. Finger lauded Goldman's "skilled diplomacy and passionate vision for what this performing arts center would mean for its immediate surroundings and for the cultural vitality of the region."

Carol Cronheim, a 1986 alumna and former acting secretary of state for New Jersey, also wrote, "Since the beginning, NJPAC has been committed to being an arts center that is open, accessible and special to all people, regardless of economic, geographic or ethnic background."

"Larry is a visionary and motivating leader," Cronheim wrote. "As the early history of NJPAC is written, Larry's leadership will be the major story. Board members, staff, volunteers and students all know that were it not for Larry Goldman, NJPAC might have been a fine venue, but it would not have become an institution with a heart and soul, deeply rooted in the community, and with a focused eye on what it can still become."

Prior to joining NJPAC, Goldman managed the restoration, renovation and expansion of Carnegie Hall in New York City and served for nine years as its vice president. He previously worked for the New York Urban Development Corp., the Roosevelt Island Development Corp. and the Greater London Council.

Goldman came to Princeton after graduating from Colgate University. He has maintained ties with the University by serving as a lecturer in the Wilson School and presenting public talks. He also serves on the boards of Beth Israel Medical Center in New York and the New Jersey chapter of Teach for America.