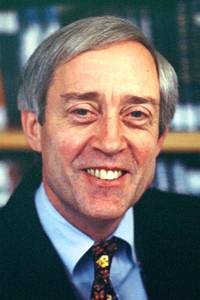 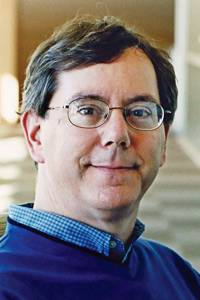 Rupp, a member of Princeton's class of 1964 who also has served as president of Columbia and Rice universities, has been chosen for the Woodrow Wilson Award. Levinson, a 1977 graduate alumnus who is known for his pioneering role in scientific research, will be awarded the James Madison Medal.

They will receive their awards and deliver addresses on campus during Alumni Day activities on Saturday, Feb. 25.

On Alumni Day, Levinson will speak on "Creating and Sustaining a Corporate Culture of Scientific Innovation" at 9:15 a.m., and Rupp will present a lecture on "Local Conflicts/Global Challenge" at 10:30 a.m. Both talks will take place in Richardson Auditorium of Alexander Hall.

"George personifies the phrase: Princeton in the Nation's Service," wrote one alumnus in nominating Rupp for the Wilson Award. He devoted three decades to service in the field of American higher education, and now is leading relief and rehabilitation efforts around the world.

Rupp earned his A.B. in English from Princeton in 1964, continuing on to earn a B.D. from the Yale Divinity School and a Ph.D. from Harvard. He was the John Lord O'Brian Professor of Divinity and dean of the Harvard Divinity School from 1979 to 1985, when he became president of Rice University. During his eight-year tenure at Rice, applications for admission almost tripled, federal research support more than doubled and the value of the endowment increased by more than $500 million.

In 1993, Rupp was named president of Columbia, where he focused on enhancing undergraduate education, on strengthening the relationship of the campus to surrounding communities and New York City, and on increasing the university's international orientation. During his nine years there, he also completed a financial restructuring of the university and a $2.84 billion fund-raising campaign that achieved eight successive records in dollars raised.

Since joining the International Rescue Committee in 2002, Rupp has been responsible for overseeing the work of the New York-based organization, a global leader in emergency relief, rehabilitation, protection of human rights, post-conflict development, resettlement services and advocacy for those uprooted or affected by conflict and oppression. The organization works in 25 countries, and also resettles refugees in the United States through a network of offices in 16 cities around the nation.

Trained as a scientist, Levinson quickly has become known for his business acumen as well. "It is extraordinary to have an individual with an outstanding reputation as both a scientist and an entrepreneur," said Dan Abramowicz, president of the Association of Princeton Graduate Alumni and the chair of the Madison Medal selection committee. "What makes Dr. Levinson so unique is that he excels in both of these areas."

A graduate of the University of Washington-Seattle, Levinson earned his Ph.D. in biochemical sciences from Princeton in 1977. He then began conducting postdoctoral research at the University of California-San Francisco. He was recruited by UCSF faculty member and company co-founder Herbert Boyer as a senior scientist for Genentech in 1980.

Levinson set upon a new area of research, the use of mammalian cells to produce proteins. Once deemed controversial and costly, the method is now considered a standard for the industry. In 1990, he became vice president of research at the company, modifying the research focus by honing in on a narrower set of targets and insisting upon longer and more involved clinical trials. His leadership has helped Genentech become one of the world's leading biotech companies.

Levinson was named president and chief executive officer of the South San Francisco-based company in July 1995. He was made a member of the board of directors that same year and was named chair of the board in 1999. He was inducted into the Biotech Hall of Fame in 2003, voted "CEO of the Year" in 2004 by the San Francisco Times, selected by Business Week in 2004 as "One of the Best Managers" and recently listed by Forbes as "One of America's Most Powerful People."