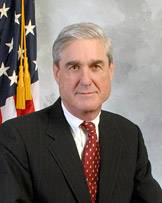 Photo courtesy of the FBI

Photo courtesy of the FBI 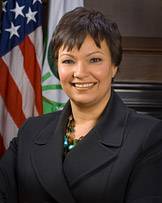 Princeton University will present its top honors for alumni to Robert S. Mueller III, director of the FBI, and Lisa Jackson, administrator of the Environmental Protection Agency.

Mueller, a member of the Class of 1966, will receive the Woodrow Wilson Award. Jackson, who earned a master's degree in chemical engineering in 1986, will receive the James Madison Medal. They will be presented with the awards and deliver addresses on campus during Alumni Day activities on Saturday, Feb. 25.

Mueller is regarded as the chief driving force behind the FBI's shift from an organization primarily focused on investigating criminal activity, to a national security service that uses intelligence to address a much broader international terrorist and criminal threat landscape.

Mueller is the sixth director of the FBI, nominated by President George W. Bush. Confirmed by the U.S. Senate, he assumed directorship duties on Sept. 4, 2001, just one week prior to the Sept. 11, 2001, terror attacks.

Mueller's 10-year term concluded this summer, but the Senate — in an extraordinary gesture — unanimously extended his directorship two more years at the request of President Barack Obama.

"Robert Mueller is widely respected for his dedication, integrity and clear commitment to public service," said Christina Paxson, dean of the Woodrow Wilson School of Public and International Affairs. "He is a perfect choice for this year's Woodrow Wilson Award."

Mueller graduated with a bachelor's degree in politics from Princeton in 1966, going on to receive a master's in international relations from New York University, serve three years in the Marine Corps — where he received the Purple Heart and Bronze Star Medal, among other awards, for service in Vietnam — and obtain a law degree from the University of Virginia School of Law in 1973.

Jackson is both a scientist and a public servant whose career has focused on environmental issues. As the administrator of the EPA, her top priorities include addressing greenhouse gases — carbon monoxide and other gases produced from manufacturing processes — as a public health threat. Along with prioritizing improvements in air quality, she also is concerned with better management of the risks posed by chemicals, cleanup of hazardous waste sites and protection of America's water supply.

"Lisa has shown wonderfully strong and courageous leadership at the EPA, working hard to ensure that the EPA's evaluations and regulations are based on the highest quality science," said Emily Carter, founding director of Princeton's Andlinger Center for Energy and the Environment and the Gerhard R. Andlinger Professor in Energy and the Environment. "I am particularly proud that a Princeton alumna has been the first EPA administrator to put in place regulations of greenhouse gases."

Jackson joined the EPA as a scientist in 1987 and rose through its ranks, developing special expertise in the agency's Superfund toxic and hazardous waste cleanup program, before joining the New Jersey Department of Environmental Protection as assistant commissioner in 2002.

In 2006, New Jersey Gov. Jon Corzine nominated Jackson to become commissioner of the department. She served the state until nominated by then-incoming President Obama, becoming the 12th administrator of the EPA in January 2009 and the first African American to serve in the position.

Jackson received her bachelor's degree from Tulane University in 1983 before receiving her master's from Princeton.