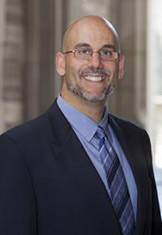 Eric Quiñones, the associate vice president for communications at Franklin & Marshall College and a former managing editor at Princeton University's Office of Communications, has been named speechwriter for Princeton President Christopher L. Eisgruber. Quiñones will start his new position Aug. 21.

"I am delighted that Eric Quiñones will be returning to Princeton," Eisgruber said. "His writing skills are well known on campus and beyond, and I am very pleased that he will be joining my staff."

Quiñones worked since August 2012 at Franklin & Marshall, where he managed daily operations in the Office of College Communications.

As speechwriter, Quiñones will work directly with Eisgruber on the preparation of speeches, reports, statements, articles, correspondence and other communications.

Quiñones earned his bachelor's degree in journalism and history from Indiana University. Earlier in his career, he worked as a national business writer for The Associated Press in New York; as a senior writer and editor for Syclo LLC in Barrington, Ill.; and as a freelance writer for The New York Times, The Star-Ledger of Newark, N.J.; Indiana University Alumni magazine, PriceWaterhouseCoopers and Sony Corp., among others.

Weeren named assistant to the president

Day named director of news and editorial services at Princeton