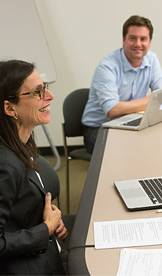 Lilia Moritz Schwarcz, a professor of anthropology at the University of São Paulo and a Princeton Global Scholar, and Peter Locke, a lecturer in the Woodrow Wilson School of Public and International Affairs, lead the opening session of "Health and the Social Markers of Difference." The new course examines the role of social markers of difference — such as race, class, nationality and gender — in issues of global health. 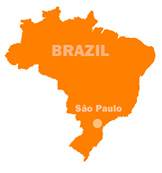 Class: "Health and the Social Markers of Difference"

Description: This new course examines the role of social markers of difference — such as race, class, nationality and gender — in issues of global health. For example: How can racial or gender discrimination affect access to health services and life expectancy? "Studying health paired with markers of difference lets us address the social and political determinants of vulnerability and disease," said João Biehl, the Susan Dod Brown Professor of Anthropology, who helped develop the course. "It is somewhere in the middle of social lives that the work of critique always begins, and we need integrated approaches that recognize the profound interdependence of health, economic development, good governance and human rights," said Biehl, who is also co-director of the Program in Global Health and Health Policy.

Instructors: Peter Locke, a lecturer in the Woodrow Wilson School of Public and International Affairs; Lilia Moritz Schwarcz, a professor of anthropology at the University of São Paulo (USP) and a Princeton Global Scholar; Laura Moutinho, a professor of anthropology at USP; José Ricardo Ayres, a professor of preventative medicine at USP; and Didier Fassin, the James D. Wolfensohn Professor at the Institute for Advanced Study. "Collaborating with our colleagues from the University of São Paulo has affirmed how essential it can be to explore complex issues from the vantage point of different intellectual traditions and social and historical contexts," Locke said. "As we constructed the syllabus, the faculty from USP challenged us to broaden our sense of what materials could be relevant and to bring literatures and scholarly debates produced in other parts of the world into an equal conversation with our own bodies of knowledge."

An international classroom: The course is one result of a strategic partnership between Princeton and USP that was announced in 2012. Biehl connected with USP researchers to develop a pilot project that includes student exchanges and collaborative teaching and research. As part of this initiative, six Princeton undergraduate students and two graduate students traveled to Brazil twice earlier this year — over spring break and for about nine weeks during the summer — to do research as Princeton Brazil Global Fellows. Now, some of those students and the USP faculty members they worked with in Brazil are back together for this class. "I have always felt that internationalization needs to go both ways," Biehl said. "Of course we need to send our students out there to get the experience but we also need to bring to campus both students and faculty to internationalize campus life and the classroom experience." 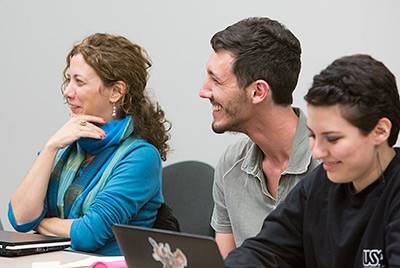 Participants engaging in a class session include (from left) Laura Moutinho, a professor of anthropology at the University of São Paulo (USP); Pedro Lopes, a USP graduate student; and Minerva Pedroza, a Princeton senior and Princeton Brazil Global Fellow.

Day one: The first meeting of the class demonstrated its broad reach and international flavor. Locke was joined by Schwarcz and Biehl, who offered a brief overview of the class and how it came together. The 24 students, who represented about a dozen majors, took turns introducing themselves. Also there to listen and contribute was Stanley Stein, the Walter Samuel Carpenter II Professor in Spanish Civilization and Culture, Emeritus, who Schwarcz described a "hero" for his groundbreaking work on race and culture in Brazil.

Schwarcz led the class, laying the groundwork for the semester by introducing the ideas of social markers of difference. "I just wanted to show the students how society can act as a double of nature by creating and naturalizing difference," Schwarcz said later. "Sometimes you have political and cultural differences that are just as powerful as natural ones." To illustrate the way societies focus on constructed differences, she showed the students a 16th-century drawing of Amerigo Vespucci's landing in the New World and picked apart the myriad social markers of difference represented: the New World as a nude woman, helpless and in need; Europe as a man formally dressed and armed with the latest technology and an obligation to bring change. 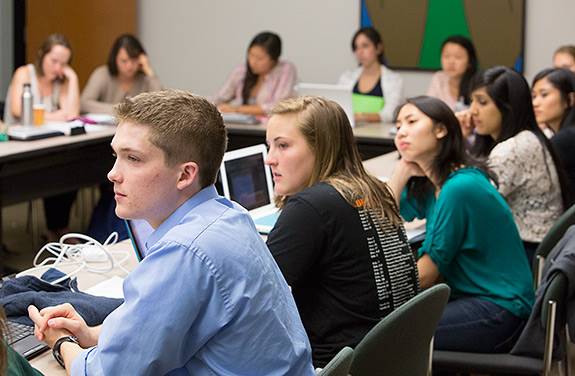 The course includes students from across the University, representing about a dozen majors. Some of the students have done research in Brazil as Princeton Brazil Global Fellows.

Students say: Naomi Zucker, a senior majoring in anthropology and pursing a certificate in Global Health and Health Policy, as well as a Princeton Brazil Global Fellow and a Davis UWC Scholar: "I think it is particularly valuable to have the opportunity to connect summer research to coursework back at Princeton. There is often a disconnect between what we study in the classroom and what we are working on in our independent projects, and it is exciting to have a space in which you can use one to inform the other."

Andy Hawley, a senior majoring in economics: "Everyone goes through life with their own world view on social markers of difference — race, gender, status — but they are not easy topics for dinner-table discussions. This class has been a chance to unpack those unspoken thoughts in a deliberately open, constructive setting."