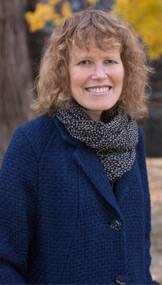 Rachel Bowlby, who joined Princeton University this fall as a professor of comparative literature, has written about a wide range of cultural topics. In her most recent book, "A Child of One's Own: Parental Stories," she unearths the "hidden" parental tales of identity in major 19th-century novels and even in ancient Greek texts to illuminate today's real-life stories of parenthood.

Princeton University professor Rachel Bowlby is intent on illuminating stories about parental identity — a focus she says has been neglected in the study of literature. In her book "A Child of One's Own: Parental Stories," Bowlby unearths parental passions in major 19th-century novels and even in ancient Greek texts. Building from such literary examples, she draws connections to and contrasts with today's real-life stories of parenthood, a topic rich with tales of cultural change. "A Child of One's Own" was published earlier this year by Oxford University Press.

Bowlby, who joined Princeton as a professor of comparative literature in September, has written on a wide range of cultural topics from shopping to commuting. She is bringing her interests in everyday life — and the forms of writing that represent it — into the classroom. This semester, she is teaching an undergraduate course on "The Diary" and a graduate seminar on realist novels.

A native of England, Bowlby earned her undergraduate degree at the University of Oxford and her Ph.D. in comparative literature at Yale University. She has taught at a number of universities in England, including the University of Sussex and most recently University College London. She has been a visiting professor at Cornell University, Rutgers University, Otago University in New Zealand and Paris 3 (the Sorbonne Nouvelle). She is a fellow of the British Academy.

Bowlby has translated several works by contemporary French philosophers, including Jacques Derrida. Her books include "Just Looking: Consumer Culture in Dreiser, Gissing and Zola" (1985); "Still Crazy After All These Years: Women, Writing and Psychoanalysis" (1992); "Shopping with Freud" (1993); "Feminist Destinations and Further Essays on Virginia Woolf (1997); "Carried Away: The Invention of Modern Shopping" (2000)"; and "Freudian Mythologies: Greek Tragedy and Modern Identities" (2007).

Below, she details the genesis of "A Child of One's Own." 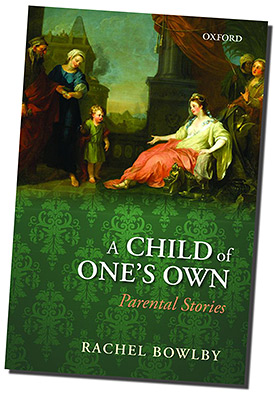 In "A Child of One's Own," published this year, Bowlby examines literature through a modern-day lens and explores "new" parental stories of adoption, single parenthood and "proto-parents" such as egg and sperm donors and surrogate mothers. (Photo courtesy of Oxford University Press)

In "A Child of One's Own," you observe that parental stories in literature have been neglected — you largely focus on 19th-century novels such as Charles Dickens' "Great Expectations" and Jane Austen's "Mansfield Park." Why did you decide to tackle this subject?

The underlying starting point was that the basic story of parenthood has been changing as never before in recent decades. Alongside the age-old standard of the married couple, parents have gone forth and multiplied into all sorts of new varieties. Gay parents, stepparents, post-menopausal mothers, single parents by choice — these are a few of the standout examples. And there are also those we might call non-parent parents, or proto-parents: egg and sperm donors, or surrogate mothers. This proliferation of possible parents or quasi-parents has generated many new parental stories (and sometimes extreme headlines — "Woman of 70 has triplets," etc.).

That led to the thought that parental stories seemed to be oddly absent from older literature, in which parenthood tends to be just the predictable sequel — if mentioned at all — to the "happily ever after" story of falling in love and marriage. Or when a story is about a young person, parental figures are generally only seen in relation to the child, supporting or thwarting: they don't have their own stories.

But in re-reading some of these texts through this new lens, I often found that well-known works that we think of as being about growing up or the trials of romantic love harbor significant parental stories that are easy to overlook. Also, the plots of novels and plays are often bound up with secret parental stories — typically, until recently, to do with the shame of illegitimacy. 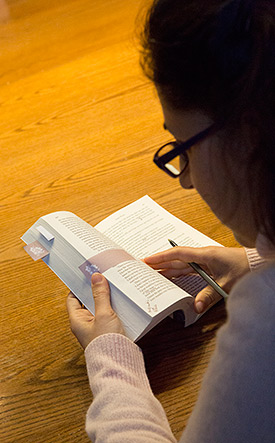 In her first semester at Princeton, Bowlby is teaching a graduate seminar on realist novels and the new undergraduate class "The Diary."

Using one or two of the texts you analyzed as examples, what parental stories did you see?

One "hiding in plain sight" example would be Sophocles' "Oedipus the King." Freud gave the Oedipus myth a new 20th-century notoriety by interpreting it as a universal story about the scandalous loves and hatreds of early childhood. This focus obliterates the way that Sophocles' play is also about extreme parental passions — both positive and negative. Oedipus' adoptive parents were childless and longed for a child. But his original mother and father wanted desperately not to be parents: They abandoned their baby to die. Without the rejection on the part of the first parents, and the secrecy on the part of the adoptive parents, the tragic events — Oedipus unknowingly murdering his father and marrying his mother — would never have happened.

We remember "Great Expectations" as the story of young Pip. But the novel is also about parental desire and ambition on the part of two single people who each adopt a child. Magwitch makes himself into Pip's "second father," funding his transformation into a "gentleman." And the famously eccentric Miss Havisham adopts Estella "to rear and love, and save from my fate": a complex and explicit set of objectives that brings together what she herself hopes to get out of parenthood and what she hopes to bestow on her daughter. These two adoptions lie behind all the major events of the novel.

The first half of your book is about modern parenthood — including advances involving in vitro fertilization, "gestational carriers," "reproductive tourism," and the idea of "reproductive choice." Why is that?

These are the new parental stories. Reproductive technologies draw out a contemporary desire, at all costs, to have "a child of one's own," with that "own" imagined as a biological connection. It is curious how that most scientific and impersonal of words — biological — has come to suggest the most personal tie to a child.

More broadly, having children has become a modern lifestyle choice — a source of fulfillment that is potentially detachable from any connection with a co-parent. But while this perspective may be new, there are historical precedents for the notion of independent parental desire and fulfillment. The adoptive single parents of "Great Expectations" are one literary example. And the title character of George Eliot's "Silas Marner" experiences single parenthood — through a toddler who appears on his doorstep — as an awakening of his own life. 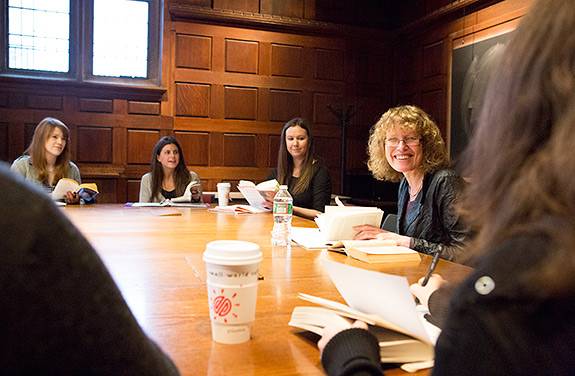 Bowlby, who taught most recently at University College London, leads a discussion in her graduate seminar.

Did anything jostle your own ideas about parenthood while researching the book?

I was struck by how often the most dedicated parents are not the orginal ones. That's true of both "Great Expectations" and "Oedipus," and numerous other narratives. One striking historical example I discuss in the book is the Foundling Hospital in London, set up in 1741 (eight years before Henry Fielding's epic "The History of Tom Jones, a Foundling," was published) because of the numbers of babies being abandoned. The initiative came from a childless man, Thomas Coram; and two of the institution's patrons, the artist William Hogarth and the composer G.F. Handel, also had no children.

Something else that surprised me is how "hidden" parental stories — as in the literary texts that I talk about — continue to emerge in new ways. For instance, there are lots of stories around now about women who were pressured to give up their babies for adoption in the 1950s and 1960s (the new film "Philomena" is one example). What's striking here is partly the turnabout shift of moral stance — so that now it's the repressive culture, and not the woman, that is to blame.

One story I didn't include in the book was about a woman from South Dakota in her 90s meeting the daughter she'd had at 16. With appalling irony, the magazine spun the story as "My baby came home … 77 years late!" The photograph showed two very old ladies, gamely beaming.