Wimmer masters details to redefine the big picture of conflict 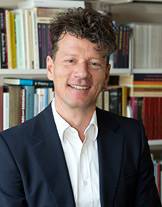 Sociologist Andreas Wimmer and his colleagues amassed and analyzed a database of all 464 major wars fought around the world from 1816 to 2001, allowing him to identify the formation and development of nation-states as an overlooked common thread in conflicts. Wimmer helps students connect the dots in their own work, too, as they seek the best ways to use data in research projects.

Sociologist Andreas Wimmer and his colleagues amassed and analyzed a database of all 464 major wars fought around the world from 1816 to 2001, allowing him to identify the formation and development of nation-states as an overlooked common thread in conflicts. Wimmer helps students connect the dots in their own work, too, as they seek the best ways to use data in research projects.

After amassing and analyzing a database of all 464 major wars fought around the world from 1816 to 2001, Wimmer identified the formation and development of nation-states as an overlooked common thread in conflicts.

Wimmer, the Hughes-Rogers Professor of Sociology at Princeton University, and his collaborators also built a database of more than 730 ethnic groups in every country from 1946 to 2005 and calculated the extent to which political marginalization increases the likelihood of conflict.

In the classroom, Wimmer dives into data second-year graduate students study to help them identify promising approaches for their work, on topics from water sanitation to the cost of funerals. One of his common queries: "Why is this important?"

And in his office, Wimmer encourages graduate students to tackle big questions. A discussion with sociology graduate student Yossi Harpaz focused on ways Harpaz could structure his research on dual citizenship policies so that it addresses the phenomenon around the world. Teacher and student filled a white board with possible approaches. "He asks questions that really push students to think," Harpaz said.

Wimmer's ability to connect the dots in research and teaching complements his skill in bridging methods, approaches and academic traditions, said Miguel Centeno, the Musgrave Professor of Sociology and a professor of sociology and international affairs.

"I think one of the most outstanding things about Andreas is that he combines two intellectual or scholarly worlds," said Centeno, who is also chair of the Department of Sociology. "He has all the erudition, the language training, the historical training, the philosophical training of an old-fashioned sociological historian. He also has technical capacity and a modeling expertise of a very, very new type of scholar.

"Here is someone who can work in and create massive data sets in very sophisticated ways but can also write very insightful pieces about the philosophical nature of nationalism," he said.

A new approach to studying conflict

Wimmer said he was drawn to Princeton's sociology department by its academic reputation and its outstanding faculty, as well as its collegial culture.

"All of these expectations have been borne out since I joined Princeton and the department, and I am very humbled and grateful for the warm reception that I received by my colleagues and friends in the department," Wimmer said.

Wimmer's move to UCLA coincided with the beginning of his decade-long effort to explore the common factors in conflicts around the world. His research culminated this year in the publication of his book "Waves of War: Nationalism, State Formation and Ethnic Exclusion in the Modern World," published by Cambridge University Press.

Wimmer said he was dissatisfied with arguments that pegged the causes of conflicts to a range of specific reasons — such as disputes over resources, the central government's inability to repress rebellion or sheer self-enrichment. Based on his firsthand observations of ethnic conflicts in Mexico and Iraq, Wimmer wanted to explore the idea that conflicts could be explained by a broader phenomenon: the formation and development of nation-states. 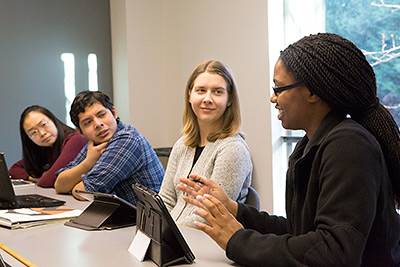 Wimmer helps second-year graduate students in the course "Seminar in Empirical Investigation" identify promising approaches for their work, on topics from water sanitation to the cost of funerals.

During his early work as a social anthropologist, Wimmer spent a year in a remote village in Mexico, where he watched as an indigenous political movement emerged, leading to the rise of the Zapatista group in the 1990s. And while doing work in Iraq in the 1990s, he witnessed tensions between the central government and Kurdish groups in the nation's north.

"A lot of the movements that were fighting the central states were motivated by desires for ethnic autonomy or were claiming the government had unjustly excluded them from government power," Wimmer said.

He points to other examples, too, such as the current fighting in Syria, along with the conflict that led to the creation of South Sudan and fighting in Kosovo.

His upbringing in Switzerland also played a role in developing his perspective, Wimmer said.

"Switzerland has three languages, or ethno-linguistic groups, but politics has never been divided along these lines, with a few brief exceptions during the First World War," Wimmer said. But in other countries, ethnic differences frequently lead to conflict, he said, and the contrast fueled his interest in the topic.

But Wimmer faced a problem. The data he needed to test his theory didn't exist. So, with the help of a team of graduate students, he created data sets on conflict and the formation of nation-states that cover the globe over long periods. Teaming up with political scientists from Switzerland, he also assembled a data set on ethnic politics of all countries since 1945.

Using that information, he found that the shift from empire to nation-state is the period when the likelihood of war peaks — with conflicts to establish nations and then fights for power within the nations. For example, he found that a 30 percent increase in the size of a country's population excluded from the political process raised the chances of civil war by 25 percent. In addition, almost 40 percent of independent countries have experienced at least one ethnopolitical rebellion since World War II, Wimmer found.

"I think the great thing about it is he's teaching us how to see the evolution of wars and the evolution of ethnic groups and nation-states almost in an archaeological fashion," Centeno said.

Wimmer is also known for asking insightful questions that get to the heart of research, Centeno said. "You can always tell the good questions are going to come when Andreas raises his hand," Centeno said. "He's done it to me."

Edward Telles, a professor of sociology, said Wimmer provides the sociology department with a strong link with European approaches to the discipline.

"He's not bashful about challenging Americans and the way they think," said Telles, who also served on the faculty at UCLA with Wimmer. "The Europeans and the Americans have both developed important ideas, and he's an important bridge." 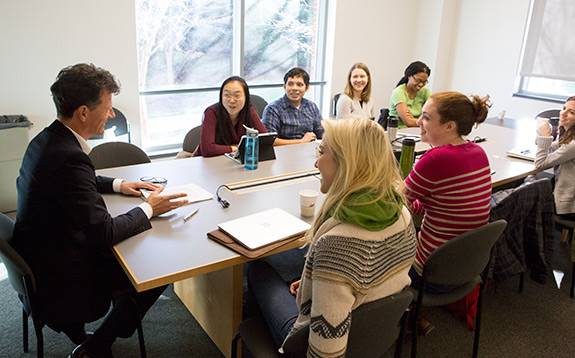 Delving into data in the classroom

Wimmer's wide range of skills and broad knowledge make him a natural to teach "Seminar in Empirical Investigation," the course that helps second-year graduate students structure their research efforts, Centeno said. "He's been magnificent at it."

Seniors writing their theses also get valuable guidance from Wimmer. Kathleen Sharkey, a member of the Class of 2013, said Wimmer helped her develop her topic and design of study for "Obesity and Socioeconomic Status: The College Effect."

"Professor Wimmer was extremely supportive throughout the entire yearlong thesis project," said Sharkey, who majored in sociology and is now training full time with the U.S. national field hockey team. "His helpful advice, continual feedback and positive encouragement were very valuable to me."

Wimmer has written or edited a dozen books in German and English. His second book published this year, "Ethnic Boundary Making: Institutions, Power, Networks," from Oxford University Press, offers a comparative approach and analytical tools to explore the way ethnicity and race are viewed differently and play different roles in countries around the world.

"It's been very difficult to have cross-cultural, cross-national conversations without this work," Telles said. "Andreas is giving us a common set of concepts and notions and languages about race, ethnicity and nation that is sorely needed." 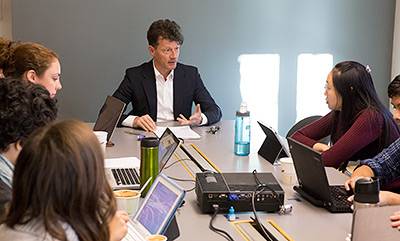 Wimmer pushes the conversation forward and frequently asks: "Why is this important?"

Wimmer is beginning to think about his next project, which he said may focus on how cultural and political phenomena spread around the world, from opera and hip-hop to the death penalty. He has his eyes on another massive set of data for that project — a database of content from major newspapers of all countries beginning in the early 1970s. "We'll see what happens," he said.

In July, Wimmer will take on a new responsibility and serve as director of the Fung Global Fellows Program. Administered by the Princeton Institute for International and Regional Studies, the program brings six exceptional early-career international faculty members from the social sciences and the humanities to Princeton for a year of research, writing and collaboration on a common theme. The theme for 2014-15 is "Global Diffusion."

"Wimmer's innovative work on the global spread of the nation-state as political form positions him well to provide new insights into diffusion processes across state boundaries," said Mark Beissinger, director of the Princeton Institute for International and Regional Studies and the Henry W. Putnam Professor of Politics.