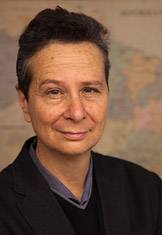 Edward Telles, a professor of sociology at Princeton University since 2008, studies immigration, race relations and social demography, focusing on race and inequality across Latin America and on Mexican Americans' assimilation in the United States. Before coming to Princeton, he worked on these issues for nearly 20 years in academia and in the field in Latin America, primarily in Brazil.

By spanning the social sciences and the Americas in his research, Professor Edward Telles has helped increase understanding of how race and inequality interact.

Telles, a professor of sociology at Princeton University since 2008, studies immigration, race relations and social demography, focusing on race and inequality across Latin America and on Mexican Americans' assimilation in the United States. Before coming to Princeton, he worked on these issues for nearly 20 years at the University of California-Los Angeles and in the field in Latin America, primarily in Brazil.

Telles said he combines demography and other quantitative methods with "the sensibility and understanding" that comes from anthropology, his undergraduate major.

"Anthropology has always been more worldly and more open, while most American sociology is still focused on the United States," Telles said. "The comparative part is important to me."

Princeton immigration scholar Douglas Massey has known Telles for more than 20 years. Telles' strengths, he said, are "his mastery of both quantitative and qualitative methods, his wide experience in Latin America, his fluency in both Spanish and Portuguese, and his openness to discussion and new ideas."

"With the arrival of Edward Telles, Princeton clearly became the best sociology department in the country for the study of immigration, Latin American society and Latinos in the United States," said Massey, the Henry G. Bryant Professor of Sociology and Public Affairs. 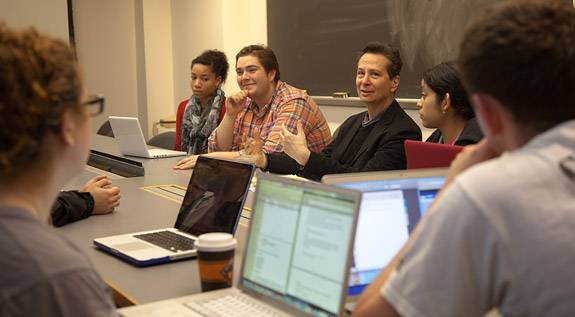 In discussing the differences in how various cultures deal with race, Telles often uses the United States as a point of reference for his students. In using a range of contexts, Telles is able to broaden the conversation about racial identity and race relations.

Examining issues of identity with a focus on Latin America

One afternoon during the fall semester, Telles taught a session of his undergraduate class "Race, Ethnicity and Nationalism in Latin America," in which the discussion concentrated on notions of racial identity in Bolivia and the Dominican Republic, often using the United States as a reference point. In the Dominican Republic, where European features are favored, Telles said, very few people identify as black despite many having a dark skin color and apparent African features, instead saying they are Indio, or copper colored. To appear less black, some people straighten their hair or bleach their skin, as evidenced by the many beauty shops offering these services in the Dominican Republic and in Dominican communities in the United States, he said.

"His questions always lead to interesting conversations," Lederman said. "His experience has made the class very unique, because we are learning from someone who is very much an insider. He has shown us intriguing new data and has been able to share funny and fascinating stories from the field with us." 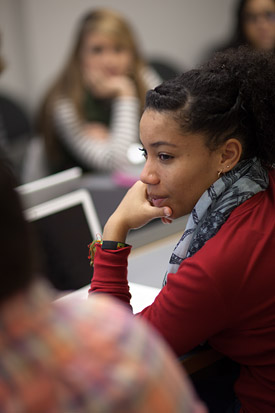 Senior Genay Kirkpatrick is one of the students in Telles' class "Race, Ethnicity and Nationalism in Latin America," which offers a comparative study of how race is perceived throughout Latin America.

Graduate students in the sociology department, such as Liza Steele, also appreciate Telles' ability to make connections between disparate cultures.

"In my dissertation, I analyze public opinion about income inequality and the welfare state throughout the world, with case studies of Brazil, the U.S., China and France, so Eddie's expertise on inequality in varied global contexts has been a wonderful resource for me," she said. "The field of sociology traditionally focused on the study of the U.S., so we are very fortunate to have among our faculty such a distinguished member of our discipline who can advise us about cross-national research."

Miguel Centeno, a Princeton professor of sociology and public affairs, said that Telles' expertise in race and identity issues, especially his sensitivity to the importance of context, is evident through the work of graduate students in the department.

"We share several students who can combine my interests in institutional forms of power with Eddie's concern with perceptions of identity and difference," Centeno said. "I know that he has made the students I work with smarter and has expanded the set of questions that they ask of the material."

With his current research endeavor, Telles is applying his comparative approach to the Project on Ethnicity and Race in Latin America (PERLA), which he leads and which is funded in part by the Ford Foundation. Made up of researchers across the United States and Latin America, PERLA involves two sets of surveys meant to address a lack of demographic data and comparative analysis about Latin America.

"There's really been no comparative work," Telles said. "People talk about Latin American race relations, but I know it's not the same in all of these countries."

In the first stage, Telles' group added a set of questions about ethnicity to the Americas Barometer, a Vanderbilt University-led survey in 24 countries in Latin America and the Caribbean. In the second stage, PERLA conducted in-depth surveys of more than 100 questions on topics such as racial attitudes, inequality and health in Brazil, Colombia, Mexico and Peru. Telles and his collaborators are writing up their results and plan to publish them in late 2012 or early 2013 in conjunction with a major conference at the University.

One of the striking findings Telles noted is that skin color is a better indicator than ethnoracial identity (what people call themselves — black, mulatto, white, mestizo or indigenous) in understanding income and educational inequality in Colombia, Ecuador, Peru and Mexico. In those countries, survey data based on ethnoracial identity suggested that blacks and mulattos may no longer suffer discrimination. However, interviewers also recorded respondents' skin color, and Telles found a strong correlation between skin color and income, occupation and education levels, with those with darker skin tones faring worse on measures of equality than those with fair skin.

"It's not just a matter of what people call themselves, because these things are so fluid anyway. … The more objective indicator is color," Telles said. "They're both aspects of race. They work in different ways."

Telles' path to the social sciences began in college. He entered Stanford University interested in physics and math but majored in anthropology due to his growing awareness of social issues through campus debates. Telles, who came from a working-class Mexican American background, became a student activist, protesting against issues such as South African apartheid.

After college, Telles taught English as a second language to immigrants in his hometown, Los Angeles, and then joined the city government's community development division, administering grants for housing and job training. While working for the city, he pursued a master's degree in urban planning at UCLA. Telles then earned his doctorate in sociology at the University of Texas-Austin.

"I liked this whole idea of studying social structures and trying to understand societies and how they work," he said. "I also had hands-on experience with real public policy issues that I wouldn't have had going straight through graduate school."

When Telles returned to UCLA as a professor in 1988, his early academic work focused on two areas: income and equality of Mexican Americans and undocumented immigrants, and socioeconomic issues in Brazil.

In 1997, he found an opportunity to study Brazil more closely when he took a four-year leave to work there as a program officer for the Ford Foundation. With his main responsibility to award grants to advance human rights, Telles had access to ordinary citizens, grassroots activists, top academics and high-level government officials. During that time, he observed both the rise of social movements for equal rights of blacks and indigenous people and, largely in response, the government's eventual implementation of affirmative action policies.

Telles' 2004 book "Race in Another America: The Significance of Skin Color in Brazil" examined how skin color and racial identity influenced socioeconomics and culture, as well as the country's racial history and policies, using demography, ethnography, history and policy analysis. The American Sociological Association honored it as the best book published in sociology in 2004.

Compared to the United States, Telles found, people in Brazil have much more interaction with people of other races in their economic class — through marriage, friendships and less residential segregation — but discrimination, educational inequality and economic inequality persist for nonwhite Brazilians. The book provided a new lens for viewing race relations in Brazil.

"Some of what I said had already been out there, but I don't think anybody brought it together like I did," Telles said. "I went well beyond demographic analysis so that I could present the big picture."

Before Telles went to Brazil, he had begun another big-picture project in his other area of expertise, immigration. When an old UCLA library was being retrofitted to meet earthquake-related building codes, workers found boxes in the basement with 1,200 surveys done in the 1960s of Mexican immigrants and Mexican Americans in San Antonio and Los Angeles.

Telles and fellow UCLA sociologist Vilma Ortiz decided to follow up with the original respondents, as the surveys provided unique information about assimilation unavailable through census data.

"People were writing about what was going to happen to Mexicans, often with no data," Telles said.

Telles and Ortiz interviewed nearly 60 percent (nearly 700) of the original respondents, and their children, looking at structural issues such as education and socioeconomic status, as well as cultural factors such as language, religion, intermarriage and political views. In Telles and Ortiz's 2008 book "Generations of Exclusion: Mexican Americans, Assimilation and Race," which won the American Sociological Association's awards for best book in the Latino and population sections, they concluded that Mexican Americans did not fit neat categories of assimilation or exclusion.

"There have been negative conceptions associated with this group that there had not been for many other groups of children of immigrants," Telles said.

Telles explained that culturally, Mexican Americans became part of the American melting pot, though not as quickly or fully as European immigrants, and the socioeconomic outcomes were much less certain. He noted that while education levels improved for the second generation — the children of immigrants — they leveled off or declined for future generations, with Mexican Americans having the lowest education levels among major ethnic and racial groups, slowing their assimilation in other areas such as occupation, wealth and residential integration.

"I sensed it from personal experience, but when it came out of the data it was really clear and it was really powerful," Telles said.

While other researchers expand on the book's findings, Telles said he is now focusing his research attention across Latin America. He plans to help extend the range and quality of research, and capitalize on new data and heightened awareness of racial identity and inequality matters.

Said Telles, "For the first time, most of the countries in Latin America are beginning to collect data on persons of African descent. All of the countries except for a couple of Caribbean countries are collecting data on indigenous people. This signals an increased awareness of the importance of the subject in Latin America and will provide the data for studies that are likely to challenge the dominant idea that race has little or no importance in the region. That's a big change."