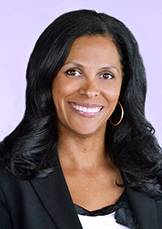 The appointment was announced Thursday, June 5, by Vice President for Human Resources Lianne Sullivan-Crowley, to whom Riddick will report.

"Romy Riddick excels as a human resources professional. She has a proven track record of forming strong relationships and connections across our community as well as providing exceptionally sound advice and counsel," Sullivan-Crowley said. "Her judicious and considerate style contributes to her effectiveness as a leader in the field of human resources and as a manager of people. I am thrilled she has accepted this new and broader role and look forward to partnering with her as we continue our work in support of the Princeton University community."

In her new role, effective June 1, Riddick will lead the employee relations, labor relations, diversity and inclusion, and learning and development functions within Human Resources. As a member of the senior leadership team, she will serve in a strategic role on all human resource issues. She will be engaged in a broad range of activities and serve on a variety of University committees, both highly strategic and tactical, to inspire, promote and foster a positive, diverse and inclusive culture at Princeton. She will also work closely and collaboratively with key campus constituents as a partner and resource to maximize the capabilities of the talented workforce at Princeton.

Prior to joining the University, Riddick was senior vice president and head of talent management and diversity at TD Bank. Previously, she worked in various senior-level capacities at Pricewaterhouse Coopers in New York, including as the manager of retention strategies in the Office of Diversity.

Riddick has a bachelor's degree in political science from the University of Maryland. She received various recognition awards, including the YWCA Academy of Women Achievers (2010) and TD Bank Vision in Action Award (2010) and Bank CEO Leadership Award (2010). In 1999, she was named as a "professional to watch" by Black Enterprise Magazine. Riddick also has served on a number of boards, most recently as the commissioner of the Women's Refugee Commission.